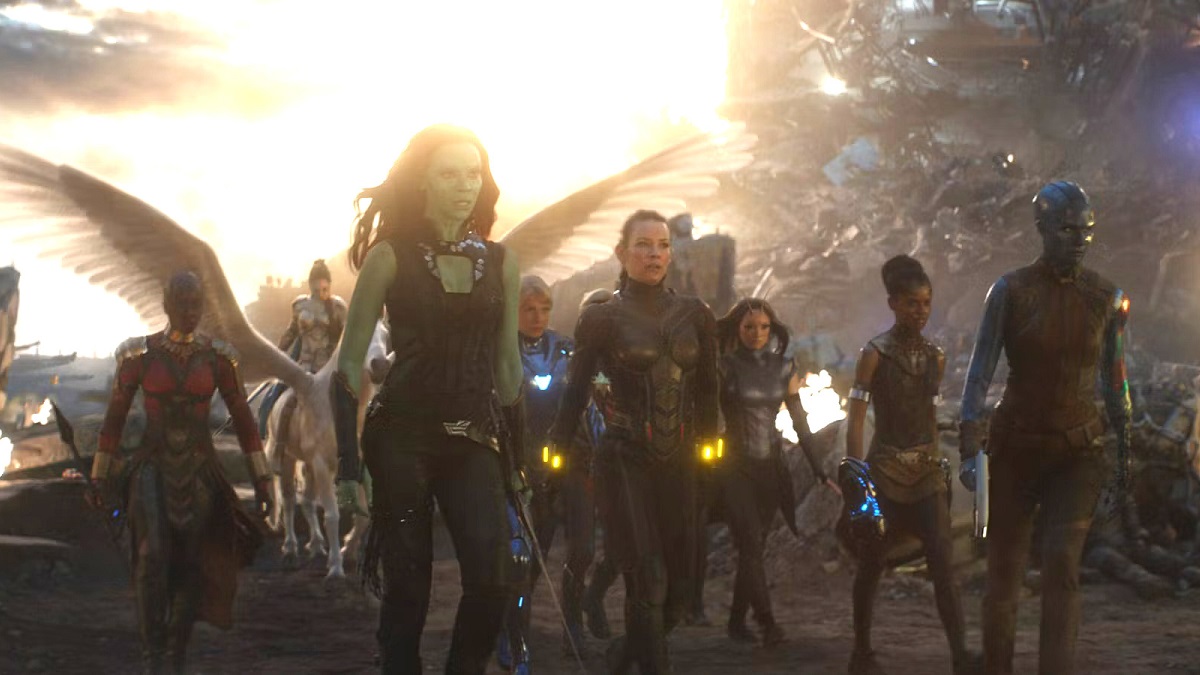 As we head ever closer to Earth’s Mightiest Heroes reforming in Avengers 5 and 6, speculation is increasing over which characters will form the founding members of the MCU‘s New Avengers team. While the OG lineup — Iron Man, Captain America, Thor, Hulk, Hawkeye, and Black Widow — is going to be tough to top in terms of icon status, there is one way in which the rebooted roster can beat out their predecessors. And it’s just an added bonus that it’s bound to make misogynist manbabies everywhere furious.

A new rumor has emerged pointing to Sam Wilson forming the New Avengers in Captain America: New World Order. As @NewRockstars shared, the prospective lineup of the next six leading Avengers goes: Sam Cap, Shang-Chi, Captain Marvel, Ant-Man, Black Panther (Shuri), and She-Hulk. And what is it that’s most notably different about this lineup? Half of them are women, which would be a huge improvement on the 2012 team.

While a lot of fans are obviously excited about that possible eventuality, inevitably others are fuming over the idea that half of the New Avengers could be “females.” Just a glimpse at the replies to this tweet and others of the same ilk will reveal a ton of comments from those claiming to hate this roster will every fiber of their being, with Carol Danvers, Jen Walters, and Shuri unsurprisingly bearing the brunt of the backlash.

Weirdly, though, many are complaining that this team pales in comparison to the OGs, which is frankly nonsense as Captain Marvel and Shang-Chi alone are among the MCU’s heaviest hitters. Having said that, there are some strange absences here, including Doctor Strange, Spider-Man, and even Thor, so this could well end up being much different from the final lineup. Again, this squad roster is only a rumor at this time.

Nevertheless, if it angers the right kind of people, we’ll happily embrace this New Avengers team with open arms.