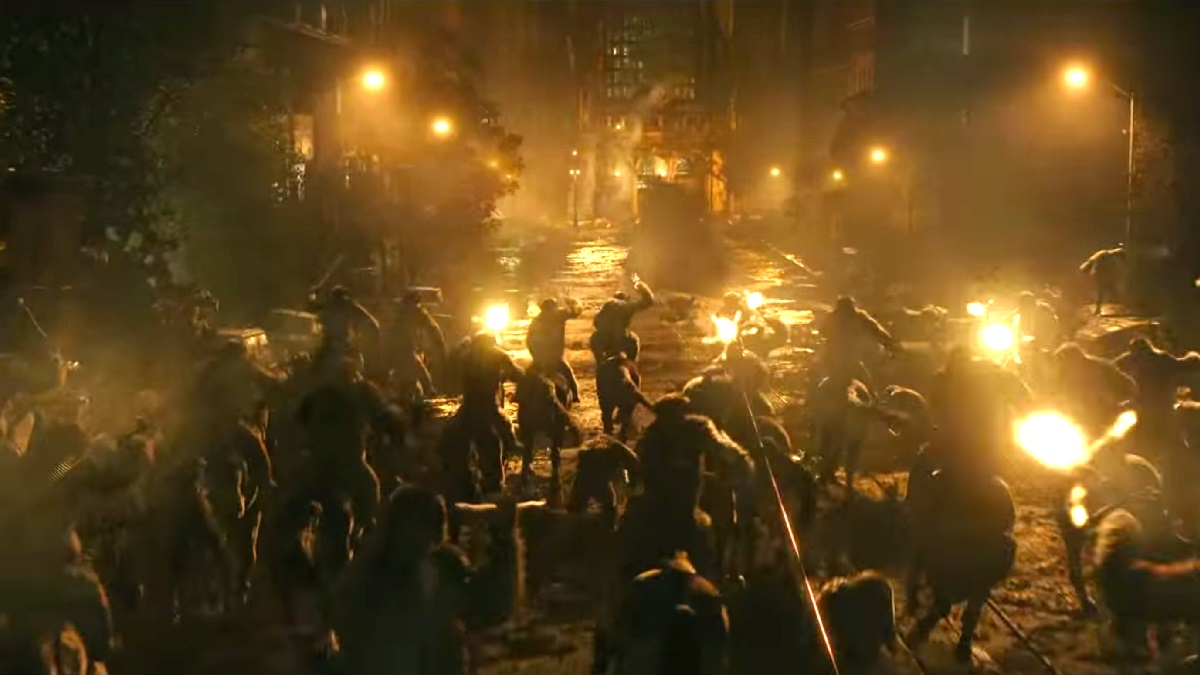 Nobody was expecting particularly great things from Rupert Wyatt’s Rise of the Planet of the Apes, which came little more than a decade after Tim Burton’s maligned reimagining, leading many to question why the iconic sci-fi franchise was being dusted off and rebooted again. Of course, the opening chapter knocked it right out of the park, but it was Matt Reeves’ Dawn of the Planet of the Apes that announced to the world we were staring one of the all-time great trilogies in the face.

Dropping us back into the world a decade later, the story finds an intrepid band of human survivors forming a tenuous alliance with Andy Serkis’ Caesar and his clan. Of course, there are looming threats from both outside and within, coming chiefly from Toby Kebbell’s power-hungry Koba and Gary Oldman’s Dreyfus.

From there, the sh*t rather ironically gets thrown at the fan, with battle lines being drawn between the fading homo sapien population and their simian counterparts. On paper, everything about the entire Planet of the Apes saga is inherently ridiculous, but treating it with the utmost seriousness was the smartest decision the phenomenal three-film series made.

We’re getting a direct sequel to the trilogy that was a reboot of a reimagining of a long-running saga that incorporated both film and television productions – because Disney is quite happy to milk any cash cow for all that it’s worth – but Wes Ball’s Kingdom of the Planet of the Apes has a lot to live up compared to its most recent predecessors.

Regardless, Dawn of the Planet of the Apes has been the pick of the bunch this week on streaming, with FlixPatrol revealing that it’s overthrown the established order on streaming to become one of the most-watched features on both Google Play Movies and iTunes.