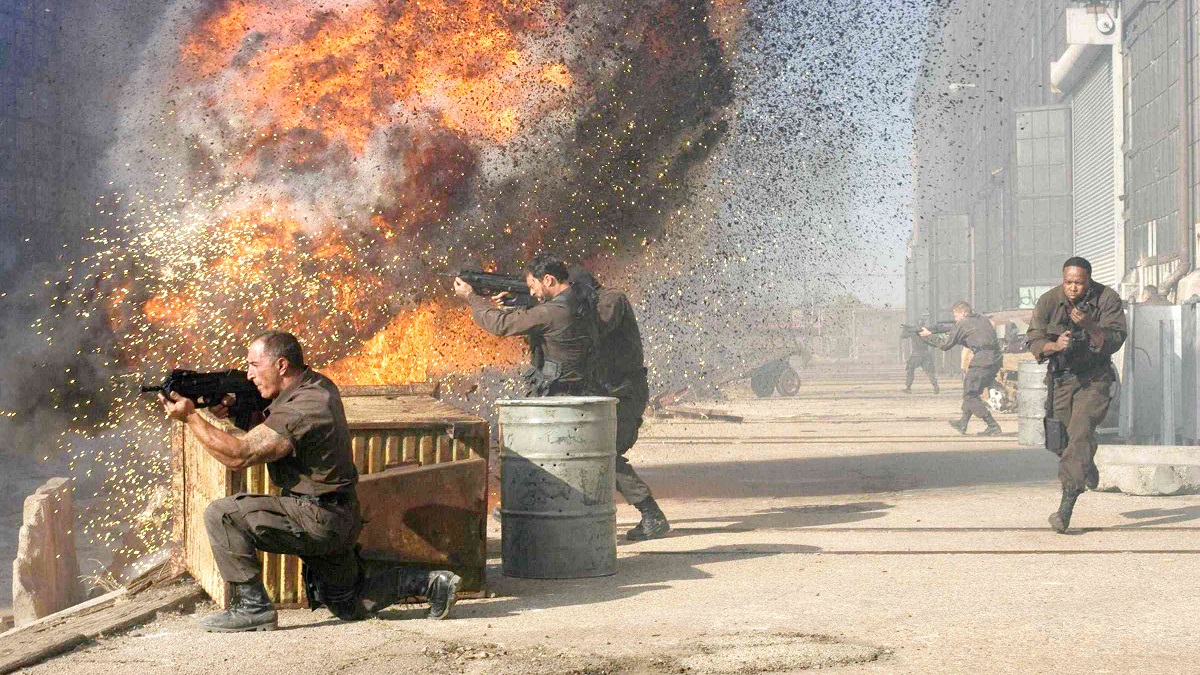 They say the best video games movies are ironically the ones that aren’t based on a pre-existing console property, with the recent Jumanji sequels and Free Guy presenting pretty solid evidence. Mark Neveldine and Brian Taylor pre-empted those aforementioned titles with the demented Crank duo in the mid-2000s, but the pair’s next effort Gamer fell flat despite diving headfirst into a literal console war.

If you were to take every gaming cliche, boil it down into an unappealing soup, and then throw it at the screen; that’s pretty much what this film is. There’s plenty of macho posturing, incredible levels of violence and gunplay, a grunting hero, the almost complete objectification of any female characters, sweaty players in dimly-lit rooms, plenty of boob and butt shots, and identical twins using the tag Kumdumpstaz who expose themselves in an effort to try and get what they want.

Subtle, Gamer is not, and that even extends to a plot that hints at a social undercurrent, but gets too distracted by shiny things and explosions to see it through. In the near future, death row inmates can volunteer for a game called Slayers, where they’re controlled via neural implant and forced to battle to the death. Win 30 matches, and a full pardon comes your way.

However, the sh*t hits the fan when Gerard Butler’s Kable gains a dangerous level of sentience, setting him out on a path towards revenge. Gamer was panned by critics, and flopped at the box office, but it’s since mounted a comeback on streaming.

As per FlixPatrol, the shoot ’em up has made an impression on Prime Video subscribers, even reaching as high as third spot in the United Kingdom. If Mountain Dew was a motion picture, this is what it would look like.