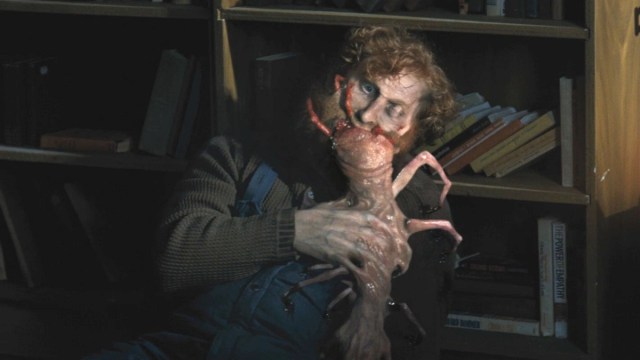 You can state with a fair degree of certainty that precisely none of the horror remakes to try and reinvent almost every recognizable classic over the last two decades have come close to recapturing the magic of the original, but even attempting to reach greatness becomes a lot more difficult when the studio goes out of its way to make a movie actively worse, as turned out to be the case with 2011’s The Thing.

Of course, John Carpenter’s beloved 1982 chiller was a new version of 1951’s The Thing from Another World, which was itself adapted from 1938 novella Who Goes There?, although it’s comfortably the definitive take on the story. Nobody was clamoring to see the remake of a remake of an adaptation, then, but matters weren’t helped once principal photography on Matthijs van Heijningen Jr.’s icy tale of terror had wrapped.

The majority of creature effects were achieved practically on set, but for reasons that continue to piss off the film’s small band of supporters to this day, the decision was made in post-production to implement CGI instead. The end result brought wildly inconsistent renders that often look laughably unconvincing, and that boneheaded call on Universal’s part has unsurprisingly become one of the biggest talking points on a Reddit thread attempting to drum up support for The Thing.

It bombed at the box office, was widely panned by critics, and saw a Director’s Cut campaign fail because not enough people supported it, so it hardly sounds as though we’re in the presence of an unfairly underrated gem. The team responsible for the practical effects dumped from the theatrical edition even made their own film in response named Harbinger Down to exercise their demons, so at least they had the opportunity to showcase their gnarly work to the masses one way or another.

It wasn’t great, either, but The Thing V2.0 would have definitely been improved if the ropey CG hadn’t been forced upon the filmmakers when it wasn’t quite up to scratch.