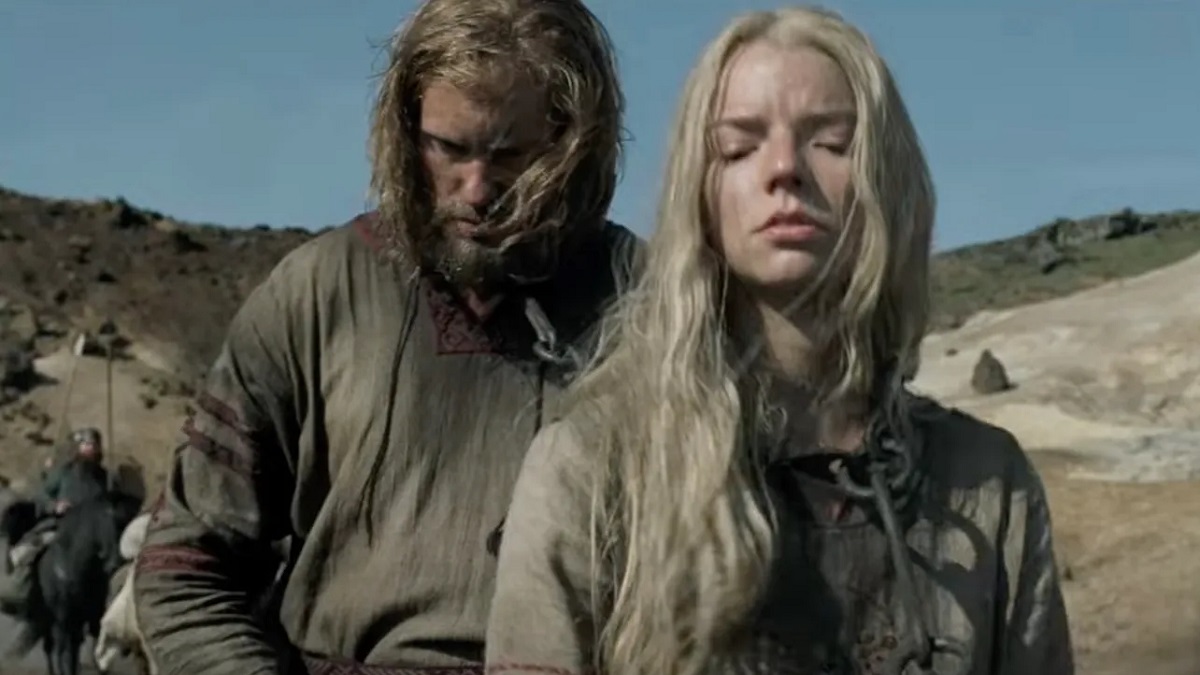 The Northman is being hailed as a superb work of the cinema, but beyond director Robert Eggers’ creative effort to bring this epic historical film to life, it seems that the movie might owe an estimable deal of its success to lead actor Alexander Skarsgård giving it his all.

In a recent chat with the film’s two lead figures Skarsgård and Anya Taylor-Joy, the latter told Total Film about the difficulties of their shoot, claiming that at one point, she thought her co-star might not survive the ordeal.

“My apartment was just floor-to-ceiling windows. It was like a bird box. And I remember going outside and it was just hailing. It was around midnight.

“I had just sent Alex a text and I was like, ‘He’s naked on the base of a volcano right now for the fourth day in a row, swinging the sword like it’s not.’ It’s not easy. It’s a miracle that anyone survived this. And (to Skarsgård) you nailed it. You did such a good job.”

The Legend of Tarzan star further elaborated on some of the challenges they faced filming the movie, detailing one instance, in particular, that was the hardest thing for him to shoot.

“The raid was technically very difficult because we were both there with 40 other actors and 20 stuntmen and 300 extras and horses and chickens.

“It was a lot in one shot. That was technically difficult, but my character in that sequence, he’s in a berserker state. It didn’t demand much emotionally. He’s a bear. He channeled his inner bear-wolf hybrid, his spirit animal. Now, the end fight was more challenging because it’s also a long, difficult sequence.

“But it also demanded the emotional climax of the movie. To get that in there while remembering the choreography of the whole fight, when you’re naked and cold in the morning.”

Fortunately for the entire crew, all of these hardships have paid off for The Northman, with the film currently retaining a “certified fresh” score of 89 percent on Rotten Tomatoes, based on 66 reviews. Personally, we can’t wait to see what Eggers has cooked up with his latest acclaimed action film when it premieres in theaters on April 22.