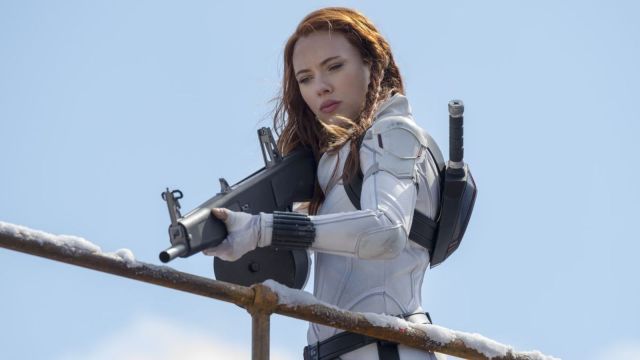 Phase Four of the Marvel Cinematic Universe, which officially concluded with Black Panther: Wakanda Forever, has hardly been unanimous among fans. Even the most well-received outings have a good portion of critics, while the most questionable efforts manage to gather a few supporters. Black Widow is somewhere in between these two groups.

Almost a year and a half after its theatrical release, now with the power of hindsight, Marvel fans are reevaluating Black Widow‘s worth. “Black Widow is not a bad movie,” one Twitter user declared, prompting a number of reactionary comments, mostly in disagreement.

“I agree. It’s a terrible movie,” one fan shot back. Another recognized the value in the writing of both Natasha and Yelena’s characters, but just couldn’t get past the “horrendously bad CGI climax.”

I think Nat and Yelana are great in it. They just ruined Taskmaster and had a horrendously bad CGI climax. It’s hard to dislike the movie when I loved the two main characters, but I do

Black Widow follows Avenger Natasha Romanoff in between the events of Civil War and Infinity War as she helps her sister Yelena Belova take down the Red Room — the secret Soviet-Russian program responsible for creating an army of Black Widow spies. The movie finally gives fans the long-awaited look into Natasha’s past, including her family.

Natasha’s standalone film had been a long time coming in the MCU, especially after her death in Avengers: Endgame, so the stakes were definitely high for MCU debutante Cate Shortland. At the time, the reception was lukewarm, with some praising the movie’s themes, while others felt too distracted by its subpar CGI.

On review aggregator website Rotten Tomatoes, Black Widow is definitely not among the most successful Phase Four titles, but it still ranks above the likes of Doctor Strange in the Multiverse of Madness, Thor: Love & Thunder and Eternals.

A recent study showed that Black Widow is Disney Plus‘ most searched-for film in 99 countries. It’s available to stream now on the platform.