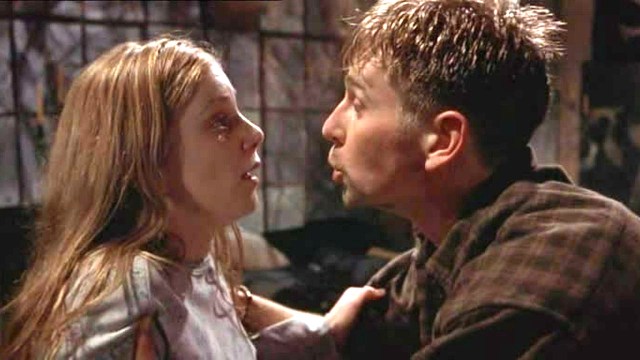 If you weren’t there at the time, it’s hard to overstate just how seismic an impact The Blair Witch Project had on not just horror, but cinema as a whole. Naturally, because it was a massive critical and commercial success, a sequel arrived not too long after. In an even more inevitable development, Book of Shadows: Blair Witch 2 was awful.

The first installment was a viral marketing sensation, a game-changer, and a revolutionary all at once. It was an unprecedented, attention-seizing, and wildly inventive method of generating interest in a low budget movie by blurring the lines between fact and fiction, which saw it become one of the most profitable films of all-time after earning close to $250 million at the box office.

On the other hand, Book of Shadows tried to lean into meta self-awareness, but it turned out to be a disastrous move on all counts. Five people obsessed with The Blair Witch Project make a tourist pilgrimage to where it was shot, only to find themselves caught up in an all too real supernatural nightmare that fractures their psyches and drives them to the brink of madness.

Looking at its 14 percent Rotten Tomatoes score and 18 percent user rating, not to mention a deserved status as one of the worst horror sequels to have ever existed, Book of Shadows was a misfire on every conceivable level. And yet, it’s somehow conspired to find a new lease of life on streaming, because people will literally watch just about anything on-demand.

As per FlixPatrol, Blair Witch 2 has conjured a spot on the Starz global rankings, and we can’t even begin to think of a reason why. Watch the original instead, or even Adam Wingard’s surprise sequel, because the second chapter sucks.