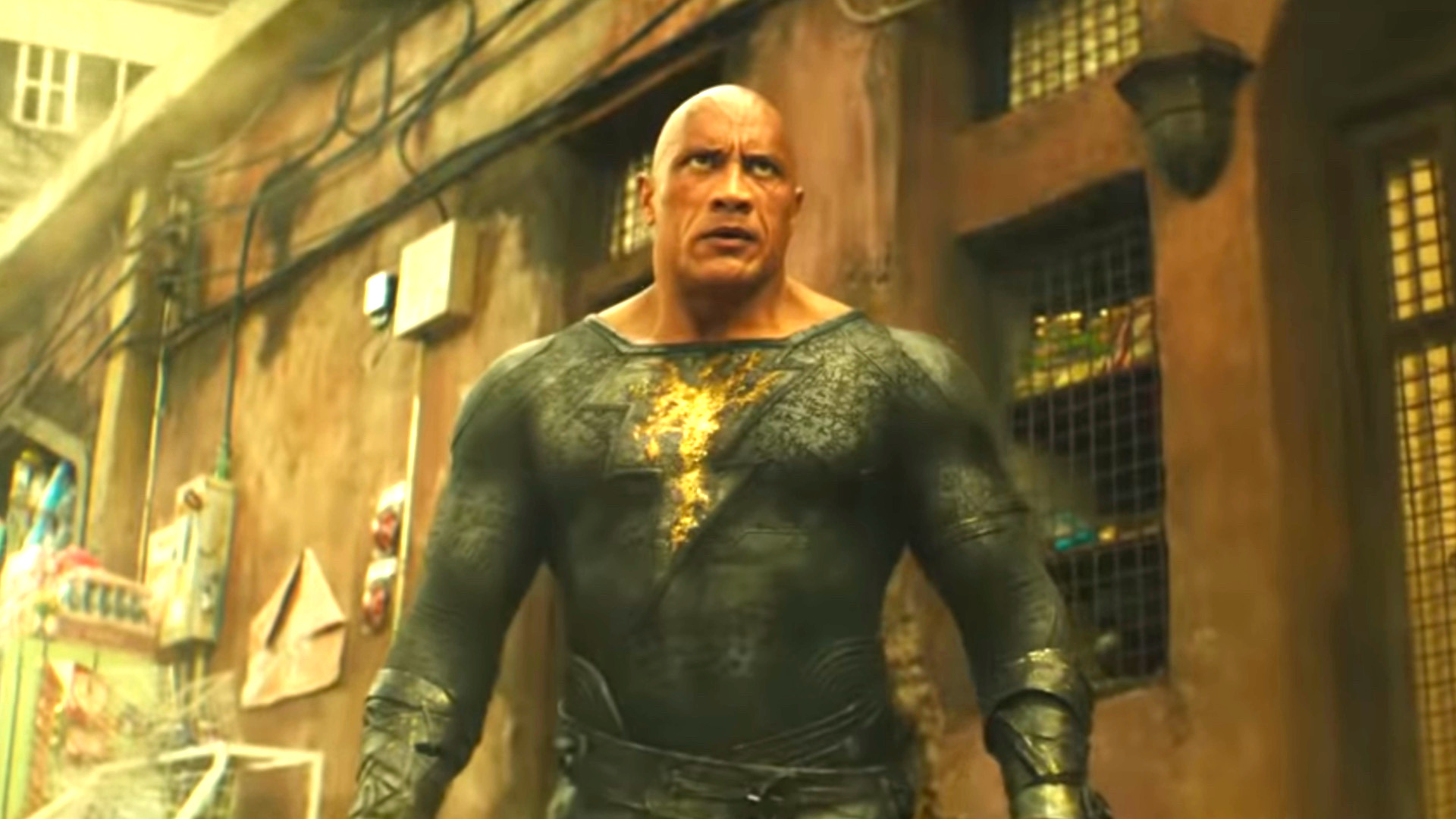 Dwayne “The Rock” Johnson has shared a brand new behind-the-scenes look at his Black Adam, as the internet heats up for the first trailer.

The blockbuster will also be a rockbuster, with peak Hollywood star Dwayne Johnson starring in a DC movie that’s seemingly been in development since the Stone Age. The Rock has already begun the marketing train ahead of the first trailer’s release, sharing a new look from the film’s set on Twitter.

Captioned with “here’s a cool bts pic from set of the man in black … hovering [sic]”, alongside the hashtags “#mentalchess” and “#JSA”, standing for Justice Society of America from the original comic source material.

It’s somewhat surprising to finally have a trailer so close to coming out. The Rock was originally cast for the role of Black Adam way back 2014, after initially being considered for the role of Captain Marvel / Shazam in the 2000s. Black Adam will portray the titular character as an antihero rather than a straight villain or hero, with Warner Bros. reportedly concerned about the idea of Dwayne Johnson playing a straight down the line villain.

With such a long road to development, fans will be pleased to know there’s just mere hours left until the first peak at the film is shown. Co-starring Noah Centineo, Aldis Hodge, Sarah Shahi, Quintessa Swindell, and former James Bond leading man Pierce Brosnan, the film will introduce several comic mainstays to the DC Extended Universe. Hawkman, Doctor Fate, and Atom Smasher are all set to play pivotal roles in the film, as the DCEU continues to expand.