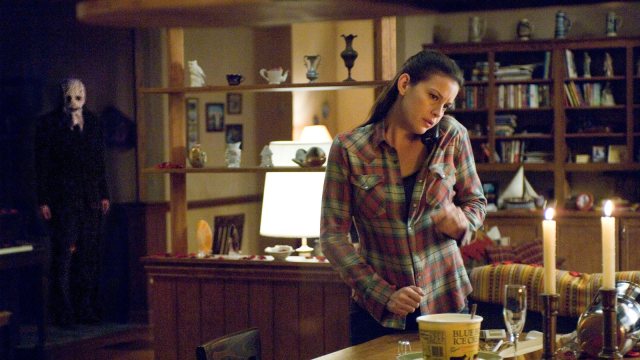 What is old is often new again, and, in entertainment, remakes are the norm, and now, The Strangers horror films are in the hands of director Renny Harlin for another round.

Variety reported the news today that the filmmaker, whose earliest work includes an entry in the Nightmare on Elm Street franchise, is bringing a new look to this franchise, which began in 2008. Harlin is making a trilogy of films that have started production in Slovakia, and, according to the report, the series will follow a new crop of characters as they experience strife.

“Starring Madelaine Petsch, Froy Gutierrez and Gabriel Basso, the film will follow Petsch’s character as she drives cross-country with her longtime boyfriend (Gutierrez) to begin a new life in the Pacific Northwest. When their car breaks down in Venus, Oregon, they’re forced to spend the night in a secluded property, where they are terrorized by three masked strangers.”

The most recent release in the franchise was The Strangers: Prey at Night in 2018, taking place after the events of the first film. It made money on a low budget, and while it received mixed reviews: some critics felt the piece was better than its predecessor, while others called it inferior.

This stands to be a major work from Harlin, whose recent output has been lesser-known. His most well-known film was Exorcist: The Beginning in 2004, which had many issues behind the scenes. He is a frequent Razzie award nominee.

It is unknown if those who have played the titular strangers in prior releases will be back for this or if any characters who survived their previous bouts with them will return for more. The sequels are also purportedly being produced consecutively by Harlin, too. The first installment currently does not have a release date.