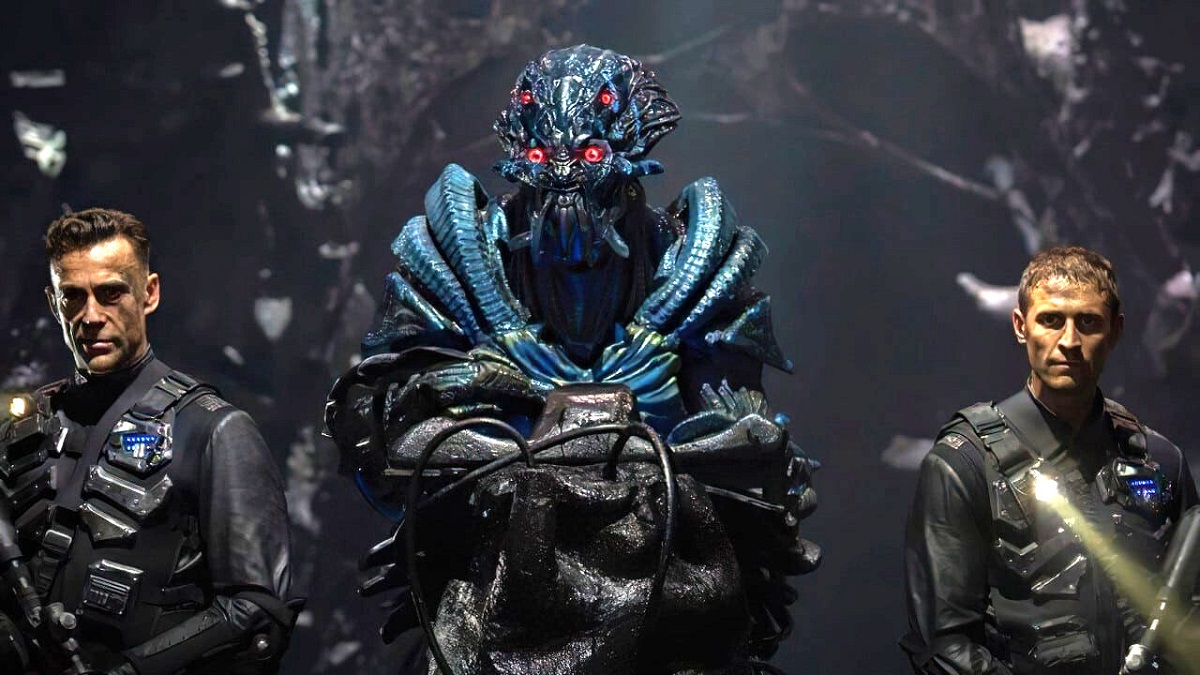 The vast majority of multi-film franchises tend to adopt a similar style, tone, and/or aesthetic to maintain a sense of continuity, but that definitely doesn’t apply to the endearingly bizarre Skyline trilogy.

The first installment was admittedly terrible, with Alien vs. Predator: Requiem directors Greg and Colin Strause delivering another lamentable sci-fi, this time adopting a found footage angle that found a disparate bunch of characters trapped in condo who helplessly watch aliens mount an invasion of Los Angeles.

Seven years later, the playbook was thrown out of the window and the concept completely reinvented for sequel Beyond Skyline, which bumped original co-writer Liam O’Donnell to sole scribe and director. Adopting a more straightforward action-heavy approach, proven ass-kickers Frank Grillo and Iko Uwais were roped in, and the result was a substantially superior slice of genre thrills.

Threequel Skylines mixed it up once again, taking a detour that leaned into space opera territory, with humanity mounting one last stand against their hybrid hosts when a virus begins to turn the extraterrestrials against the earthlings, leading to a journey beyond the stars to put an end to things once and for all.

The film has proven to be a regular performer on streaming, with Prime Video subscribers the latest to get in on the act after Skylines secured a place on the platform’s global most-watched list, as per FlixPatrol.

It wasn’t received quite as well as its predecessor, but a $20 million feature that served as the third chapter in a middling saga landing a 56% Rotten Tomatoes score is a respectable return, especially when the pandemic saw Skyline shuttled directly onto VOD with little to no fanfare whatsoever.