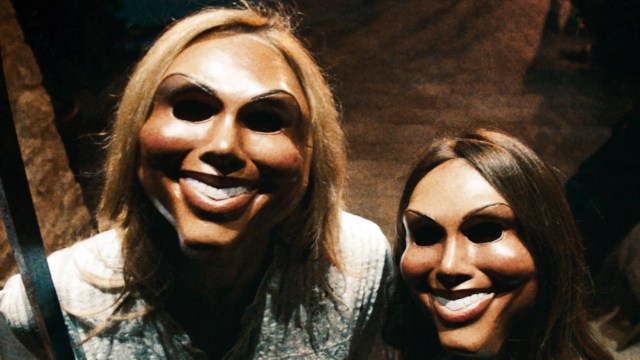 Horror movies like to scare people through the use of jump scares, monsters, and even the supernatural. But sometimes, when you watch these films, have you ever wondered, “dang, even I could have survived that.” Your whole life could have been spared if you didn’t follow that stranger down a dark alley or been obviously aware of the multiple red flags.

While these movies like to entertain us by showing the extreme sides and consequences of human nature, some of these films have shown how this whole situation could have been avoided if people applied some common sense. And to show some examples, here are 10 horror movies that even you, the viewer, could easily survive.

Do you know what the main lesson we got from Carrie is? Don’t be an asshole and bully your classmates. If nobody bullied Carrie or at least cared for her, she wouldn’t have caused a rampage and murdered everyone in the school. Imagine all the lives that could have been saved if people were nice to each other. Or at least stood up for her, considering that she came from a strict religious household.

There is a reason why “vet checks” became a piece of popular modern dating advice. You really need to know who you’re dating, especially if where they live is super suspicious. In the film, Chris’ friend, Rod tells him that plenty of people of color have gone missing in the neighborhood his girlfriend’s family lives. If he did just basic research on where they’re heading, maybe he’d learn that his girlfriend may be bad news.

While it is fair that human curiosity is the cause of this, if someone tells you about a haunted tape that could kill you in weeks, don’t watch it. Especially if you heard rumors that it happened or know someone who died. Why would you risk your life if you heard stories about the outcome? Destroy the tape immediately.

While the easiest solution may be to move countries, even if it’s just across the border, not everyone has the means to do so. Sadly, despite having to spend lots of money, you do not leave your house during the Purge. You also don’t invite bodyguards or strangers you don’t know to your home. Instead, heavily protect your house even if it means installing steel doors and strong windows. But most importantly, don’t elect government officials who plan to turn your country into a real-life Hunger Games.

MEGAN is a story about an AI gone rogue after it was programmed to protect a little girl. But, all of the trouble simply could have been avoided if the aunt knew how to take care of her niece without being over-reliant on technology. Do you know what could have been a better solution to cheer a child up from such trauma? Therapy. Even the film calls out the mistakes of the aunt right before disaster struck.

These teenagers put their lives at risk by deciding to rob a house in the first place. Let alone, a house of a former war veteran. This film is more of a warning to those willing to do the same thing. They should have stayed at school and worked their way out of a terrible situation rather than attempting to rob a place.

The whole plot of It could have been avoided if the little kid didn’t play in the rain and talked to a stranger. Also, why are the grown-ups so incompetent when it comes to their missing children cases? Why are the town’s children doing the investigation? It’s no wonder why Pennywise can get away with all his murders and kidnappings. The solution, keep a good eye on your children. If you knew something bad is happening, report it to the police. If not, don’t let a group of children investigate.

Did you know Bear Gryll’s production team has some experience working in high-risk outdoor situations? This is why they’re qualified to follow Grylls around while producing his show. So, you could imagine the danger when a group of filmmakers with little outdoor experience enters a forest, let alone find a giant snake. Stay within your means and area of expertise rather than go running around, thinking that someone who’s never encountered an animal before could do something.

Truth or Dare could have been avoided in two ways. One, if Olivia ignored the peer pressure and went on her trip to build houses for Habitat for Humanity. But, the second way all of this could have been avoided is if you said no to a random stranger and never went to an abandoned area. Why do people forget the simple message of “stranger danger” in these films?

There is a reason why you don’t toy with life or death. That’s because there are certainly massive consequences if you do. Even magicians and stunt artists are warned about this during their acts. If magicians and illusionists accept that they will be risking their lives doing dangerous tricks, imagine a group of university medical students who already knew the risk. Also, what is there to gain by toying with life and death? Nothing, that’s what.

While horror movies like to showcase monsters or deadly ghosts, most of the main killers of these films are human curiosity or the lack thereof. Therefore, if you want to survive most horror films, don’t go after things that you have zero knowledge of, and follow basic safety principles.