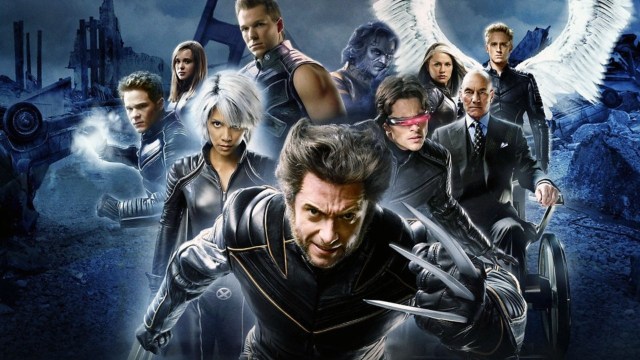 It is hard to understate how the MCU totally changed the game when it comes to superhero adaptations. While there were good superhero adaptions before the MCU landed in 2008, like Sam Raimi’s Spider-Man and the original Christopher Reeve-led Superman movies, there were loads of stinkers. And for a long time, many believed that comic book to screen adaptations were some of the riskiest adaptions in Hollywood, as there was a high chance the film would bomb.

In fact, some of these early adaptions make Morbius look like My Dinner With Andre. So here are the worst pre-MCU superhero adaptations.

While it has become a popular “bad movie,” in recent years, 2006’s X-Men: The Last Stand was heavily criticized by viewers when it hit screens. While fans enjoyed the previous two X-Men movies, this one became infamous for having a terrible plot that even the dream team of Hugh Jackman, Kelsey Grammer, Patrick Stewart, and Ian McKellen couldn’t save.

Famously, many of the people who worked on the previous two films, including director Bryan Singer, had left the franchise to go and work on Superman Returns, forcing a whole new team to step in and tie up the trilogy. However, while the film is hated now, it did very well at the box office. It was also the 7th highest-grossing film of 2006, so it deserves some praise. Also, Vinnie Jones’ Juggernaut spawned a surprisingly endearing meme, so it isn’t all bad.

After Doctor Strange in the Multiverse of Madness and Spider-Man: No Way Home, people are finally giving Doctor Strange the love he deserves. While the character launched in 1963. He has always been one of Marvel’s most overlooked heroes.

But that doesn’t mean people have not tried to make movies based on the hero. And the worst example is Dr. Strange from 1978, a pilot for a live-action television series in the vein of The Incredible Hulk show from the same era. This film sees Doctor Strange battling Morgan le Fay, who is attempting to kill the previous Sorcerer Supreme so she can corrupt the next in line to the title.

Peter Hooten puts in a delightfully campy performance as Doctor Strange, and the entire film is packed full of trippy 1970s effects and a weird (if topical at the time) approach to mysticism. However, it’s hard to deny that the film is a lot of fun to watch with friends.

Supergirl is a beloved DC institution, so you’d think that a film based on the character would be a guaranteed hit. However, 1984’s Supergirl proved that wasn’t the case. Technically a follow-up to the third Superman film, this picture sees Helen Slater take the role of Supergirl, with Jaws 2 director Jeannot Szwarc executing his creative vision.

This film reveals that a small pocket of Krypton survived the planet’s destruction by going into a cross-dimensional space called the Survival Zone. However, when this area’s power source, the Omegahedron, is fired into space, Supergirl gives chase, ending up on Earth as she does. The Omegahedron is recovered by a witch called Selena, who hopes to use it to gain true power and free herself from a warlock named Nigel, which might be the least cool warlock name ever.

Featuring a ludicrous plot, terrible special effects, and some odd design choices, Supergirl is a total B-Movie. However, it is endearingly rubbish, meaning that many fans praise the movie’s “so bad it’s good” qualities.

The Fantastic Four can’t catch a break. Every attempt to bring Marvel’s legendary foursome to the big screen goes wrong. Famously, the unreleased 1994 film version of the property was shot in under a month. As it was only made so Bernd Eichinger could cling to the franchise’s rights. While not as bad, 2005’s Fantastic Four is still supremely lacking.

And this is despite having a pretty good cast; Jessica Alba plays Susan Storm, Ioan Gruffudd takes the role of Reed Richards, and superhero movie mainstay Chris Evans plays Johnny Storm. However, this cast is let down by a basic script that retells the team’s origin story with little drama, flair, or excitement. The film also struggles to decide if it wants to be part-comedy or not, with several attempts at humor falling totally flat as a result.

1979’s Captain America sees Space Mutiny star and B-movie legend Reb Brown take up the iconic superhero mantle. This made-for-TV movie sees Reb play Steve Rodgers. After an attempt on his life fails, he gets injected with the FLAG formula, which turns him into a superhero. With these powers, Steve heads out to find the men who killed his father and tried to kill him.

Featuring some very cheap costumes and a wafer-thin plot, Captain America is far from a cinematic masterpiece. It also has very little connection to the comics it is based on, with Captain America’s primary tool being a super-powered motorcycle. However, Reb Brown has this weird charisma that makes him utterly mesmerizing on screen. If you like campy, late-70s nonsense, then you’ll likely have a good time with Captain America, even if it doesn’t do the source material justice.

1994’s The Crow is a cult classic for a reason. A dark and gritty film based on the comic book created by James O’Barr, the film did amazingly well when it came out, and is considered a trailblazing film today. However, its sequel, The Crow: City of Angels, is thought to be none of those things. It got mocked at the time of its release, and the film is frequently criticized by fans of the franchise.

The movie sees a new person resurrected by the Crow, so they can get revenge on their killer. The new cast lacks the natural charisma of the cast from the original film, and the visuals lack the flair that made the original so striking. This film’s main issue is that it cribs too much from the first movie. But, this sequel simply doesn’t work as well as its predecessor, making it feel like a laughably cheap imitation of the original cult classic.

It can’t be understated how the Christopher Reeve Superman movies totally changed the comic book adaptations game. The first Superman film is still one of the best comic book adaptions in cinematic history and is regarded as the best Superman film ever. Reeve perfectly captured the character’s essence and the movie’s clever use of special effects, alongside its excellent writing, made the film into an instant classic.

And this is why 1987’s Superman IV: The Quest for Peace is so hated. The film sees Superman trying to destroy the world’s nuclear weapons while fighting Nuclear Man, Lex Luthor’s newest creation.

The film is a tonal mess and riddled with plot holes, and the special effects look horribly cheap, even for the time. This can be blamed on the film’s producers, The Cannon Group, quickly heading into bankruptcy, forcing them to make massive budget cuts during the film’s production. On its own, Superman IV: The Quest for Peace is a bad film, but when put against the other Reeve-era Superman films, it is an utter travesty.

The Justice League is the most renowned superhero team in the DC universe, so any film that brings these legendary heroes together has to be good, right? Well, 1997’s Justice League Of America begs to differ. This straight-to-TV movie was directed by Félix Enríquez Alcalá. The film follows Tori Olafsdotterm, a meteorologist who develops superpowers and becomes a member of the Justice League, throwing her into a battle with supervillain The Weatherman.

Weirdly, the movie features talking heads sections with the Justice League heroes talking about their lives and day jobs, making this a strange cross between a superhero movie and a sitcom. Except it’s a sitcom where none of the jokes are funny. Also, it features one of the oddest JLA lineups ever, as it only consists of Green Lantern, The Atom, Fire, The Flash, and Martian Manhunter, so the movie has no Wonder Woman, Batman, or Superman.

However, the film’s aesthetic is what catches most people’s eyes. Featuring some of the worst late-90s computer graphics available. As well as costumes that look like they come from Spirit Halloween. The whole show looks like it might have been trying to embrace the visual and tonal style of Mighty Morphin Power Rangers without understanding what made that show work in the first place.

Wildly considered one of the biggest flops to ever hit screens, 2005’s Elektra was frequently lauded by critics as the film that would kill the early-2000s comic book boom (how little did they know). A spin-off to 2003’s Daredevil movie, this film follows Elektra Natchios after she gets resurrected and becomes a contract killer. However, when she refuses to kill a target, she ends up being chased by a group named The Hand and must work to save herself and her former targets.

While Jennifer Garner puts in a good performance as the titular Elektra, the rest of the film is a mess with an inconsistent tone and dialogue that thinks it’s way more clever than it is, making the whole thing feel horribly disjointed.

Halle Berry is a fantastic actress, and Catwoman is one of DC’s most beloved characters, so casting Berry as Catwoman, especially in 2004, sounds like a license to print money and hoard awards.

But, 2004’s Catwoman proved that this wasn’t the case as it is frequently considered one of the worst movies ever. Berry plays Patience Phillips, a woman who gets killed after she uncovers a criminal conspiracy operated by a skincare brand. After being resurrected by an Egyptian Mau, Patience develops superpowers, taking on the mantle of Catwoman and decides to get to the bottom of the conspiracy and end it once and for all.

Catwoman is a film riddled with issues. The plot is nonsensical and overly confusing and badly tries to blend a thriller and a superhero movie without knowing how to do either. While Berry is clearly giving it her all, the rest of the cast is given nothing to work with. And, to cap the whole mess off, the film has little to no connection to the Catwoman character seen in the comics, so even long-time Catwoman superfans won’t find anything to love. The film was so bad it won Worst Picture, Worst Actress, Worst Director, and Worst Screenplay at that year’s Golden Raspberry awards. It also won the Worst Picture, Least “Special” Special Effects, Worst Director, Worst Actress, and Worst Supporting Actress crowned at that year’s Stinkers Bad Movie Awards.