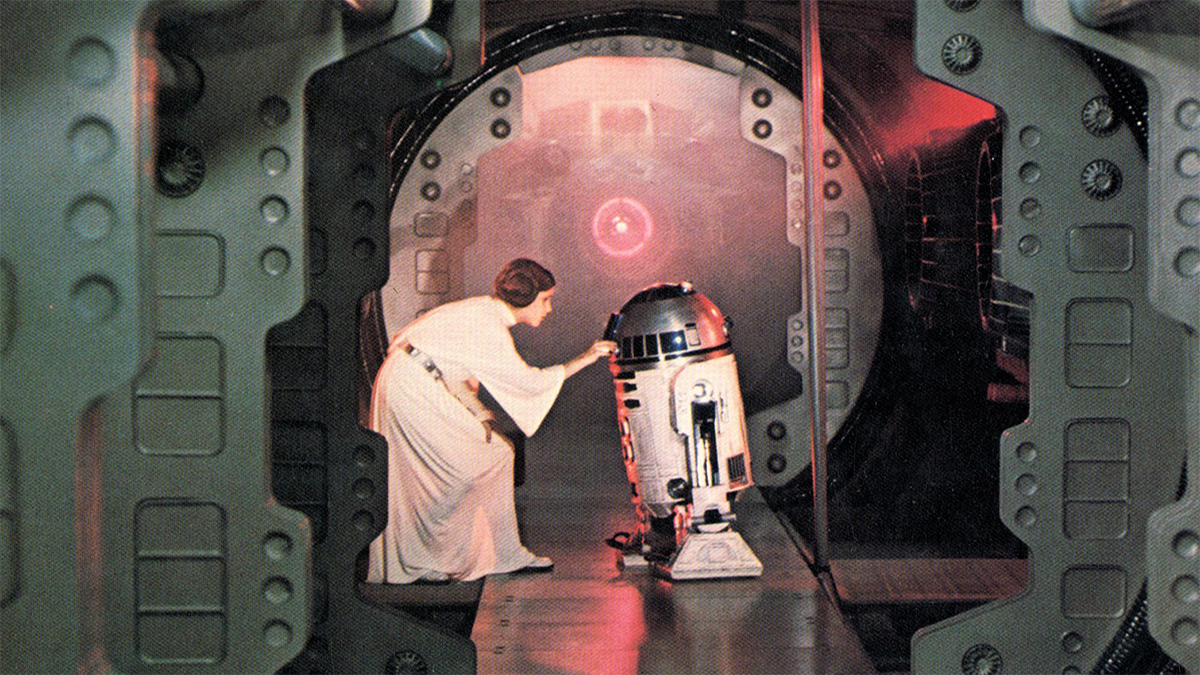 The Force is the energy between all things, a tension, a balance, that binds the universe together. Much the same could be said for Star Wars fans arguing about what’s really going on with their favorite franchise, as they have been debating the grand scale mythos behind the myth ever since Star Wars Episode IV: A New Hope premiered in 1977. As the series expanded to nine movies, plus spin-offs, TV shows, video games, comic books, novels, lunchboxes, comic strips, and holiday specials, so has the fandom’s desire to drill down deep into what it all means.

One short-and-sweet post from Reddit user GreyJedi56 to the /FanTheory subreddit completely upends everything we ever thought we knew about the Star Wars Skywalker Ennealogy:

“To make this short and not super in depth R2D2 is the chosen one to bring balance to the force. If you think about it, it makes sense. Every major turning point in most of the lore R2 is there to shift the balance. He was there for Anakin, Luke and Rey not to mention all the animated cannon as well as Mando and Boba. One droids actions continuously shifted the direction of the Galaxy.”

Mind. Blown. This explains everything, at least from a particular point of view. Of course, this being nerds-on-the-internet business, user Salm228 immediately disagreed:

Don’t worry Salm, because Hudsony12 has your back, kicking some classic samurai film knowledge:

“That’s actually what Lucas intended! He was inspired by the Kurosawa movie “The Hidden Fortress”, where the story is seen from the perspective of two sidekicks (which R2D2 and C3PO are meant to be based off of)”

User kubijgay, on the other hand, is giving this theory mad respect, because it fits in with his hypothesis that the Star Wars universe, while taking place a long time ago, also happens in a society post-Great AI Takeover:

“Oh boy. That fits spread a lot of my personal theory.

Stars Wars is a post “Culture” universe where all of the great AI’s have ascended. The force is a left over functionality from their toolbox.

The droids were left behind but the people hated them for the turmoil it caused and enslaved the droids.

The droids like R2 and C3P0 that weren’t wiped got quite impressive. C3P0 actually ran the resistance’s Intel network.”

In order to agree with that, we’d first have to agree that a droid like C3PO, who was built from scratch by a nine year-old and spends most of his life running in fear from one situation to another, is “quite impressive.”

“You’re not the only one to have a theory like this. Before it was revealed that Darth Vader was Luke’s father, a lot of people theorized that it was somehow R2D2, as he was always present when the force was being used and of just how smart and helpful he is for a run of the mill droid”

And finally, and probably saddest of all, is ProfMajkowski, who thought we were talking about the Red Dead Redemption game series:

“I’m such a fucking idiot. I read “RDR2” instead of “R2D2” and was sitting here for like a minute wondering how a video game can be the chosen one from Star Wars.”