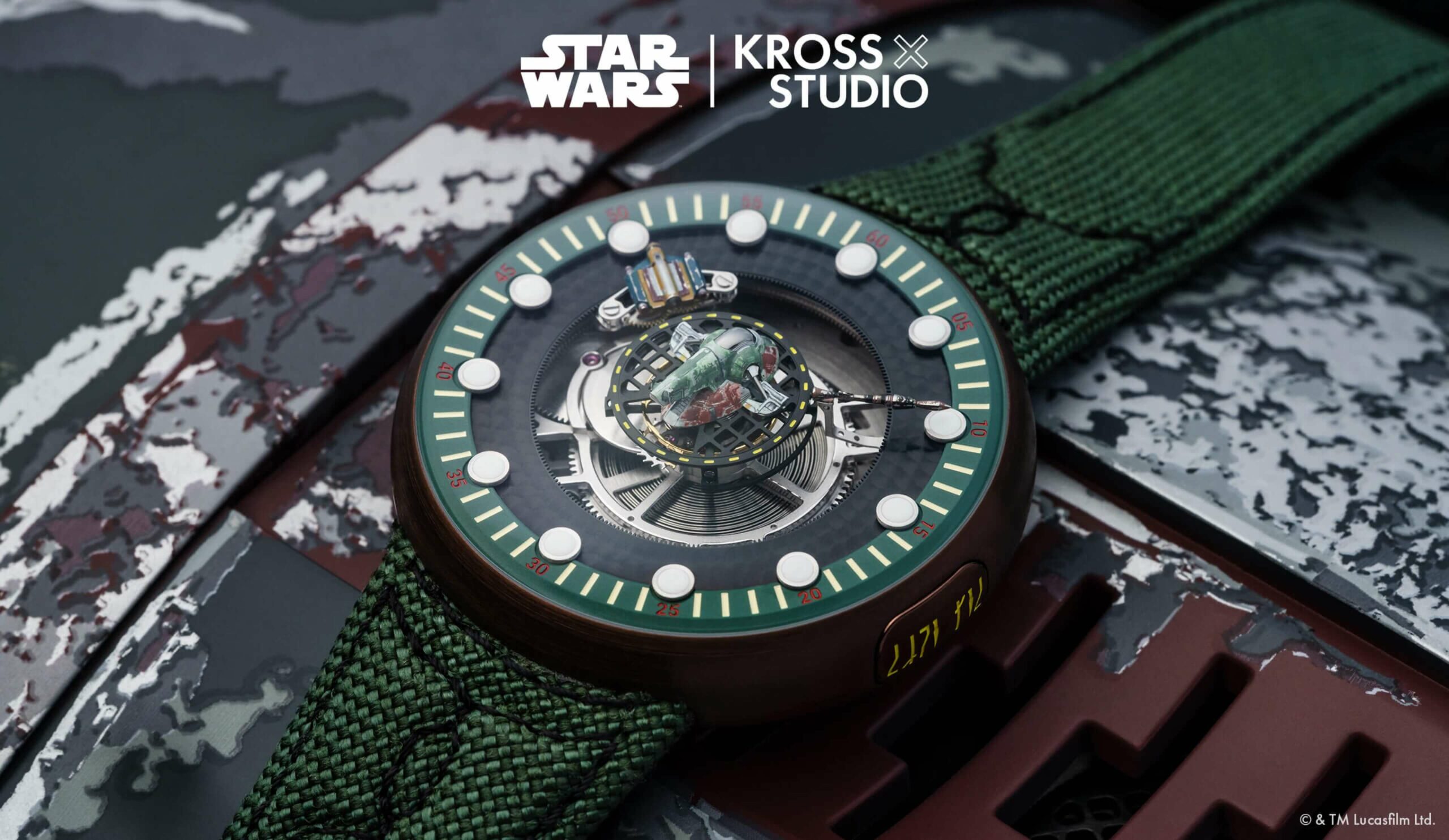 The Boba Fett Tourbillion is a Star Wars-inspired watch crafted from titanium and boasting the bounty hunter’s iconic ship in the center.

Lucasfilm partnered with the studio on this impressive work of art that has been limited to just 10 units. Purchasing one will set you back $120,000, so most fans likely won’t have the means to add it to their collection.

The ship featured in the watch has been handcrafted to appear as it does during the recently released Disney Plus series The Book of Boba Fett. Each of these mini-ships reportedly took around 90 hours to complete.

More Boba Fett-themed additions have been included for the watch’s hands. The hour hand is modeled after the bounty hunter’s jetpack and the minutes hand appears like a rocket.

If you feel like handling this work of art, the back of the watch includes Kross Studio’s D-ring crown system that will allow owners to manually wind the device.

There are three straps you can opt for with the timepiece including quick release buttons to preserve its clean look. One of the straps is a green polyamide strap embossed with Boba Fett’s chest armor pattern. The other two are a chocolate leather strap and black rubber, something to suit all owners.

Kross Studio’s latest work the Boba Fett Tourbillion is their second Star Wars collaboration with the first being the Death Star Ultimate from 2021. If you want to check out these watches further you can do so on the Studio’s official site here.