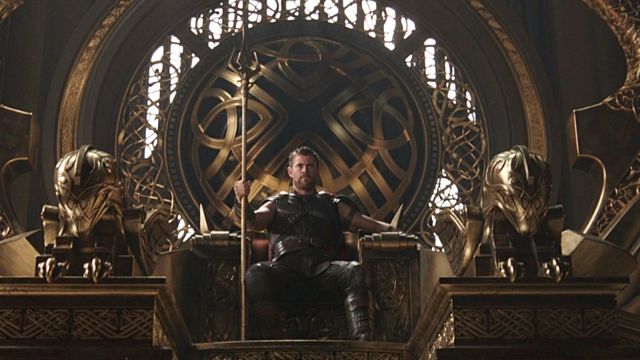 The MCU has introduced viewers to not only myriad superheroes but also a plethora of weapons. From those invented in Tony Stark’s lab to those in Wakanda, the MCU seems to be well-equipped for any situation. However, there is this one weapon that most viewers have more than likely forgotten. And now, fans mourn its obscurity.

Reddit user u/asmodius-prime pointed out a weapon that was featured in the Thor films — Gungnir. For those who don’t remember what this weapon was, it was a spear that was once owned by Odin. But it was later used by Thor during his duel with his sister Hela in Thor: Ragnarok. It was then left behind and was never seen again during the destruction of Asgard.

There might be some MCU fans who don’t recognize this weapon. So the OP gave a refresher on what this weapon did in the films. In the first two films, the spear shot beams and could summon the Bifrost. Yet, it was hardly used to its fullest potential in the third film.

But if you think Gungnir is the most forgotten weapon, one MCU fan reminded everyone of Odin’s noble steed, Sleipnir. This eight-legged horse was seen for a very short time, only to be completely forgotten later on in the franchise. Dang, what’s with Odin making his prized items fall into obscurity?

According to the MCU’s logic, magical weapons used by Gods since the beginning of time were considered weak and forgotten. But objects used and created by aliens using technology or space logic were powerful resources in the universe and were enough to hurt a God. At least Thor: Ragnarok taught fans that it’s not the weapon that matters. It’s the the one who wields it.