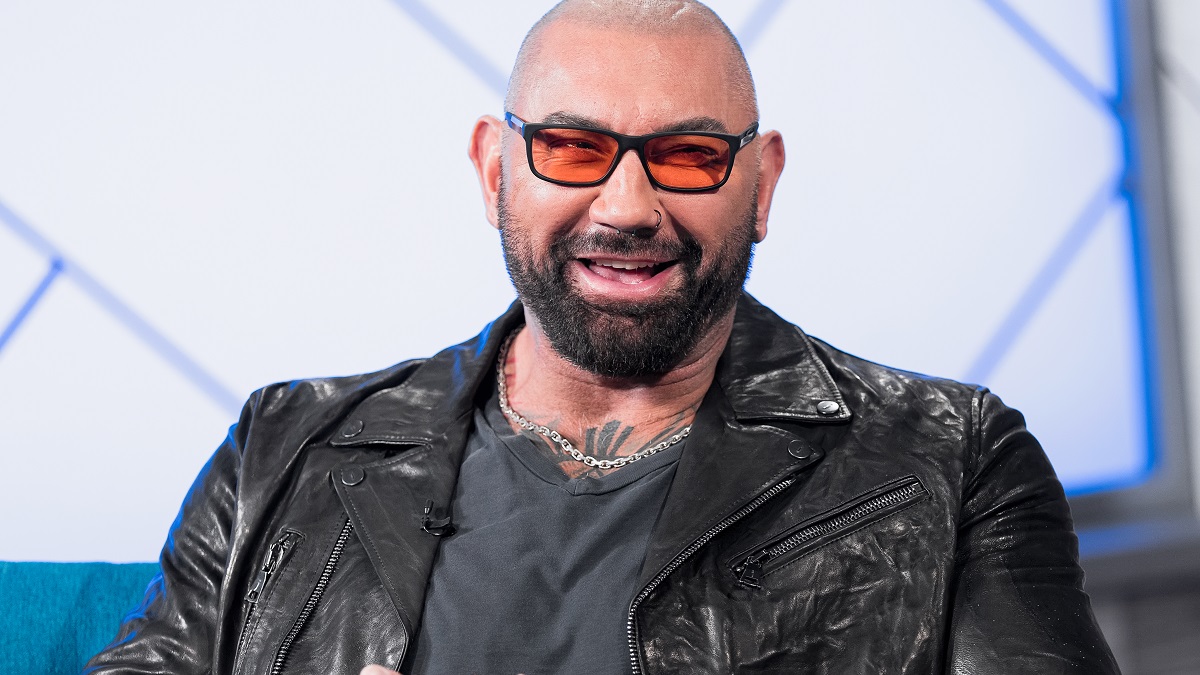 Are we allowed to say all of them? Seriously, Dave Bautista rocks and you know it. The guy was a professional fighter, former WWE Champion, and plays one of the most beloved Marvel characters of the MCU era — period, full stop, end of discussion.

Bautista might be one of Marvel’s muscle bound do-gooders, but forget about Drax for a while and remember that he’s actually jacked in real-life too. Did you think those bulging biceps were a prosthetic?

When looking at his resume, one thing becomes abundantly clear — Dave Bautista would be perfect (with a capital P) for the Fast & Furious franchise. So why hasn’t he graced our screens with his signature smolder? Well, Bautista has actually been approached to star in a Fast film. Sadly, he just turned it down. In an interview with Collider, the Glass Onion star discussed his decision:

Sure, a Gears of War movie would be awesome, but let’s get back to the Fast & Furious. No one really knows why Bautista wasn’t interested, but with the recent internet beef between him and Dwayne ‘The Rock’ Johnson, perhaps unknown strife amongst the actors was the driving force behind his rejection.

Regardless, there are a few roles throughout this high-speed franchise that we think Dave Bautista could only make better. So, without further ado, and no more spinning of wheels — let’s take a look at three roles in the Fast & Furious fit for Dave Bautista.

The only person that could wrestle this role away from Idris Elba has to be Dave Bautista. Not only does Bautista have the build for it, but he also has the brooding disposition necessary to play an antagonist like Brixton Lore. Cybernetically enhanced and ready to cause some trouble, Lore can literally stop bullets. Not to mention, he’s got this whole mind-meld thing going on with his motorcycle — which is pretty cool. This character is a bruiser with a brain, and Dave Bautista could pull that off no problem.

Maybe it’s the pot-stirrer in us, but with all the supposed animosity between Johnson and Bautista — seeing Dave Bautista take on the role of Luke Hobbs would be incredible. Hobbs is unmatched when it comes to feats of strength. He flexed his way out of an arm cast, brought down a helicopter with his bare hands, and generally continues to pull off the most mind-melting stunts with ease. With Dave Bautista’s action background, he could slide right into the role of Luke Hobbs no problem. If you squint, you might even mistake ‘The Rock’ for Bautista as Luke Hobbs punches his way trough what seems to be half the world’s population.

Frankly, the most compelling thought comes by way of a simple character swap. What if Bautista played Hobbs and Johnson played Drax? We’ll let you chew on that. If we think about it too long, our brains will explode.

Alright, here it is. The big one. Dave Bautista could play Dominic Toretto. Yes, the role will forever and always belong to Vin Diesel — but these are hypotheticals anyway, so we might as well have fun with this. Dom is a true legend of the franchise. The character has been involved in some of the most bombshell moments of the series. He’s stoic, he’s gruff, and he has a heart of gold — Dave Bautista would thrive in his shoes.

Did we forget to mention that Diesel and Bautista reside on the same Marvel super team? That’s right, with Vin Diesel as Groot, these two are real standouts whenever the Guardians of the Galaxy get called upon.

It’s true that watching Dave Bautista deliver some monologue about trust and family might be a little weird, but he certainly has the acting chops to pull it off. In an alternate universe, we’re almost sure this casting took place. Just don’t ask us how we know.

Well there you have it, a quick list of the three roles Dave Bautista could easily takeover in the Fast & Furious. Odds are, we’ll never get to see the actor in any of them, or any new franchise role for that matter — but it’s always fun to dream.