x
Review of: TikTok, Boom 'offers a terrifying insight into the most downloaded app in the world'

This insightful documentary is mandatory for anyone interested in the impact of social media platforms. 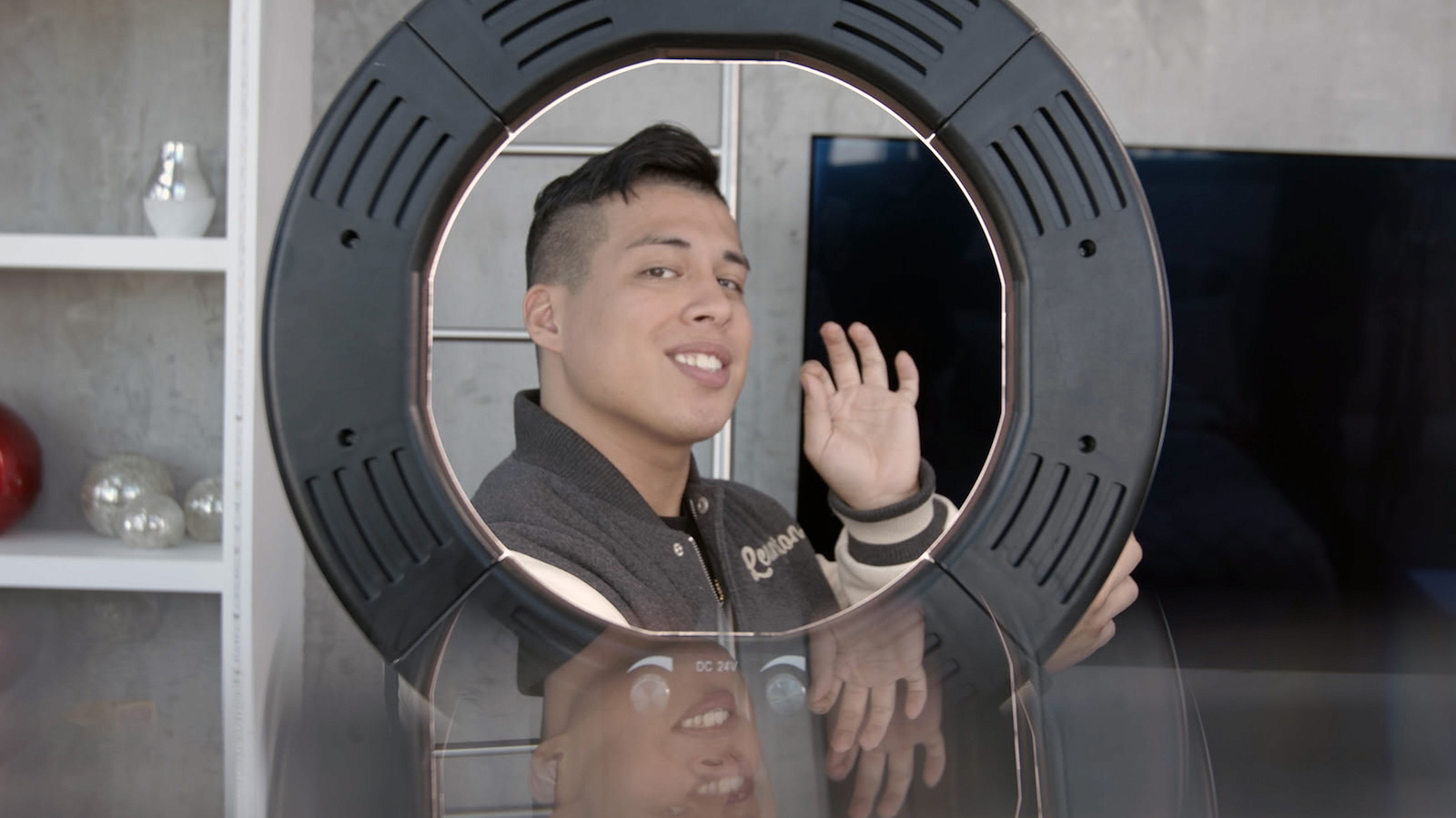 With an algorithm that intuitively learns everything about an individual user by cherry-picking information on their viewing habits, TikTok has courted controversy and continues to make headlines. In TikTok, Boom director Shalim Kantayya resists the pace of the platform to pull back the curtain on how this multimedia sensation is rapidly overtaking every other media platform in the world and could just make Facebook obsolete.

With upward of 2 billion users worldwide, it has influenced presidential campaigns, raised awareness around the mistreatment of those in detainment, and made one man a millionaire beatboxer, seemingly in the blink of an eye.

What happens once audiences disappear down the rabbit hole of this documentary will depend very much upon how old they are. In all honesty, this is unlikely to reach its key demographic because that generation is living inside the app, having never known life without social media. This particular culture of instant gratification, living life in soundbites, and emoji overkill all started in China.

Bytedance, who owns TikTok and its Chinese only equivalent Doujin, was invented by a man called Zhang Ziming. It hinged not only on an algorithm that was at the cutting edge of artificial intelligence but also made data broking a long-term career choice overnight. Facebook is famously banned in China, though CEO Mark Zuckerberg went to great lengths to get his cultural touchstone into their hands. Those in power refused to grant him a foothold, preferring instead to develop their own solutions, and six of the biggest social media companies in the world are Chinese-owned.

Above and beyond all the TikTok influencers, talking head soundbites, and reams of dry data, something terrifying and fundamental comes out of TikTok, Boom. Smartphones are really smart and, in the case of this particular app, intelligent on a level that should worry a lot more people. It may influence change through its inherent herd mentality, either on a consumer level or wider world stage, but the concern is what happens to all that information.

Personal tastes, internet browser histories, and facial recognition software indicators all play their part in shaping people through TikTok. These influencers, who have tens of millions of followers and rake in big money sponsorship deals, all feed into this self-perpetuating mentality. However, inherent objectification brings its own problems, as trolling is common, and success is reason enough to hate on this platform. For that reason, it becomes a vicious circle for these idolized few, who rely on TikTok to maintain their social identity, provide them with an income, and ultimately keep them in the spotlight.

In a reaction to this corporate machine, there are collectives, including the log-off movement, who actively encourage people to take some power back. Led primarily by teenagers who have a solid understanding of living their lives online, it represents a small step towards finding some equilibrium. Elsewhere, there are privacy battles raging over the infringement laws which TikTok is said to have exploited and discussions around the aggressive shadow banning of certain ethnic minorities, who feel singled out by an app that trades on inclusivity.

Shalim Kantayya’s documentary goes deeper than some audiences might imagine in trying to inform people about the dangers of TikTok. In her meticulously researched expose, she leaves no stone unturned yet offers no judgments that may sway individual opinion. If anything, she lets people make up their own minds about their degree of engagement with TikTok.

There is no denying that the world is a smaller place because of social media that’s made smaller by the app’s ability to connect disparate communities. In all honesty, TikTok, Boom is unlikely to alter the degree to which audiences use the app but instead just open their eyes to what a deeper connection means to them personally.

As we move towards a permanent state of remote working, where an office is defined as anywhere someone wants to live, things will continue to change. There will be threats to this new dynamic that are inherently linked to existing personally and professionally online. TikTok is just something else to consider or not, amongst a sea of online options for interaction in this so-called post-pandemic age.

TikTok, Boom 'offers a terrifying insight into the most downloaded app in the world'

This insightful documentary is mandatory for anyone interested in the impact of social media platforms.