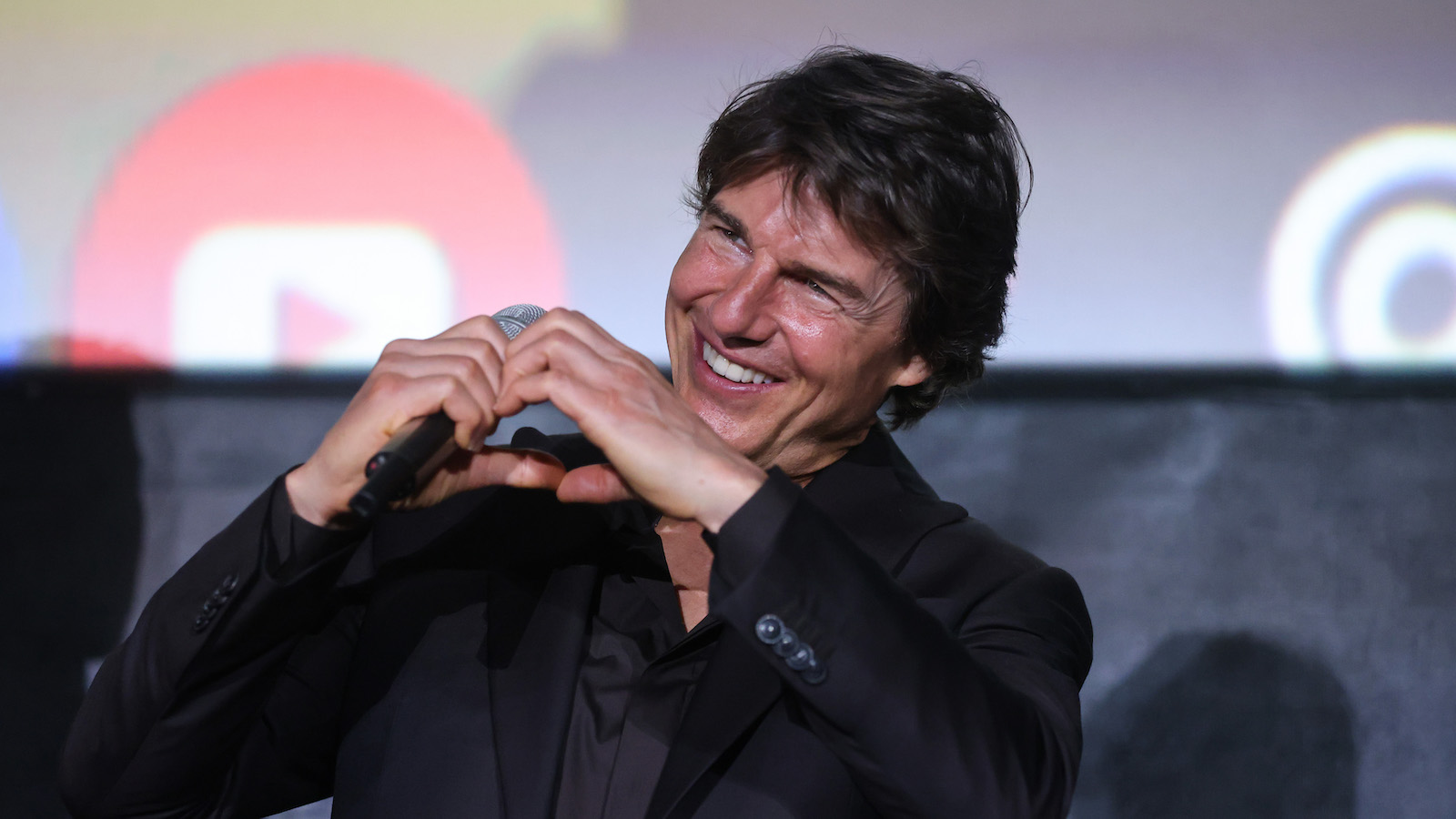 In the original Top Gun film, Tom Cruise famously coined the line, “I feel the need… the need for speed.” And now, with stories coming out about the filming of the decades-late sequel Top Gun: Maverick, it seems the list of things Tom Cruise needs could be expanded to include “some chill and perspective.” In a move that even the Navy’s adviser dubbed “crazy,” Cruise insisted actors get into an F-18 going top flight speed and perform their scenes on day one of filming.

In the movie, Cruise’s Maverick gets called back to the Naval Academy’s TOPGUN flight training program to teach a new generation the secrets of looking cool in aviator sunglasses, playing volleyball shirtless, and, oh yeah, flying sophisticated wartime killing machines under life-and-death conditions.

While actual Academy cadets get eased into the program with months of testing, stress tests, and flight simulations, Tom Cruise began the first day of filming with a speech that could have some straight from R. Lee Ermey’s drill sergeant in Full Metal Jacket. Cruise told People magazine in their “Top Gun special issue”:

“I was very clear in the beginning: ‘This is what it’s going to be like. It’s not for everyone. I want people to enjoy the experience. ‘If you don’t want be involved, totally, I understand.’ Then I put them in an airplane where they could do some aerobatics. Then a jet where they could pull serious Gs and feel what it’s like with an ejector seat. The first day they’re in the F-18, they’re filming,”

The cast of Maverick was then expected to deliver their performances in their F-18s at Mach 1.8 (1190 mph) speeds, which have been known to make even experienced pilots vomit or black out. The Navy aerial adviser, Captain Brian “Ferg” Ferguson, told People,

“Everybody thought he was crazy… It probably would have looked almost as good if you would have done it using [special effects] technology.”

There’s no word on what craft services put on the lunch menu.