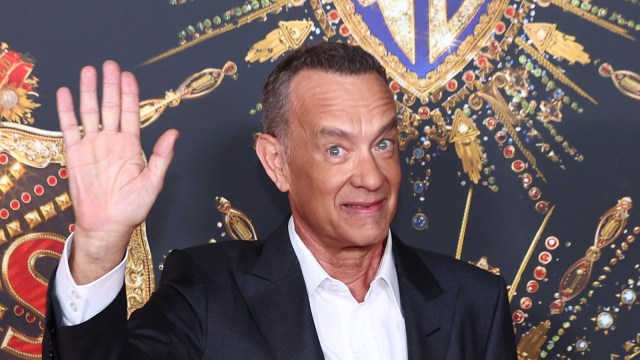 It could happen. Maybe? Tom Hanks is arguably one of the last true straight-up, no bones about it, classic as a green glass bottle of coca-cola movie stars on the planet. One who could spend the rest of his career making nothing but critically lauded Cinema with a capital “C” Oscar bait. So would he, could he, lend those titanic, everyman-portraying, Academy Award-winning skills to one of the biggest film franchises in history?

During Hanks’ recent appearance on Josh Horowitz’s  Happy Sad Confused podcast, Horowitz prompted the Elvis star to fess up as to whether he would lend his untarnished reputation and acclaimed talents to the industry’s 600-pound gorilla of a superhero franchise. Hank’s answer? Well, in his own words, let’s unpack that.

“I do not know; I do not know, Boy, talk about the coin of the realm, it’s like, ‘Holy cow!” Hanks told Horowitz when asked why he, of all people had not appeared in the Disney-owned franchise. But after the host maintained that neither Hanks nor the MCU actually need each other, Hanks confessed that he isn’t averse to the idea at all and compared the current comic book movie trend as akin to the popular wave of Hollywood westerns in the mid-20th-century.

“Let’s take [legendary director] John Ford’s westerns. You could maybe say that is the ‘John Ford Universe’ of westerns. Is not that different perhaps than the Marvel Universe.” Hank opined. “If it’s a bodacious John Ford Western, would you do it? You might do that because you could end up in The Searchers, or you could end up in She Wore a Yellow Ribbon.”

While Hanks didn’t seem to have an encyclopedic knowledge of Marvel’s output, he did confess to having seen at least some of the franchise’s efforts and had generally positive feelings towards them.

“The ones I’ve seen, I’ve never come away from it … without thinking, ‘There’s a couple great performances in there, man. Those people really gave their all,’ and I don’t know how they do that, I do not know. Then after that it’s like, you know, did they examine the theme that I wanted them to and I think, I can tell, all of them are quite good, Josh, they’re quite good.”

Sounds like it’s time for some fan-casting! It may be too late for Hanks to play the Avengers’ big bad now that Kang is confirmed, but the Fantastic Four antagonist hasn’t been announced. How about Tom Hanks as Doctor Doom? Galactus! Silver Surfer?