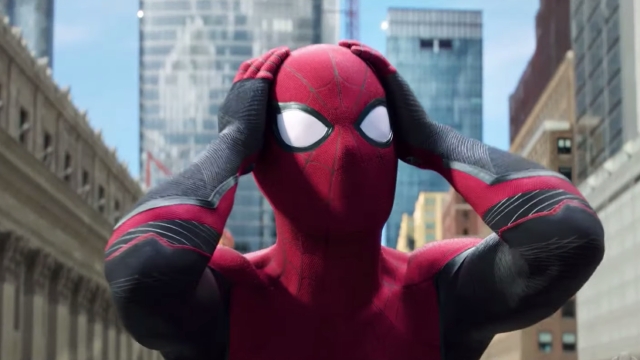 Bad Spider-Man movies seem like an endangered species these days. Tom Holland recently finished a triumphant MCU trilogy and Spider-Man: Into the Spider-Verse snatched up a well-deserved Academy Award, so one may be forgiven for thinking that it’s impossible for a movie to be bad if Marvel’s premier web-slinger is involved.

Sony may have provided many an exception that proves the rule, but we’re not here to talk about Morbius. No, we’re here to celebrate the marriage of the very best of Spider-Man’s aforementioned outings in the form of a deftly crafted animation by Corridor Digital, in which Tom Holland’s Spider-Man is transported to the delectably animated world of the Spider-Verse franchise, and things quickly begin to escalate.

After divulging his backstory, which included the five-year period where he was dead, forgetting Clint Barton’s mantle, and being cut off before his reflection verged out of PG territory, the multiverse proved to have a bigger hole in it than previously thought; before they know it, Miles and Holland get surrounded by the likes of Tobey Maguire, Andrew Garfield, Bully Maguire, the Spider-Man from the 1970s Japanese television series, and a chimpanzee in a Spider-Man costume, affectionately named “Spider-Monkey.”

It’s some delightful work from the talent behind Corridor Digital, and Miller, who served as a producer on Spider-Verse, made sure to let them know.

We have our doubts that this crossover will happen in an official capacity any time soon, but this is more than enough to satiate our palates for the time being.