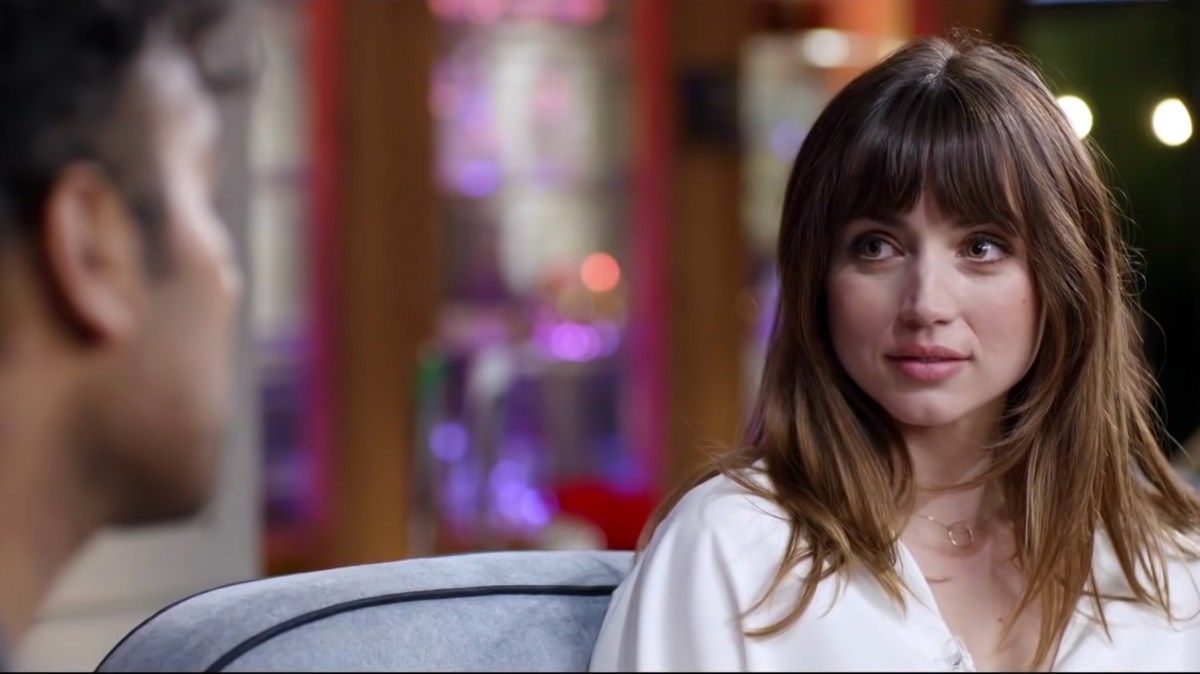 Trailers are designed to show entice us into seeing the full movie, they give us a brief glimpse into what we can expect to see from the film whilst (hopefully) not giving the whole thing away. Trailers are in themselves an art form, carefully balancing between exposing and hiding, much like a strip tease one could say, but when people feel that the trailer has significantly misguided them, that’s where things start to get ugly.

Universal Studios is being sued by two Ana de Armas fans after they felt that the trailer for a film had misrepresented the role of the actress. She appeared for a substantial time in the trailer for 2019’s Yesterday leading the two fans to believe she would be rather present in the movie only to find out that the actress had been cut from the film altogether.

You can see in the trailer how lead actor Himesh Patel serenades the actress whilst appearing on James Cordon’s talk show, this scene of course does not make an appearance in the film. According to director Richard Curtis, this cut was due to audiences not being on board with the character swaying so far away from his main love interest played by Lily James.

The two fans, Conor Woulfe of Maryland and Peter Michael Rosza of San Diego County, Calif, paid $3.99 on Amazon Prime to watch the actress in the film only to be let down. They then took their case to court feeling that the trailer had misled them into making a purchase. A federal judge on Tuesday decided that studios can be sued under false advertising laws if they release deceptive trailers, a move that Universal Studios said goes against the broad protection that trailers have under the First Amendment rights.

According to Variety, the studio’s lawyers stated that the trailer in its own right is an “artistic, expressive work” that tells a 3-minute story to get across the themes of the film and therefore should not be considered commercial speech. However, U.S. District Judge Stephen Wilson came back to say,

“Universal is correct that trailers involve some creativity and editorial discretion, but this creativity does not outweigh the commercial nature of a trailer. At its core, a trailer is an advertisement designed to sell a movie by providing consumers with a preview of the movie.”

The studio then cited other times where a trailer has been comprised of footage not found in the movie, such as Jurassic Park. They also argued that classifying trailers as commercial speech could have huge ramifications as moviegoers could then sue if they feel the film did not live up to the trailer in any sense, which could place a chokehold on artistic expression when it comes to their creation.

Wilson understood this concern and added that the false advertising law would only apply when a “significant portion” of “reasonable consumers” are misled. He then stated that in the case of Yesterday‘s trailer, “The Court’s holding is limited to representations as to whether an actress or scene is in the movie, and nothing else,” claiming that seen as the actress had a significant appearance in the trailer it is reasonable that audiences would expect to see her in the film.

The case will now proceed with the plaintiffs Woulfe and Rosza seeking $5 million as representatives of a class of movie customers.