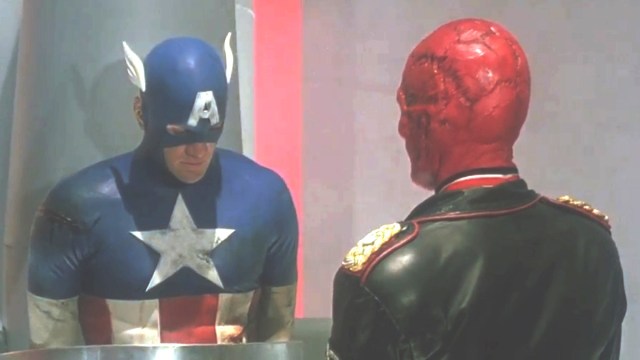 Everyone knows that the Fantastic Four have already appeared in four live-action movies boasting three different lineups, which includes an adaptation that was never intended to be released at all, as well as one of the worst comic book blockbusters ever made. However, it appears as though a lot of Marvel Cinematic Universe fans aren’t aware of Captain America‘s feature-length past.

With the very obvious exception of Tim Burton’s Batman, the late 1980s through to the mid-1990s wasn’t the greatest time for superhero cinema, and 1990’s Captain America sure as hell wasn’t an exception to the rule. Made for a paltry $3 million but somehow conspiring to look at least twice as cheap, Matt Salinger stars as the star-spangled title hero – who gets frozen during World War II before reawakening to prevent his arch-enemy Red Skull from kidnapping the President.

Make no mistake about it; this movie sucks, but it does so in a “so awful that it might actually be entertaining” kind of way. Director Albert Pyun’s cheap cash-in definitely has fans, though, seeing as a Reddit thread originally intended to poke fun at the terrible effects was instantly cast aside in favor of a comments section love-in that found nostalgic supporters getting misty-eyed.

Chris Evans and Hugo Weaving this ain’t, but it’s arguably worth seeking out if you’ve got a soft spot for any and all things Marvel. It’s mind-blowing to think that sh*t like Captain America was being churned out less than a decade before Bryan Singer and Sam Raimi signed on to tackle X-Men and Spider-Man respectively, and look where we are now.