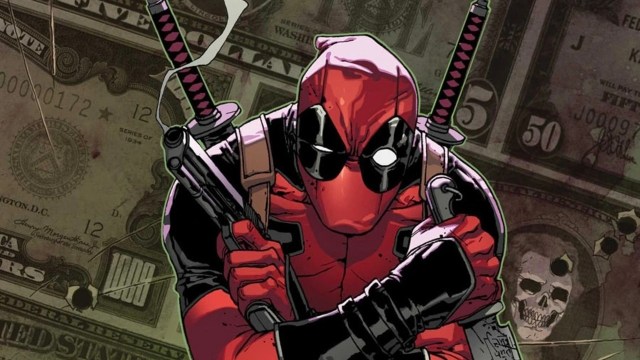 Deadpool 3 has many fans excited, especially since Ryan Reynolds’ announcement that Hugh Jackman would be reprising his role as Wolverine one last time. Fan theories have been pouring out since the announcement, with many speculating on which Marvel villain will take up the mantle as the film’s antagonist.

The first two Deadpool movies featured Ajax and Cable respectively as the main antagonists, with a few other characters playing secondary villain roles. For Deadpool 3, the possibilities are endless for who the bad guys could be, especially as Wolverine’s enemies could also be up for the slot, and the pair have some mutual foes in their comic book pairings.

Here are 10 villains that would be perfect for Deadpool 3, and established in the MCU.

Madcap is one of the few Marvel characters that would be able to go head-to-head with Deadpool, not only in physical prowess, but in wit and insanity. Madcap’s accidental fall into a chemical pool caused him to not only develop a healing factor that rivals Deadpool’s, but also drove him mad. Besides this, he can make other people around him go crazy, and it would be a ton of fun to see Deadpool and Wolverine try to handle characters as crazy as Wade himself. Ryan Reynolds’ natural sarcasm on screen has scored major points with fans, so whoever’s taking on Madcap has got some big, hilarious shoes to fill.

Netflix’s Daredevil perfectly set up Bullseye for their fourth season but the show’s unfortunate cancellation meant we couldn’t see this deadly assassin in his full glory. However, many fans are still crossing their fingers for the character’s return, and the MCU will be an excellent avenue. Bullseye and Deadpool have a hilarious and close relationship that would be perfect for the next Deadpool movie, especially as the pair share not only a dark sense of humor, but a ruthless fighting style. As they are both assassins for hire, they’ve been shown to clash a couple of times in the comics, and a live-action adaptation of the duo is sure to excite many.

T-Ray is one of the most iconic Deadpool villains from the comics. He is the reason why many are still not 100% sure that Deadpool is who he claims to be, as T-Ray has accused Wade multiple times of stealing his identity. T-Ray believes that he is the real Wade Wilson, which gives him good reason to hate the popular antihero and want to hurt him.

Mister Sinister is a classic X-Men villain that would be a great antagonist for Deadpool’s MCU debut. Mister Sinister is a genetic scientist obsessed with mutant genes, so both Deadpool and Wolverine are naturally incredibly fascinating to him. There are many ways the MCU may decide to go with his character, and his mutant ability to clone himself might level out the playing field, as both Wade and Logan have accelerated healing factors that make them hard to battle.

Ellen Whitby would be a unique villain in the MCU because as vast as the universe is, it hasn’t seen a lot of female villains in the films so far. Ellen was a psychiatrist that worked on Deadpool while he was at a mental institution and developed an obsession with him, keeping the parts of his body that he lost when he was regenerating. Those body parts eventually joined together to form the Evil Deadpool, an identical copy of Wade with more nefarious purposes. One Deadpool is already enough of a nightmare, so why not throw in an extra one for double the amount of chaos?

Only a character like Deadpool would be able to adapt such a bizarre storyline as resurrected zombie American presidents. This story takes place when an over-patriotic S.H.I.E.L.D. member decides to resurrect as many deceased U.S. presidents as they can to restore justice to the nation. Deadpool is hired to take care of the presidents who rise as zombies, and this is the perfect plot for a completely fun and reckless Deadpool film with him and Wolverine traveling the country and killing zombies. Also, as it’s one of the most exciting comic book storylines in Marvel history, a live-action adaptation will push more fans to explore the thrilling comics.

Sabretooth is more Wolverine and the X-Men’s villain than Deadpool’s, but that would be the perfect excuse for the two to team up. Sabretooth is the perfect villain to go toe-to-toe with both Wolverine and Deadpool and continue a storyline that isn’t MCU canon, but loved by fans. Sabretooth and Wolverine already met in Fox’s X-Men Origins: Wolverine where they were established as each other’s nemesis, so it would make this movie a lot more personal for Wolverine if Sabretooth were the villain.

Cable was the primary antagonist of Deadpool 2, so he has been established in Deadpool’s universe. Stryfe is the evil clone of Cable that was created to cure him of a virus and is as chaotic as his name suggests. In his canon history, he was adopted by Apocalypse and raised as his son, but the MCU doesn’t have to follow that origin story to adapt him.

Lady Death was a huge player in the Infinity War comics, as she was Thanos’ motivation for gathering the stones and snapping away half of the universe. One of the highlights of those comics was the love triangle between Thanos, Death, and Deadpool with Death choosing Deadpool over Thanos. Since Thanos has already been written out of the MCU, one way to adapt Death would be to portray a humorous take on her and Deadpool’s romance and show her causing havoc due to their relationship.

Daken is the son of Wolverine and a woman named Itsu. He was raised by his adoptive parents Akihira and Natsumi and didn’t meet Logan until much later in his life. The MCU may not want to introduce Daken this way, as Wolverine already had a fatherhood arc with Laura in Logan, but Daken could still be introduced as a character with Wolverine’s powers and a bone to pick.