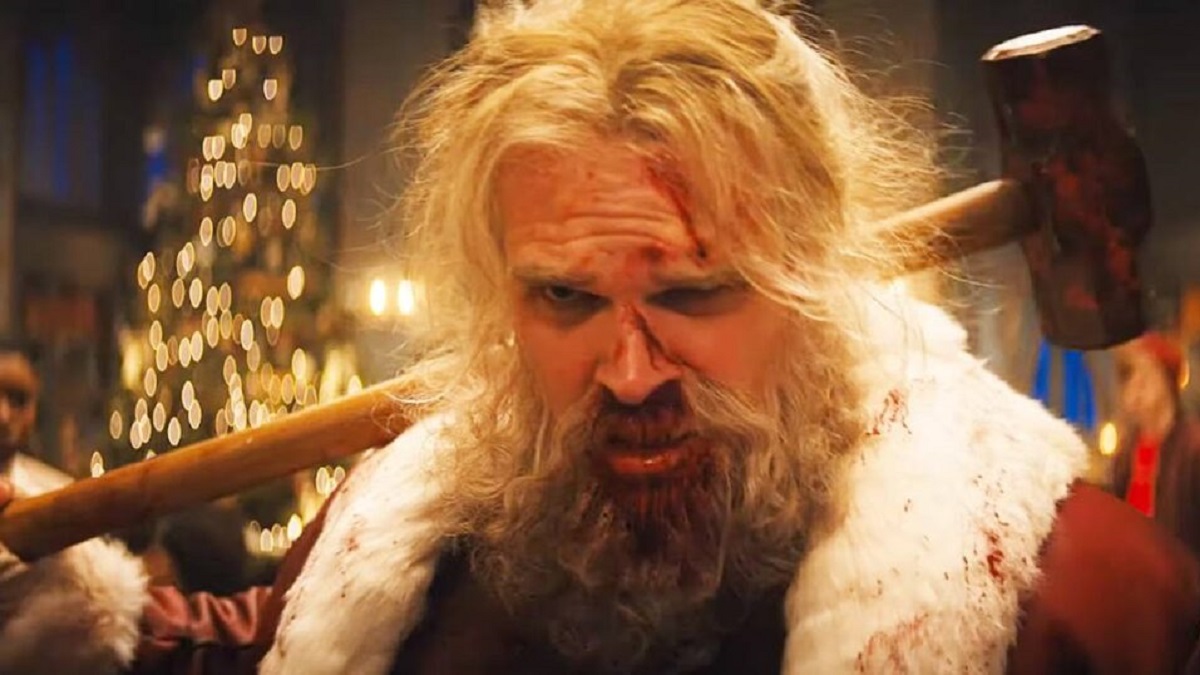 It goes without saying that Santa Claus has never exactly been interpreted as an alluring character, but that’s all changed with the casting of David Harbour in this week’s R-rated actioner Violent Night.

The Stranger Things veteran may have shed his dad bod to get shredded for the fourth and fifth seasons of the Netflix phenomenon, but that doesn’t mean he isn’t still giving off “daddy” vibes. A lot of folks have found themselves feeling unknown feelings over being attracted to jolly old Saint Nick in his festive duds, but that’s the effect Harbour has on people.

In what could be good or bad news depending on how deeply your festive spirit runs, Harbour knows all too well that you find him irresistible, and he’s even seeking backup. Speaking to Digital Spy, the Marvel Cinematic Universe alum pitched an entire cinematic universe that gathers together some of the industry’s sexiest silver foxes as fantastical creatures of myth and legend.

“We gotta get Pedro [Pascal] and Oscar [Isaac] to play the Easter Bunny and the Tooth Fairy in the next iteration: the Santa cinematic universe with a bunch of ‘daddies’ as imaginary creatures. I find it quite funny, and somewhat gratifying to be in my 40s and have this happen because when I was in my 20s and 30s, in what I thought was my good-looking prime, no one cared. I get a little grizzled and start losing my hair, and everyone starts to think I’m sexy, and I’m okay with that.”

Would we pay good money to see Harbour’s Santa Claus, Pascal’s Easter Bunny, and Isaac’s Tooth Fairy teaming up to thwart a common threat while giving their best smoldering gazes to each other and the audience? Of course, we’re not dead on the inside, so let’s hope that Violent Night hits big enough at the box office to warrant such a crossover that would be destined to make paying customers go weak at the knees.