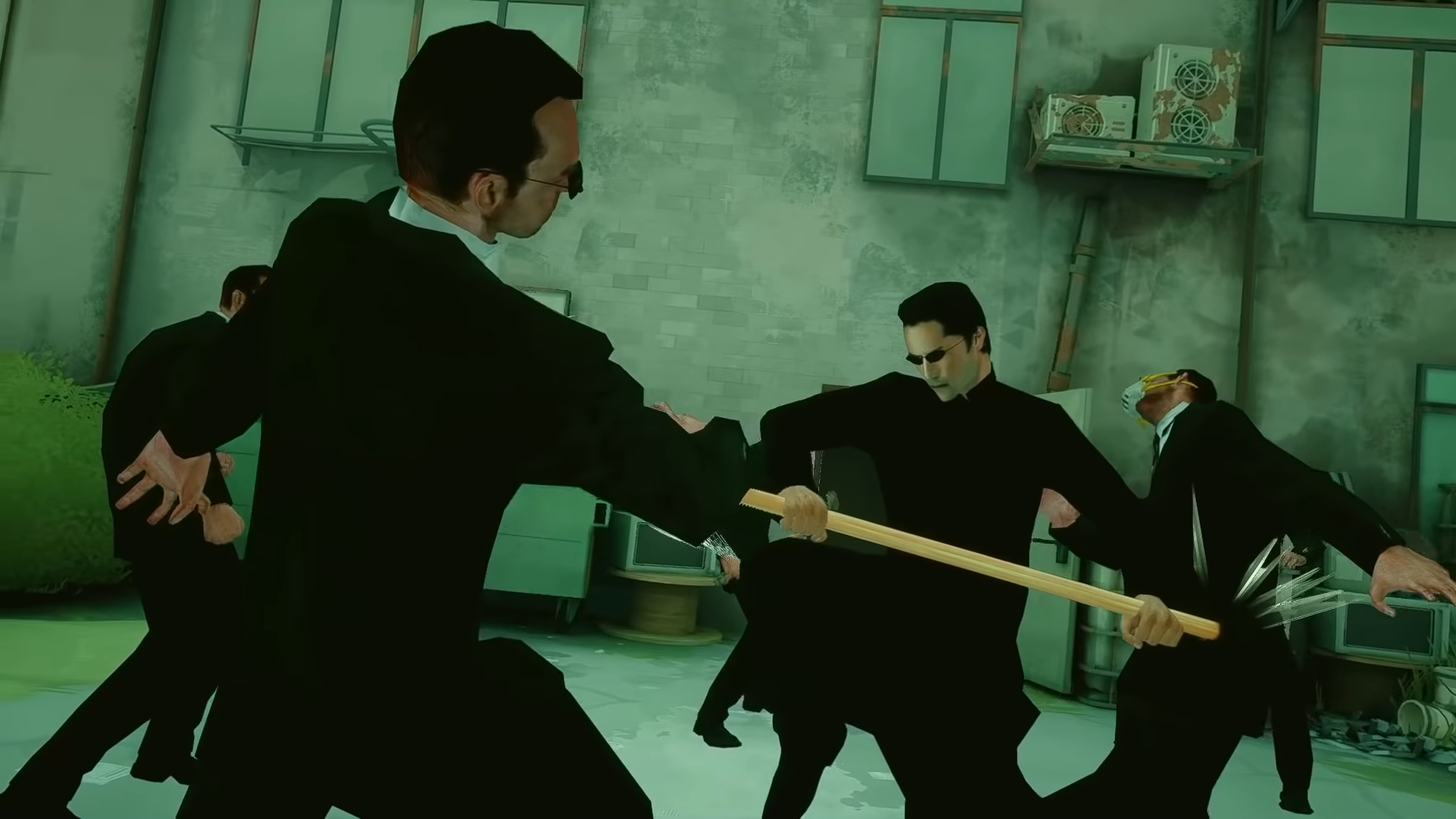 The action beat ’em up video game Sifu continues gaining notoriety in the modding community, with the latest viral craze being a recreation of the iconic Burly Brawl scene from the film The Matrix Reloaded.

With the mod, you can take the unnamed protagonist and aspiring kung-fu master from Sifu and transform him into Neo, along with 100 simulcra of Agent Smith with whom to throw hands.

The mod set comes from Nexus, and includes a playable skin of Mr. Anderson aka The One, a realistic physics cloth simulation to accompany the hero’s iconic black trench coat, the ability to Agent Smith-ify all the enemies, a Matrix combat sound effects package, and a reshade and user interface to give you that green-tinted computerized look.

According to Nexus’ website, the original model for Neo is actually taken directly from the video game The Matrix: Path of Neo, the 2005 title that released on PC, PlayStation 2, and Xbox, and is considered the peak of that era of the Matrix games.

The modder who created and uploaded the Matrix package, Halfmillz, credited YouTube channel blakegriplingph for creating the tutorial necessary for rigging a player model in Sifu, via the free 3D modeling software Blender.

Other mod skins include being able to play as Spider-Man or Spider-Gwen, Telltale Games version of Batman, or Daredevil, in either his black suit or red suit, from the Disney Plus (formerly Netflix) series.

There’s also a God Mode mod, allowing you to have unlimited health, for players who found Sifu to be too hard.

Though the game is available on PS4 and PS5, the aforementioned mods are only applicable to the PC version of the game.

In our own review of the — unaltered — PS5 version of Sifu, we found Sloclap’s difficult-yet-rewarding gameplay and unique ageing mechanic to garner an easy recommendation for any gamer looking to expand their action-brawler collection.