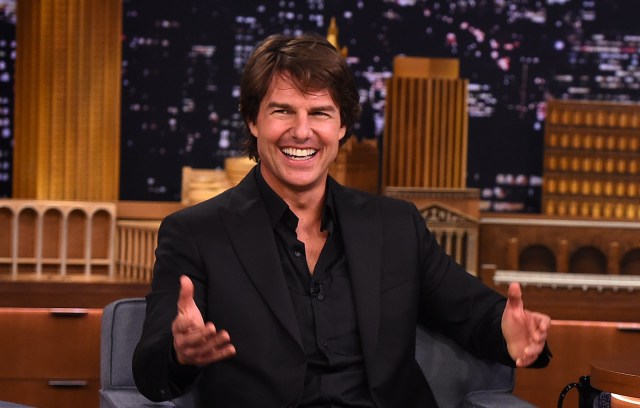 The movie industry and its history are full of rumors and urban legends. Little factoids are passed from person to person and around online, lasting for years despite having little or no factual basis. But sometimes, one of these factoids turns out to have a grain of truth to it, and these grains of truth can reshape how we see certain moments of cinema history or let us dream about what could have been.

And one poll on Twitter is making people ask if Tom Cruise could have played Bilbo Baggins in The Hobbit.

Where did this rumor start?

This rumor started where most gossip begins, on the hallowed timelines of Twitter. The account @sanazyung ran a poll asking their followers to vote for their favorite Tolkien character. This poll quickly went viral, and it got over 90,000 responses.

While the results were pretty surprising and featured many upsets (most notably Elrond taking the top spot,) one of the most fascinating results was in the 9th position. As the 9th spot was held by actor Tom Cruise.

Obviously, people were confused by this. And this confusion only grew when @sanazyung posted a cutting from an article that said that Tom Cruise was talking to Peter Jackson about The Hobbit.

This question leads you down a fascinating internet rabbit hole. Searching for the text seen in the image will lead you to TheOneRing.net, a website that describes itself by saying:

“TheOneRing.net continues today in bringing fans the latest news on the beloved figures involved in the making of the wildly popular Lord of the Rings movies as well as the newest information available on upcoming productions, Tolkien-centered events, new publications, and fan gatherings.”

This text posted on Twitter is the introduction to the article found on TheOneRing.net. However, the report on the site goes into more detail, even noting in the first line that Cruise and Jackson could be:

“Talking about anything. Jackson could be giving Cruise advice on New Zealand real estate, they could be talking about “Dam Busters,” or the speculated-on “District 10,” that would serve as a sequel for the Jackson-produced hit “District 9.” Maybe he wants the juicy role of The Necromancer.”

In fact, it goes on to say that:

“Do we think this is even a remote possibility? Not really. But the Interwebs are filled with stories that link Daniel Radcliffe (Harry Potter) to the project only because his named showed up in an Online poll along with David Tennant’s name. From there they became sourceless rumors that lack even the credibility Cruise’s name carries and yet they are still being reported. Now even the denials to the non-sourced, non-rumors are being reported as news. Cruise has at least spoken to Jackson, has been to Wellington, and hey, the guy has been nominated for three Oscars.”

The article cites another article from The Sydney Morning Herald. This article is no longer available, turning up a 404 error if you click on it. Their coverage has been down for a while. Even the Wayback Machine returns 404 errors for that page on all of its archives. However, the article clearly existed and said what TheOneRing said it did as members from the Home Theater Forum linked to and discussed the story in their thread on The Hobbit movies.

Interestingly, TheOneRing wasn’t the only site to talk about this article. IGN ran an article on August 27th, 2009, titled “Tom Cruise: Halo or Bilbo?” This article links back to TheOneRing and the now-defunct Sydney Morning Herald article.

This article focuses more on the fact that, at the time, Cruise had recently been put in charge of the legendary but then dormant United Artists brand, which was a subsidiary of MGM pictures. They made a deal where Paula Wagner and Tom Cruise would head up this revived brand, with Wagner in the CEO position and Cruise appearing in its movies, with the initial deal being that Cruise and Wagner would get to control four medium-sized films per year. So Cruise might have been there to do business with the studio as they were behind the film.

In fact, the IGN article notes: “Most likely Cruise was there on matters related to MGM, the studio behind The Hobbit.” Before referencing a Variety article that says Cruise “still officially has ties to MGM, though it’s hard to discern what they mean on a practical basis.” Adding further confusion to this whole thing.

Suggesting that even at the time, they were keen to get ahead of the news. Though interestingly, Matthew Dravitzki wasn’t quoted elsewhere during this small flurry of news activity, so it’s hard to deduce how true this is.

So was Tom Cruise going to play Bilbo? We’ll probably never know precisely what the conversations were like behind the scenes. It doesn’t seem silly to suggest that at least one executive proposed the actor for the role based on his sheer drawing power alone. Of course, Cruise and Jackson are famous for having their fingers in many pies, so they could have been talking about any number of planned or upcoming films at the time. Or, it could simply have been a social meeting.

Interestingly, Cruise appeared in none of the movies suggested in these rumors. He didn’t appear in The Hobbit, and Peter Jackson’s Dam Busters remake remains in development hell today. Additionally, the Halo movie never got made. Meaning that this set of rumors turned out to be totally false. Cruise’s next movie appearance would be in 2010’s Knight and Day before he returned to the Mission Impossible franchise in 2011.