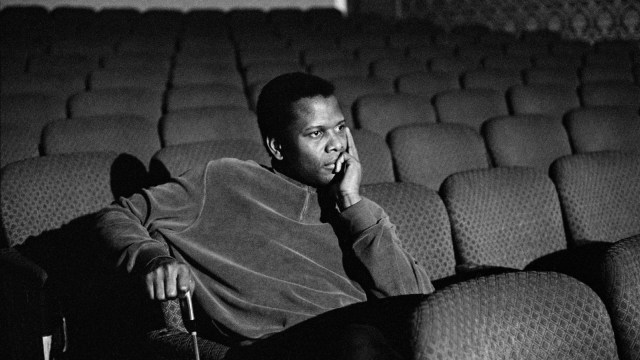 One of the most storied, successful, and iconic mavericks in the history of Hollywood will finally have his story told to millions.

Apple TV+ announced earlier today that Sidney, a documentary featuring the life and legacy of legendary Hollywood icon Sidney Poitier will be releasing on Sept. 23, complete with a trailer packed to the brim with love for the actor.

Featuring interviews with the likes of Denzel Washington, Halle Berry, Spike Lee, Morgan Freeman, producer Oprah Winfrey, and the documentary’s star himself, Sidney will document the life and career of the late Sidney Poitier, the first Black actor to win an Academy Award for Best Actor in 1964, all while racial tensions in the United States were swirling maliciously. Robert Redford, Lenny Kravitz, and Barbra Streisand also speak about the Lilies of the Field actor.

Bahamian actor Sidney Poitier was born in early 1927 in Miami, Florida, granting him automatic citizenship in the United States. After arriving in the US at age 15 in the early 1940s, nourished by his loving Bahamian community but wary of a racially divided America, Poitier landed his breakthrough Hollywood role in 1955’s Blackboard Jungle. The film would go on to be inducted into the National Film Registry. Quickly rising to prominence in the world of film, Poitier’s success would later pave the way for future Black actors and directors, his unique status garnering particular notability at the height of the Civil Rights movement. Poitier retired from acting in 2009 and passed away peacefully in his home earlier this year.

Sidney will have a limited theatrical release alongside its permanent release on Apple TV+ on Sept. 23.