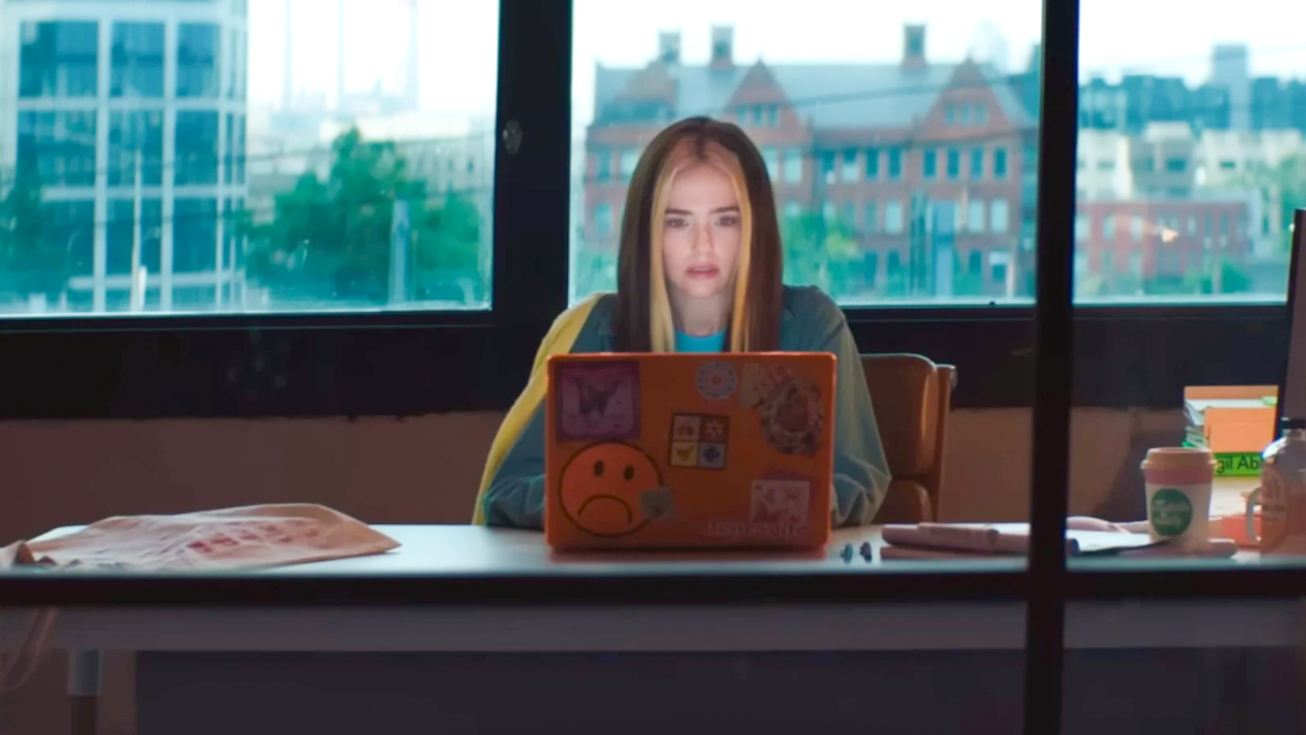 Zoey Deutch‘s career has been going from strength to strength in the last few years, thanks to her roles in popular films like Zombieland: Double Tap, The Disaster Artist, and Dirty Grandpa. However, a new trailer for the upcoming movie Not Okay shows that she can also play utterly hate-able characters.

In fact, the new trailer starts with a voiceover and a fake warning screen saying: “Warning: This film contains an unlikable female protagonist. Viewer discretion is advised.” Viewers are then treated to several shots of Zoey Deutch as Danni Sanders, showing just why those who watch the film are going to learn to hate her as she fakes her way to social media relevancy. However, the trailer ends with Danni facing the camera and advising the audience: “Be careful what you (bleep) wish for,” showing that while Danni is unlikeable, she won’t be having an easy ride.

First announced in 2021, Deutch isn’t the only big-name performer in the film. She will be supported by Bumblebee star Dylan O’Brien, The Amazing Spider-Man’s Embeth Davidtz, and Mozart in the Jungle star Brennan Brown.

The film is written and directed by Quinn Shephard and will be distributed by Searchlight Pictures. The film will go directly to Hulu, and it launches on July 29, 2022.

Hulu describes the film by saying:

“Not Okay follows Danni Sanders (Zoey Deutch), an aimless aspiring writer with no friends, no romantic prospects and — worst of all — no followers, who fakes an Instagram-friendly trip to Paris in the hopes of boosting her social media clout. When a terrifying incident strikes the City of Lights, Danni unwittingly falls into a lie bigger than she ever imagined. She “returns” a hero, even striking up an unlikely friendship with Rowan (Mia Isaac), a school-shooting survivor dedicated to societal change, and scooping up the man of her dreams, Colin (Dylan O’Brien). As an influencer and advocate, Danni finally has the life and audience she always wanted. But it’s only a matter of time before the facade cracks, and she learns the hard way that the Internet loves a takedown.”