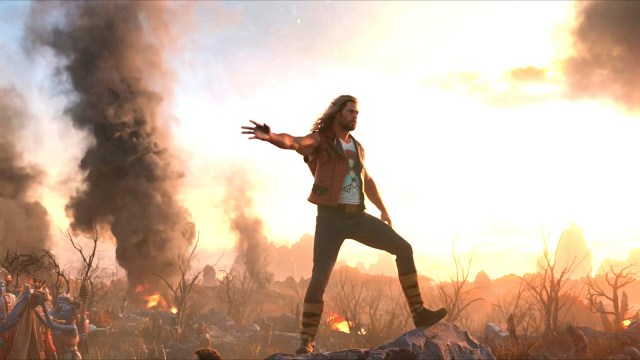 It’s been a little over two months since Thor: Love and Thunder was released in theaters, and now director Taika Waititi has a special message for Marvel fans: see the movie in IMAX Enhanced. The celebrated director even appeared in a short video asking people to do so.

On Monday, Marvel tweeted out a video featuring Waititi explaining why watching the movie in IMAX Enhanced is a different experience.

“We (wanted) to prep by deciding what scenes and sequences we were going to expand aspect ratio size,” he said about the IMAX Enhanced version. “It makes the film so pleasing to watch. There’s those big, beautiful action sequences and the big spectacle. It should be the biggest that you can get it.”

For the uninitiated, IMAX Enhanced features an aspect ratio of 1.90:1, which takes up the whole height of a screen. Disney explained it this way:

Disney announced the collaboration with IMAX last year, and IMAX CEO Rich Gelfond said the partnership will give the fans what they want: “The most immersive viewing experience throughout the life of a Marvel Studios film, from exclusive theatrical release to the library at home where they can now watch the Avengers assemble with more picture than ever before.”

The company said the move is a first for home viewing.

“With IMAX Enhanced, IMAX and technology partner DTS will enable content that can be viewed in-home with the highest fidelity, which ensures that filmmakers’ creative intent is fully optimized for an IMAX-quality presentation. Disney+ is the first major streaming service that will elevate the at-home viewing experience with IMAX Enhanced, rewarding its subscribers with new ways to re-experience the Marvel Cinematic Universe and beyond.”

Thor: Love and Thunder is currently streaming in IMAX Enhanced on Disney Plus.