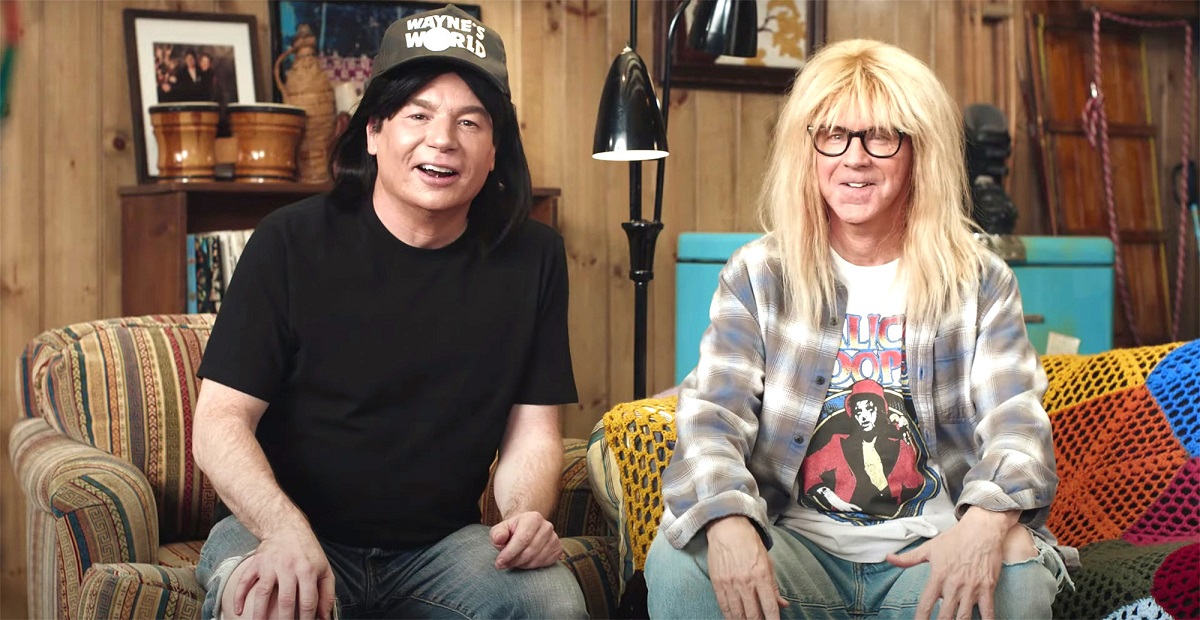 Based on a series of popular Saturday Night Live skits, 1992’s Wayne’s World took over $180 million at the box office from a $20 million budget, and gave the world numerous catchphrases such as “schwing”, “party on” and “that’s what she said”, as well as launching Mike Myers’ film career.

The following year, Wayne’s World 2 was released, and whilst not as wildly successful as the first movie, it was still loved by fans of the franchise.

Not much has been mentioned from cast or crew members over the years in terms of a continuation, even as Myers showcased his fondness for reprising signature roles in the Austin Powers and the Shrek franchises.

Asked about the possibility of a third movie during an interview with PopCulture, director Penelope Spheeris didn’t exactly rule it out, but hardly sounded confident, either.

“I don’t know. People send me storylines for Wayne’s World 3 and my answer to them is, ‘It’s called intellectual property, guys, and that belongs to Paramount. So why don’t you send your idea to Paramount? People send me [pictures], if they’ve got twins or something, they’ll send me [their kids] dressed up as Wayne and Garth, a little 3-year-old or whatever.

It would be really cool to see young kids as Wayne and Garth running around, but still have the older dads around. It’s funny because even when they’re not releasing a new product, people talk about Wayne’s World to me. It just lives on and on and on.

It is amazing because when we did the movie, we weren’t like, ‘Oh man, we’re going to make this really big hit. We’re all going to be famous for 30 years.’ We didn’t think that. We thought, ‘Oh hopefully we’ll get three or four theaters, and maybe it’ll last a week.’ We had no idea that it would last this long and people would still love it. But I know I am very, very grateful for it.”

With the release of the third Bill & Ted movie recently, there’s clearly a lot of love in the air for the early ‘90s slacker comedy genre. So it seems like if there ever was a time for another movie to come to the fans directly from Wayne’s basement, that time could be right now.