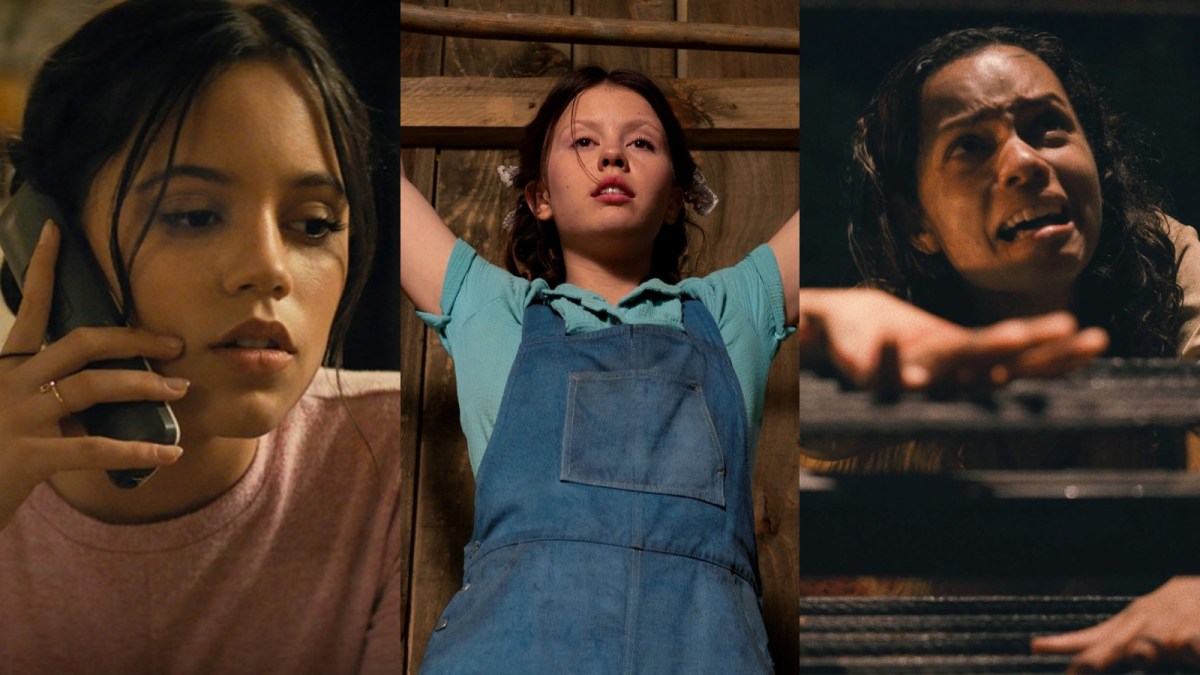 Photos via Paramount Pictures, A24 and 20th Century Studios

There’s no denying that 2022 was a great year for horror. We had some of the most disturbing, groundbreaking, spine-chilling, and raunchy horrors to come from the twenty-first century. Not only that, but there’s been a healthy range of horrors that have helped diversify the genre more than ever before. While some have touched on sociopolitical issues, others have dabbled in the supernatural or faithfully relied on the tried-and-true method of playing on our deepest, darkest fears — or even unlocking fears in us that we never even knew existed. Unsurprisingly, there’s a lot of A24 productions on this list, especially since the entertainment company continues to survive and thrive in the competitive horror sector.

Here at We Got This Covered, we asked our resilient, hard-working, and insightful staff to share their picks for 2022’s best horror movies. Naturally, they didn’t disappoint. There’s a whole spectrum of entries from our writers and editors, ranging anywhere from low-budget, word-of-mouth productions to long-awaited prequels. These entries were chosen by our participants for a whole host of reasons, but there’s no one better to fight their case than themselves. According to WGTC’s staff, these horrors went above and beyond to trounce the competition this year.

The A24 label wasn’t quite enough to propel Alex Garland’s Men beyond theatrical obscurity, but those who gave this folk horror story a chance were treated to some of the best the genre had to offer this year, and given the absolutely rousing year that horror has had, that’s quite an accomplishment.

Anchored by the business-as-usual brilliance of Jessie Buckley in the lead role, Garland’s blend of the serene, allegorical, horrifying, and downright gnarly elements of the film’s ethos made for an end result that was ripe for sinking one’s teeth into. And while you may not expect it from a title as blunt as Men, the film’s ultimate message boils down to the tragically vicious ways that we, as a society, learn. For the keen eye, it’s a refreshing angle for a genre that has taken stabs at the patriarchy so many times before.

While legacy sequels either landed with thuds (Halloween Ends) or mildly strong reception (Scream), Smile came out of nowhere with a simple premise that provided for a great number of ghastly grins and scares to accompany them. A masked killer is not something the public can actually face.

Losing your mind and having untreated trauma from your childhood is and as a result, the work is that much more interesting. We can only hope a sequel is as cool and avoids treading similar ground the first piece touched on with its simple storyline.

Without question, 2022 has been one of the most profitable years for the realm of cinematic horror. And while a plethora of delectable films are certainly near the top of the list, there’s no discounting Zach Cregger’s directorial debut in Barbarian — a mind-melting horror extravaganza that pushes the genre needle.

Grounded by the breathtaking performances from Georgina Campbell and Bill Skarsgård, Barbarian intertwines notable genre elements — including sheer terror, modern fears, cinematic twists, and an unpredictable narrative that will continue to turn the wheel for years to come. For those reasons alone, Barbarian perfectly presents itself as a classic horror tale that reminds thrill-seeking viewers that danger is around any corner, or in this case, in an eerily dark basement.

Scream was easily one of the best horror films of the year because it was one of the only franchise films to come out in 2022 to feel like it belonged in that franchise. The new characters could have crashed and burned compared to the legacy characters but they managed to hold their own enough that we are looking forward to Scream 6.

Scream also just might have featured some of the goriest kills in the franchise. It took the meta-commentary of the original films and updated it for 2022, portraying a scathing caricature of modern horror movie fans.

The terrifying villain of Ti West’s X gets her very own solo venture in Pearl, the prequel that was shot back-to-back with its predecessor. In X, we meet Pearl and her counterpart Maxine, both played by Mia Goth. Their rivalry is made clearer by the events of Pearl, where we see the titular character face the hardships of living on a desolate farm with her infirm father and overbearing mother in 1918 during the influenza pandemic. Pearl aspires to become a chorus girl, much to her mother’s disapproval, and the central conflict focuses on Pearl’s behavior around others and her slow descent into madness and mayhem.

Pearl is nothing short of a cinematic masterpiece and Mia Goth is sensational, even more so than her dual-role in X. She brings Pearl’s pain and despondence to life in her rage and sadness, almost making us root for and sympathize with the same elderly woman who went on to slaughter a whole film crew in cold blood. There isn’t much to complain about with Pearl other than perhaps some slower moments, but overall, it’s the acting, cinematography, storytelling and character building that bring everything together.

Officially graduating from fringe filmmaker to effortlessly justifying his being mentioned alongside other new-wave horror auteurs, X is, so far, at least — there’s more to come from the genre’s biggest rising star in the near future — Ti West’s crowning achievement. Peele, Flanagan, Eggers, Wan; just like his contemporaries, West’s approach to horror isn’t so much with an aim to reconstruct all the established rules raised by the legends that came before, but deliver a refreshed, often self-referential take on the classics.

X is a slasher with no qualms about wearing its inspiration on its sleeve but rehabilitates them with panache. Wheeling out the ‘subverts expectations’ descriptor is borderline trite, but suffice it to say that Mia Goth absolutely slays in her dual role as Maxine Minx/Pearl, serving as the linchpin that effortlessly holds together a deeply disturbing tale about the human condition. Oh, yeah, and there’s plenty of savagery on display. This is still horror, duh.

Besides the fact that nobody outside the cast and crew could piece together the absolutely ambiguous teasers and trailers, Jordan Peele’s Nope still left many with a feeling of uncertainty after they’d seen the film. And besides the obvious fear it’s meant to instill, precariousness is pretty much what makes a horror film truly outstanding.

From the brilliant performances of the lead and supporting actors, to the eerie and unsettling scenarios, Nope isn’t like many other horror films released in the last decade. Opting for stylishly shot, yet discomforting scenes, instead of the classic jump scares, this horror sci-fi had viewers holding their breaths, while never wanting to look away.

Australia’s hot streak when it comes to truly brutal horror movies continued this year with Sissy. This slasher flick manages to perfectly combine some biting social commentary on the modern-age of influencers with some cringe-inducing violence. Particular highlight is a garden shear going through somebody’s cheek — ouch. Set in the desolate and dry bush, Sissy really captures the Australian aesthetic and feels authentically Australian. Best comparison you can make is it reminded me a lot of Friday the 13th as well as the seminal Aussie horror flick Wolf Creek.

Influencer Cecilia is thrown back to her youth when she reunites with her best friend, and gets invited to her wedding and bachelorette party. However things don’t go down super well when one of the other guests has a sordid past with Cecilia which could cause a bloody boil-over. Lead actress Aisha Dee is also a very familiar face for Aussies of a certain age, with her one of the many stars of children’s series The Saddle Club: now all grown up playing a sadistic murderer. You love to see it, quite frankly.

And there you have it, WGTC’s picks for the best horror movies of 2022. Do you agree with our choices? What was your must-see horror of the year? Onward and upward to 2023!