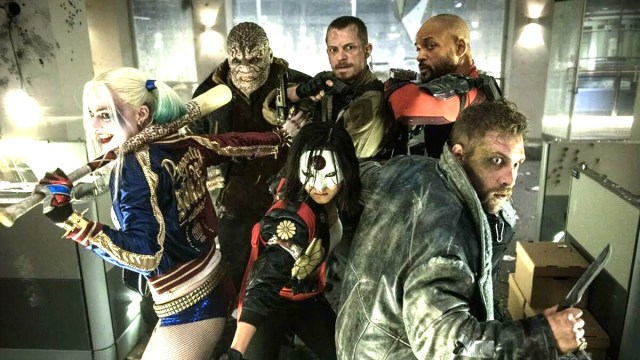 James Gunn and Peter Safran took up their roles as the first Co-Chairmen and Co-CEOs of DC Studios on Nov. 1, after a period that’s been unsettled even by DC standards.

The DC Universe has been erratic on big and small screens for some time, but 2022 saw more downs than ups for the Warner Bros. Discovery Inc. comic property, some of which surprised even the most ardent of DC watchers.

On TV, The CW is still developing DC shows, but the depleted Arrowverse took a major hit when Legends of Tomorrow, Batwoman, Naomi, and Stargirl were canceled, and the end came into sight for The Flash. After Warner Bros. and Discovery’s high-profile merger, one jaw-dropping moment was the cancellation of the almost complete HBO Max original Batgirl movie. That sent shockwaves through the industry and fandom, compounded when Wonder Twins and the Strange Adventures anthology series were also scrapped.

It’s hardly the first time DC’s multimedia expansion has looked messy. As the DC Extended Universe lurched from the connected Snyderverse to a creator-led approach, it continually threw up questions and contradictions. As projects arrived and left, some too early, some before anything emerged, dedicated groups sprung up to defend them.

The fallout from 2017’s Justice League left a bitter taste and ongoing debate. Subsequent years haven’t shown any sign of a universe coming together as it hopped on with intermittent tent-pole movies and a mixed bag of box office takings.

A pleasant surprise at the end of a challenging year was Gunn and Safran’s appointment to oversee television, movies, and animation. Finally, fans were encouraged to believe that DC could achieve the satisfying and successful screen universe it deserved, although questions about popular projects remained.

Social media has been a natural place for fan campaigns to emerge and grow, causing issues for previous DC regimes. Although Gunn had an established Twitter presence, fans were surprised again a week into November when one new studio head acknowledged their presence and that their campaigns existed too.

DC fan campaigns gained some unexpected weight in 2020 when the long-running #ReleasetheSnyderCut campaign achieved the impossible: It worked. It worked so well HBO Max completed the director’s vision with an extra $70 million. That supercharged other campaigns, and at times it’s felt like there is a push to revive every DC project that’s ever happened and most that haven’t. Two of the most famous campaigns come from the fervent fanbases campaigning to release David Ayer’s cut of 2016’s Suicide Squad and those hoping to win a reprieve for The CW’s Legends of Tomorrow. Gunn namechecked both in his response.

The DC Studios head wrote that he’d opened up Twitter after a creative weekend and couldn’t miss the enthusiastic requests that confronted him. He acknowledged a mix of opinions and that his new job meant he couldn’t be as active on Twitter as he had been.

“As the new (& first ever) CEOs of DC Studios, Peter & I think it’s important we acknowledge you, the fans, & let you know we hear your different desires for the pathways forward for DC,” he said.

“Although our ability to interact on Twitter has been lessened due to the workload of our new positions, we are listening & open to everything as we embark on this journey, & will continue to do so for the next few years.”

Gunn reassured fans that “our initial focus is on the story going forward, hammering out the new DCU, & telling the Biggest Story Ever Told across multiple films, television shows, & animated projects.”

If that wasn’t music enough to most fans, his appeal and evident excitement were:

“We invite all of the DC fandoms from across the multiverse — and everyone else as well — into this new universe. We can’t wait to reveal more.”

Gunn’s hints for the future

It was the kind of acknowledgment DC fans aren’t used to, and it said as much as it didn’t say — as you might expect a week into the job (hardly any time when you take out chats to Jason Momoa and probably a few movie screenings).

The New DC Universe doesn’t mean a reboot (sequels to former DCEU properties stretch to the end of 2023, at least), but it suggests a new approach. The “Biggest Story Ever Told,” in capital letters, reinforces a drive to connect the stories and characters, hinting that an intertwined multimedia universe like the MCU is in the sights of Warner Bros. and Discovery CEO David Zaslav.

Even though Gunn addressed the Suicide Squad Ayer cut and Legends of Tomorrow campaigns, those are unlikely to happen. The resurgence of Henry Cavill as Superman, thanks to the mid-credits scene everyone wanted in Black Adam, suggests a blend of old and new, but the emphasis sounds like it will fall on putting the old into the new. Almost all of the Snyder Justice League is still active in movies, and it’s conceivable they can form the core of a new and refocused universe.

It’s hard not to picture Gunn and Safran as a beleaguered Suicide Squad taking on the unstoppable hordes of Staro, as directed by Gunn in his unpredictable step into live-action DC. There isn’t a simple, Harley Quinn-led solution to this puzzle. The odds of pleasing everyone are slim.

So, in short, don’t expect a restoration of the Synderverse or a re-emergence of the CW’s Arrowverse to be on the cards (although you can never say never). Reading between the lines, Gunn and Safran are shaping a new path that promises to tell a connected multimedia story, as befits a gigantic comic book universe the best part of a century old and packed with an estimated 10,000 characters. That’s a big toy box.

Gunn’s acknowledgment of the campaigns after previous regimes stayed quiet as it absorbed the anger of the fanbase is that it will be built on the shoulders of everything that came before.