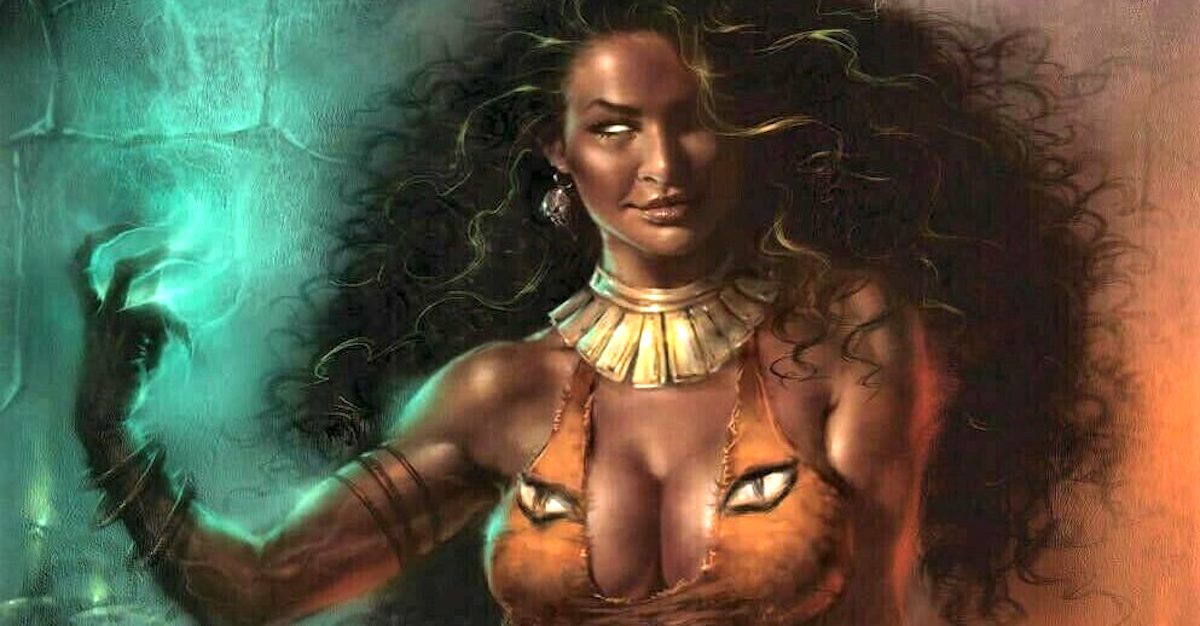 The ever-expanding Marvel Cinematic Universe continues to let lesser-known and oft-overlooked heroes have their moment in the spotlight, giving fans a front-row seat to characters they might have forgotten about or not even known existed.

Now that Variety has announced that Ariana DeBose, the actress best known for her role as Anita in Steven Spielberg’s recent reimagining of West Side Story, would be playing Calypso Ezili in Sony’s upcoming Marvel movie Kraven The Hunter, Marvel fans are keen to acquaint themselves with this lesser-known Marvel villain.

Where does Calypso come from?

The character of Calypso was created by Denny O’Neil and Alan Weiss, who introduced her to audiences in The Amazing Spider-Man #209 in 1980.

Calypso was introduced as Kraven the Hunter’s girlfriend in her debut. During this issue, she pushed Kraven to chase down Spider-Man with renewed vigor and rage, encouraging Kraven to get his hands on the one prey that had forever eluded him. Unfortunately, this plan backfired on Calypso. While she did encourage Kraven to hunt Spider-Man with his old anger and passion, it brought him down a dark road that ultimately led Kraven to take his life during the famous “Kraven’s Last Hunt” storyline.

With Kraven gone, Calypso dedicated herself to other things. She returned to her homeland of Haiti and resumed her magical practices, hoping to become stronger. Much of the magic she ended up practicing required blood sacrifices. Keen to power herself up no matter the cost, she sacrificed her sister, which in turn gave Calypso immense magical power.

This power was first seen when she returned in the “Torment” storyline. Starting in Spider-Man #1 in 1990, this storyline, written by Todd McFarlane, saw Calypso take control of the Lizard’s mind, hoping that together they could kill Spider-Man and avenge Kraven. This was the first of many times that the powerful magic-user antagonized New York’s finest heroes.

Calypso later made appearances in Daredevil comics, turning local Haitian refugees into zombies that she could sell. She later died several times only to be resurrected through various magical means. During these later comics, she embarked on a quest to revive her old paramour, Kraven. This mission saw her getting into fights with Simon Garth and Kraven’s son, Alexei Kravinoff.

Each time Calypso returns, she has slightly different magical abilities, making her a unique foe that can give even the strongest hero a run for their money. Quite simply, when Calypso is around, Spider-Man better watch his back.

What has Calypso appeared in?

Outside of the comics, Calypso has been used many times. In Spider-Man: The Animated Series, she appeared with a totally different backstory. Her true identity was Dr. Mariah Crawford, the girlfriend of Sergei Kravinoff before he took the potion that made him Kraven the Hunter. She was often an ally to Spider-Man and helped him out by creating a cure for the Man-Spider mutation.

Famously, a later storyline saw Mariah catch a plague that turned her into a monster, forcing Spider-Man to jump into action to save her from what she had become. She also appeared in the later Spectacular Spider-Man, where she was closer to her comic characterization but still generally used as a background character.

What powers does Calypso have?

Over the years, Calypso has had many different powers. Her main ability is her command of magic, often incorrectly called “Voodoo” in earlier comics. Recently, this has been referred to more sensitively.

This magic allows Calypso to do many things, including brewing potions that empower or weaken the drinker in various ways. She can also cast spells and control minds. She has used the latter ability to put various heroes and villains under her command, including the Lizard and Daredevil, who was turned into an obedient zombie under Calypso’s control for a short while.

On top of this, her magical practices also allow her to harness and summon evil spirits and create zombies of various types, from mindless minions to bodies she can fully possess. Calypso can even control animals in some incarnations.

One of Calypso’s wildest magical abilities is her ability to resurrect herself and thus save herself from death. She’s been killed numerous times in the comics, but has always found a way back to the land of the living, once by storing her soul in the Amulet of Damballah, which allowed her to control anyone that happened to be holding the amulet.

While there’s still a lot we don’t know about what Marvel plans to do with its on-screen Calypso, one thing is certain: this is one big bad that Spider-Man does not want to mess with.