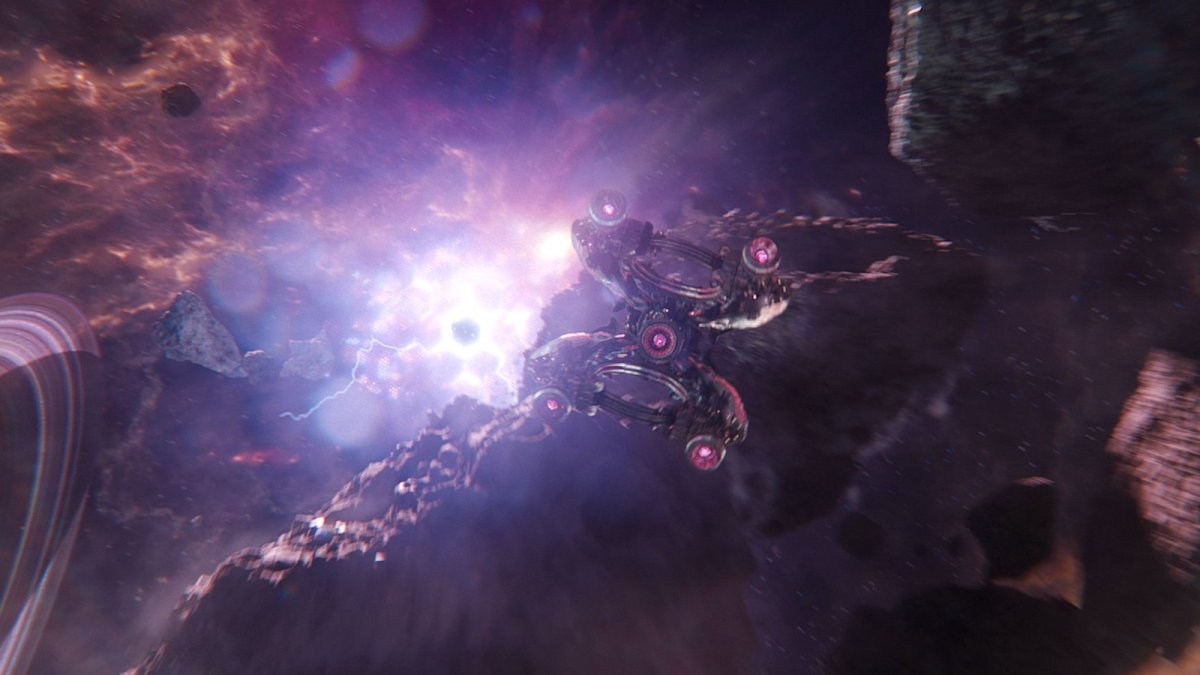 The Guardians of the Galaxy Holiday Special was fun, festive, and full of Phase Five easter eggs. It also introduced a brand new spaceship called the Bowie, causing a collective head scratch among Marvel fans who were just getting used to the Benator and were finally over the loss of the Milano. But we’re getting ahead of ourselves. Let’s back up a bit.

Guardians leader and lover of all things 80s, Peter Quill, aka Star-Lord, has always had a habit of naming his spaceships after iconic 80s celebrities. In the 2014 Guardians of the Galaxy, we meet his first ship, the Milano, named after Hollywood actress and Quill’s childhood crush, Alyssa Milano. This blue and orange spaceship was inherited by Quill from Yondu and his Ravagers when he was ten years old.

In Avengers: Infinity War we find out that the Milano was abandoned and that Quill and the Guardians are now using a new spaceship called the Benatar, named after iconic rock singer Pat Benatar. The ship played a pivotal role in Avengers: Endgame after Earth’s Mightiest Heros shrunk it down to toy-size and carried it along in their time travel journey to make finding the Infinity Stones easier.

In The Guardians of the Galaxy Holiday Special, we find out that Quill has yet another new ship, this time called the Bowie. Here’s what we know about it.

The Bowie explained, the Benatar forgotten, and how it all sets up Vol. 3

Unlike some other Marvel movies and shows, the naming of Quill’s spaceships after 1980s icons does not stem from the comics but was instead born out of the MCU. Later editions of the comics did eventually start incorporating the feature and even included about a spaceship called the Ryder after actress Winona Ryder. So who knows, after the Bowie we might get the Ryder, but we digress.

The holiday special does not explain why the Guardians are now using the Bowie over the Benatar, but director James Gunn assured fans that the Benatar still exists, “it’s just much smaller,” he said via Twitter.

As it turns out, director James Gunn always intended for David Bowie to have a cameo in Guardians of the Galaxy Vol. 2 but the musician’s untimely passing in 2016 made that impossible. Even though it’s not explained why the Guardians are now using the Bowie, it likely has just as much to do with Quill’s (and Gunn’s) love of Bowie as it does with the MCU’s plans for Phase Five and Guardians of the Galaxy Vol. 3.

The spaceship is four stories tall according to James Gunn and, like Vol. 3, is more important than you might think. Serving as a kind of epilogue to Phase Four, The Guardians of the Galaxy Holiday Special not only bids adieu to the last two years of the MCU, but also sets up Vol. 3 in a number of ways, some more shocking than others, from new ships all the way to new relationships.

The Guardians of the Galaxy Holiday Special is now available to stream on Disney Plus.