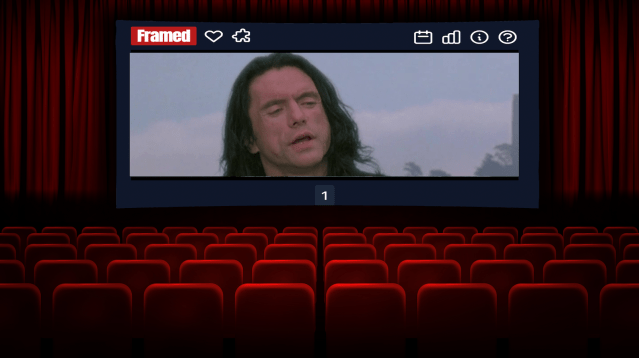 Is it a bird? Is it a plane? No, it’s another variant on the popular word game Wordle, but now it’s testing your knowledge of the depths of cinema — it’s Framed.

Yes, it does seem like nearly every pocket of pop culture that one could be even remotely interested in has some form of Wordle variant to test fans’ knowledge. But Framed – which you can play here – stretches beyond the simple word-guessing game and introduces visuals. Now, you’re guessing screenshots, or as they’re more professionally known, frames. Inspired, right?

The foundation is still the same – you’ve got six guesses to score the right answer. But, unlike some other variations of the game, you’re given visuals for one movie to work with. The first frame will be something incredibly obscure — maybe a shot of a cityscape that seems a little bit familiar, or a distant shot of some extras in a setting that you just can’t put your finger on. Each incorrect guess or skipped turn gives you a new frame that is hypothetically more recognizable and more immediately associated with the film.

By guess six, if you haven’t already guessed the right answer, the visual will be an unmistakable part of the film that you’ll simply either know or won’t.

But, just like its counterparts like Wordle and Heardle, you’ll still be able to share your attempts on social media in those sweet little square emojis.

As for today’s installment of Framed, we’ve given you some hints that’ll help steer you in the right direction… or make you say, “what the hell is that?” In any case, don’t say we didn’t try to help!

Still not sure? View the answer below.

The answer for today’s Framed is School of Rock