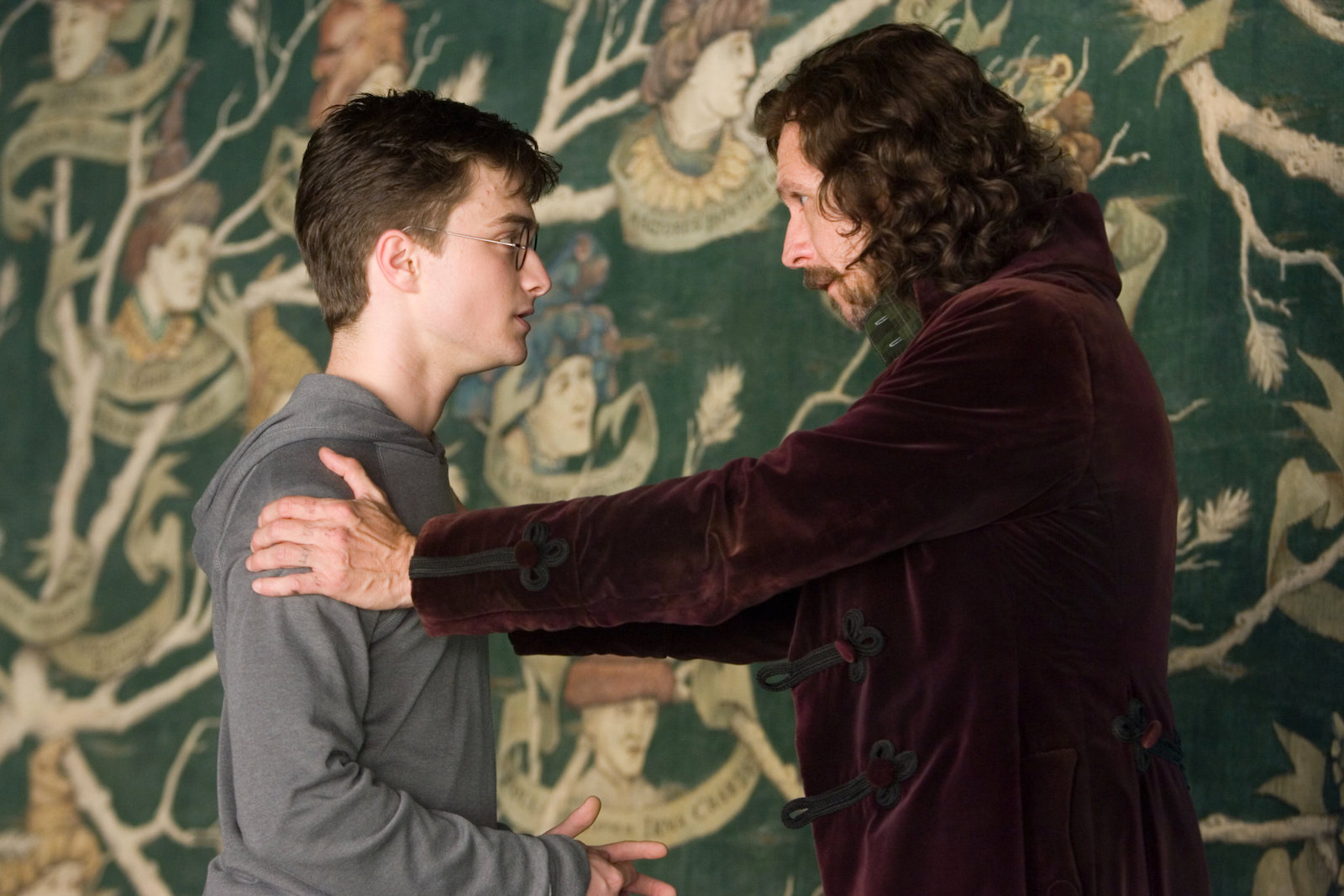 Throughout the seven Harry Potter books and eight original films, the Wizarding World has introduced readers and audience members to a variety of magical objects that have turned out to play important massively roles in the overarching storyline. Objects like the Vanishing Cabinet, the Mirror of Erised, the Resurrection Stone, and even the moving chess pieces have all been instrumental to either helping or hindering Harry and his friends from achieving their goals.

Another mysterious object the characters came into contact with was the mysterious Veil in the Department of Mysteries. But despite its rather enigmatic presence and the significant role it plays in the Harry Potter and the Order of Phoenix, the Veil is never properly discussed. It briefly appears in the fifth book and film, but in all the resulting chaos, no one really sits down to explain why it exists or what it means. Thus, all we have to go off of are a few scattered explanations.

In case you’re one of those ardent Potterheads who is still trying to wrap their heads around what exactly that mystical Veil is, here’s your answer.

What is the Veil?

In Order of the Phoenix, Harry and his friends discover the Veil while running from Death Eaters who tricked them into believing that they had captured Sirius Black. Just moments before all hell breaks loose, the group ends up in the Death Chamber and stumbles upon the Veil. In simple terms, the physical structure is a doorway of sorts between the plane that living people exist on and the place their souls end up after they die.

While in the books the Veil is described as a tattered black curtain hung within a stone archway, in the film it appears to be made of greyish, opaque mist. In both cases, the curtain/mist continuously moves “as though it had just been touched,” implying that the spirits of the dead were entering the afterlife through it but couldn’t be seen.

Though it is not explicitly stated, the Veil seems to work much like the Thestrals do. Just like only those who have witnessed someone die can see the winged horse-like creatures, only those who believe in the afterlife can feel the Veil’s otherworldly vibes. While Harry, Neville Longbottom, Luna Lovegood, Ron Weasley, and Ginny Weasley were all entranced by it, only Harry and Luna could hear the faint whispers and murmurs of the dead and felt like someone was standing on the other side. The voices of the dead, though still inaudible, grew louder when Harry tried talking to whoever was on the other side.

J.K. Rowling once explained how the living perceive the Veil in a chat with Melissa Anelli for her book Harry, a History:

“Luna believes firmly in an afterlife. She’s very clear on that. And she feels them speaking or hears them speaking much more clearly than Harry does. This is the idea of faith. Harry thinks he can hear them; he’s drawn on. But Harry’s had a life that has been so imbued with death that he now has an uncharacteristically strong curiosity about the afterlife, especially for a boy of 15, as he is in Phoenix.”

According to the hyper-rational Hermione Granger, there was never anything intriguing about life after death. But even though she couldn’t hear or feel any presence in the Veil, she knew it was dangerous.

Why is the Veil in the Department of Mysteries?

Not many know what goes on in this particular department or what its employees ⏤ called Unspeakables ⏤ do there. It’s been explained that the Veil is situated in the Death Chamber, where the concept of Death is being researched. It’s possible that just like other magical objects like the Resurrection Stone, the Veil was the creation of a powerful wizard who made a physical manifestation of the doorway between the dead and the living.

There is also the possibility that the Veil is indeed a mythical doorway and has existed in this very spot for centuries. The Department of Mysteries was founded in 1672, which is more than a decade before the Ministry of Magic was established in 1707. While it’s obvious that the Ministry was built around the department, it’s possible that the department itself was built around where the Veil was situated so its employees could study and research it.

Can the living cross the Veil?

As we see from Harry’s reaction in Order of Phoenix, the longer one stares at the Veil, the more they get entranced and will feel a “strong inclination to climb up on the dais and walk through it.” We see Harry unconsciously walking toward it as if he was being pulled by an unseen force. If not stopped, a person would walk right through the Veil, never to return, as it’s not made for the living to cross. If they do, they can’t turn back, as they instantly die upon breaching its threshold.

Unfortunately, we see an example of this when the Death Eater Bellatrix Lestrange hits Sirius with a spell during their fight in the Department of Mysteries. In the films, Sirius is hit with a Killing Curse, which means that he was dead before his body passed through the barrier. In the books, however, Bellatrix hits him with a spell that appears as a red streak of light, which means that it was either Stupefy or some other curse, not Avada Kedavra. The spell stunned Sirius or else left him unable to resist, and he fell backward into the Veil and it engulfed his body, instantly killing him.

“Harry saw the look of mingled fear and surprise on his godfather’s wasted, once-handsome face as he fell through the ancient doorway and disappeared behind the veil.”

During Dumbledore’s last rites in Harry Potter and the Half-Blood Prince, Harry reveals that it was the first funeral he has ever attended. Sirius’ body was never recovered from the Veil, implying that when a living person passes through it, they are completely gone ⏤ the barrier takes away the soul and the body, never planning to return them back in any form. As Lupin tells a distraught Harry after Sirius falls through the Veil, “There’s nothing you can do, Harry… nothing… he’s gone.”

Unlike the other magical objects we see in the Harry Potter franchise, the Veil is perhaps the most dangerous artifact. While one has to voluntarily become obsessed with the Resurrection Stone or the Mirror of Erised to suffer the consequences, the Veil’s mere presence is enough to lure any unsuspecting individual to an untimely death.