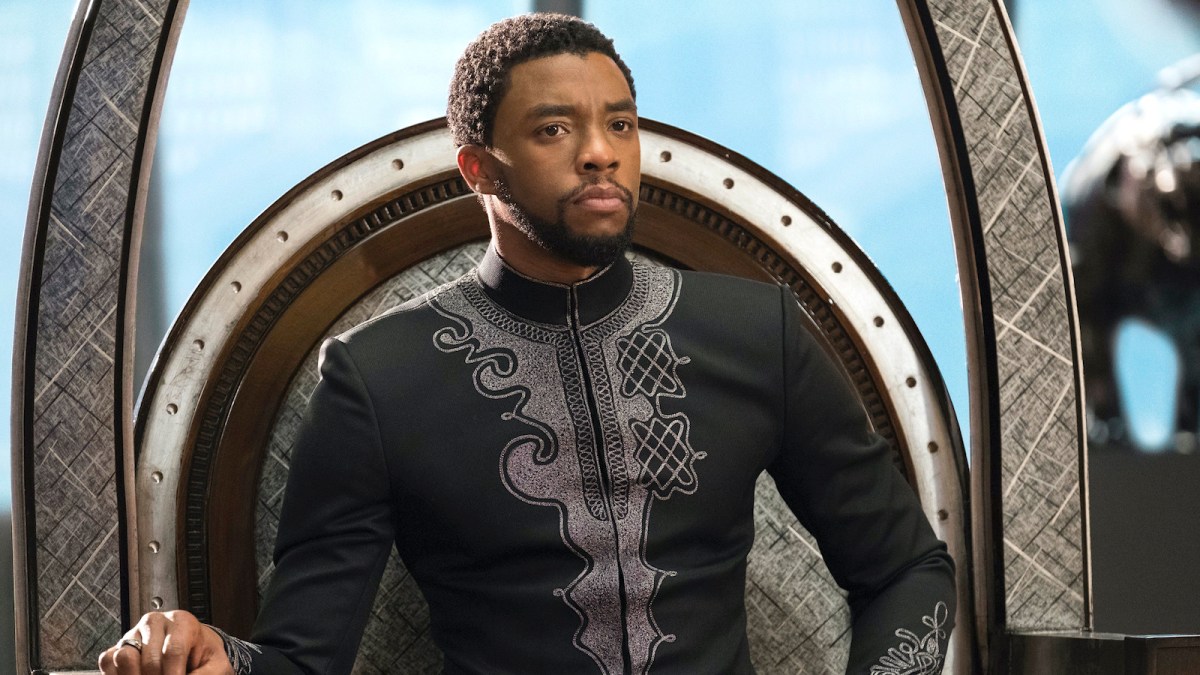 The film sees the Avengers split in two as Bucky Barnes (Sebastian Stan) is framed for the bombing of a UN conference, which results in the death of T’Challa’s father, T’Chaka. Determined to bring his father’s killer to justice, T’Challa aids in the hunt for Barnes and suits up as the Black Panther, the protector of Wakanda. In addition to the first appearance of Black Panther, the film also features the first appearance of Tom Holland’s Spider-Man.

Black Panther’s next outing was in his own solo film directed by Ryan Coogler, Black Panther. The film was released in 2018 and it followed T’Challa as he came to terms with the death of his father, his father’s legacy, and his new position as the King of Wakanda. Black Panther introduced Danai Gurira as Okoye, Letitia Wright as Shuri, Angela Bassett as Queen Ramonda, Winston Duke as M’Baku, and Lupita Nyong’o as Nakia. As Wakanda was hidden by technology, a large part of the film questioned whether they should share their advancements and Vibranium with the outside world.

The film expanded upon the crumbs of Wakanda present in Captain America: Civil War and showed us Wakanda in all of its royal glory. It followed Erik Killmonger (Michael B. Jordan) as he tried to take the Wakandan throne from T’Challa, who was revealed to be his cousin. Ultimately, after Killmonger defeated T’Challa for the first time, T’Challa killed his cousin and took back his position as the head of his country, sharing their technology with the outside world.

Wakanda was not seen until the end of the film, as the Avengers on Earth took Vision to Wakanda to see whether they might be able to dismantle his Vibranium body to remove the Infinity Stone in his head. Unfortunately, they were unable to stop Thanos from collecting the Infinity Stones and he snapped the Infinity Gauntlet, causing half of the universe to fade away, including T’Challa himself.

The follow-up to Avengers: Infinity War, Avengers: Endgame, was released in 2019 and it was also directed by Joe and Anthony Russo. The movie was the highest-grossing film of all time for a while, before being taken over by a re-release of James Cameron’s Avatar. Avengers: Endgame was a time-travel heist film, with the third act containing one of the greatest superhero battles to grace the big screen.

Of course, midway through the film, the remaining Avengers manage to bring back those who were snapped away, and they were able to assemble the entire Avengers (except for Black Widow) to defeat Thanos and his forces. In the end, Tony Stark (Robert Downey Jr.) sacrificed himself to snap away Thanos’s army and a new era began. T’Challa was brought back from Thanos’s snap and he was back at Wakanda by the end of the movie in what would be Chadwick Boseman’s last live-action appearance as Black Panther.

You do not necessarily need to watch What If…? before Black Panther: Wakanda Forever, but as it was the last time Chadwick Boseman would play Black Panther, it would be good to do so. What If…? the animated series was inspired by the What If? comic book series, telling stories across the Marvel multiverse, narrated by The Watcher (Jeffrey Wright). All nine episodes of the series were released in 2021.

The first season of the series only has nine episodes so it should not be that long of a binge, however, if you wanted to only watch the episodes in which Boseman voiced T’Challa, those episodes consist of episode two ‘What If… T’Challa Became a Star-Lord?’, episode five ‘What If… Zombies?!’, episode six ‘What If… Killmonger Rescued Tony Stark?,’ and episode nine ‘What If… The Watcher Broke His Oath?’.

The Falcon and the Winter Soldier

The Falcon and the Winter Soldier was released in 2021, and it followed Bucky Barnes and Sam Wilson (Anthony Mackie) after the events of Avengers: Endgame. This series is another one you do not necessarily need to watch, but because Bucky Barnes did live in Wakanda as the White Wolf, and the Dora Milaje does make an appearance in the show, they might refer to this in Black Panther: Wakanda Forever. The series ends with Bucky Barnes getting closure on his time as the Winter Soldier, while Sam Wilson embraces his new role as Captain America, getting a great new costume with it.

All of these MCU projects are available to stream on Disney Plus should you get the urge to catch up before the release of the new film. Catch Black Panther: Wakanda Forever as it rolls into theaters on Nov. 11, 2022.