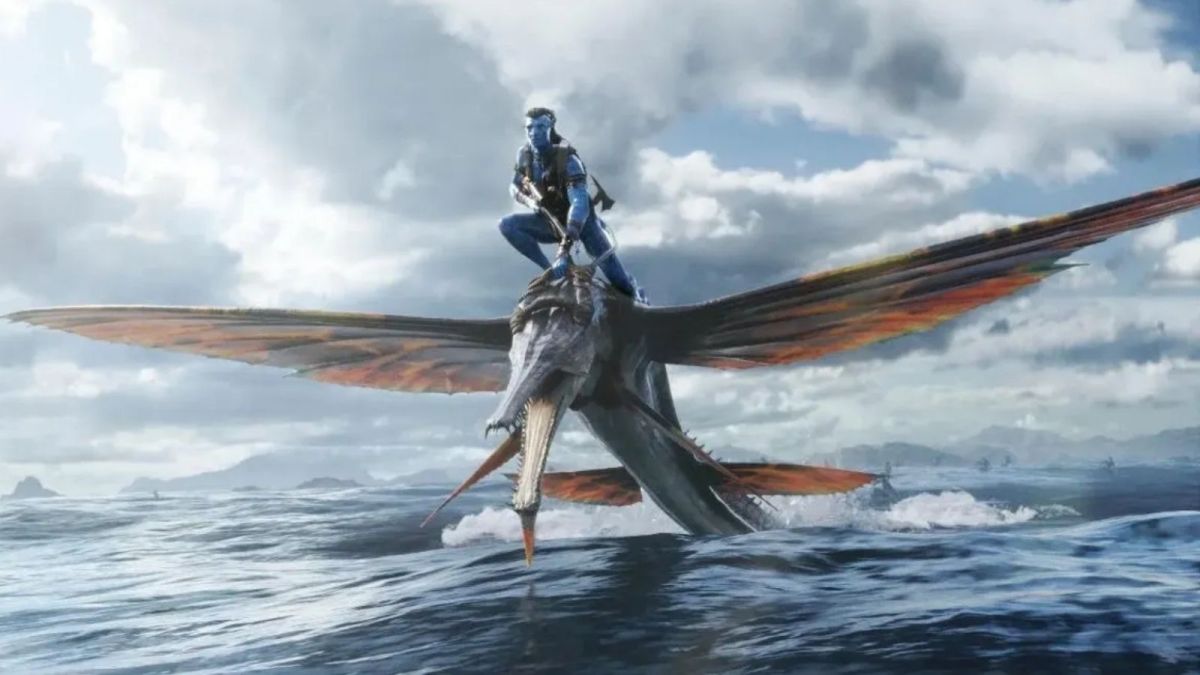 Avatar: The Way of Water is James Cameron‘s newest blockbuster epic with a runtime of three hours and 12 minutes. In comparison, DC’s 2022 superhero epic, The Batman, was 2 hours and 56 minutes, and the 2009 Avatar film was only 2 hours and 41 minutes. The Avatar sequel might not be as long compared to other classics, foreign, and experimental films with longer runtimes, but it did spark the question about using the toilet whilst watching the film.

Cameron addressed this “issue” in an interview with The Hollywood Reporter, where he encouraged moviegoers to “go whenever you want” so that they could come back and “see it again.” Hollywood Reporter described his comments as “serious” since repeated viewing was the key to any film’s success. And with a long film like this one, with a reported budget of $250 million, of course, he wants moviegoers to come back.

“Any time they want. They can see the scene they missed when they come see it again.”

But let’s say you only have the budget to see one film this month. Or you’re not the type of person who would watch the same movie twice in theaters. When is it the best time to take a bathroom break during Avatar: The Way of Water without fearing that you’d miss something? Well, this handy little movie guide is here to solve the rather pressing issue.

How to time your bathroom break during Avatar: The Way of Water?

Avatar: The Way of Water has a lot of important and memorable moments, some of which you don’t want to miss. Fortunately, this is a three-hour movie, meaning there will be some moments that may look important. But you can easily make a quick run and return without feeling like you’ve missed something. We would suggest going during the trailers, but if you’re one of those people who are planning to watch the sequel just to catch the Barbie trailer, then leaving your seat for a toilet break isn’t recommended.

Fortunately, there are other options. But first, let us highlight the part of the film wherein you trying to wedge in a quick break won’t be a good idea.

It is important to note that you SHOULD NOT go to the toiler until Jake Sully and his family have been welcomed to the Metkayina Clan across the oceans. The first hour of the movie is important since it gives a brief description of what happened after the events and presents the return of Colonel Quaritch. Unless you read the comic books, this is not the best time to leave to make a toilet run.

But as we said, there are moments in the long film where you can answer the call of nature without worrying about missing anything substantial.

The middle-portion of the film

There are moments during the second-third portion of the film where it is technically safe to leave your seat. Most of them see Sully’s kids receiving an introductory lesson about the ocean. These moments are just them learning the basics about swimming and riding the animals. Nothing too significant happens unless you would like to see Jake and his family struggle with their transition to the ocean.

There is a scene where Jake Sully’s second son, Lo’ak, joins a few Metkayina children in the ocean to go hunting. You can absolutely go during this moment, but you have to return quickly. In order to not miss anything, you have to be back in your seat before he gets attacked by a violent giant fish. It’s okay if you miss a few seconds of this scene, but you have to return before it ends.

We don’t suggest leaving after those two events since you might miss some important moments, such as Kiri’s near-death experience, some spiritual lore, and important family drama.

There are also a few moments of Quaritch and his team doing mundane Pandoran exploration with Spider as they try to get used to Pandora’s forest ecosystem. Unless you want to watch this father-son-bonding moment, you can definitely take a brief leave. Just remember that these scenes tend to be short, so you need to be back as fast as you can.

It is also safe to go when Quaritch attacks some of the reef Na’vi clans just to find Jake Sully. As these scenes are somewhat uncomfortable to watch, you can instead make a run to the toilets.

Also, once Quaritch and his squad enter the marine biology ship, it might be safe to plan a break, but you need to be back before they go traverse the oceans. There will be a scene where they go harpoon fishing, which might be very uncomfortable to watch. Unfortunately, this scene is an important plot beat so it’s up to you if you want to skip it or not.

During the final moments of the film, it’s up to you if you want to make a run for it or not. Just make sure it happens before Quaritch and Sully’s confrontation and before the boat sinks. Anything before that should be found if you’re not the type of person who enjoys heavy action scenes, especially when you can predict who might die in the film and who might survive. Once Neytiri arrives at the confrontation, you may have to make your own call to decide if you want to leave during the final climax.

Cameron made sure that all the important information is spread out to encourage fans not to leave. This film isn’t as structured compared to the original Avatar film, so it will be up to you when you decide when it’s safe to leave. Hopefully, this little movie guide would be helpful when it comes to navigating and planning your toilet breaks during your viewing of Avatar: The Way of Water. And if you missed something, you could always come back and watch it again.