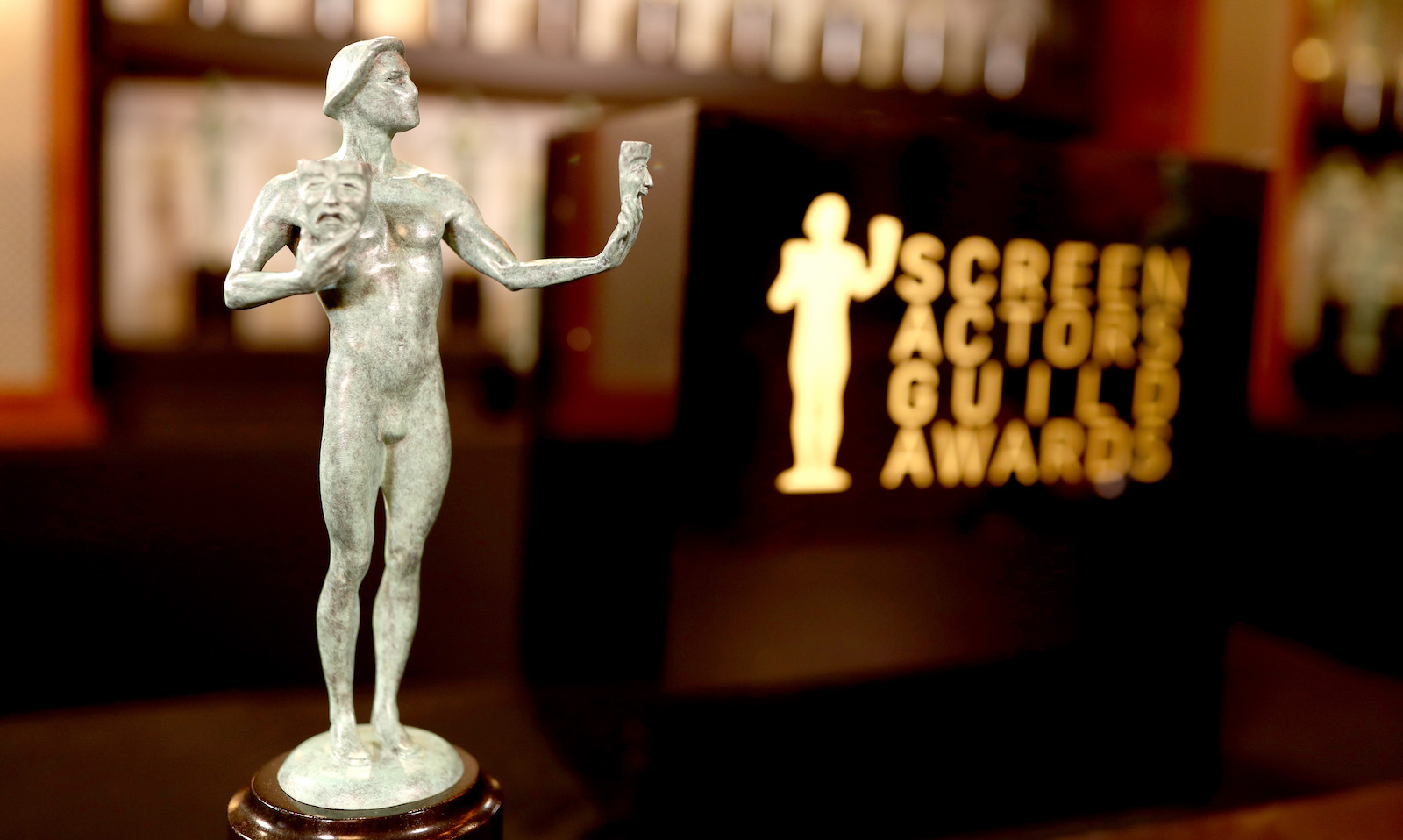 But who has the most nominations, and most importantly, who has taken home the trophy most often?

What Are The SAG Awards?

The SAG awards are operated by the Screen Actors Guild-American Federation of Television and Radio Artists. Every year 2100 members of the union are randomly split into two committees, one focused on television and one on film.

These committees come up with nominations for each category. Then the union’s membership, which is around 160,000 people according to SAG, votes on the winners. Making the SAG awards some of the most hotly contested awards in Hollywood.

Who Has The Most SAG Award Nominations

It isn’t uncommon for actors to get multiple nominations per awards season. Because of this, many actors are vying for the honor of most nominations. The most nominated actor is Edie Falco, with a whopping 22 nominations. One of the most fascinating things about Falco’s SAG awards history is that all her nominations are from her TV work. In fact, all 22 nominations come from her work on two shows, The Sopranos and Nurse Jackie.

Meryl Streep is in joint fourth position overall. However, she holds the honor of having the most nominations for movie work. 17 of Streep’s 19 nominations come from film roles, including nominations for The Iron Lady and The Bridges of Madison County.

However, despite this, Falco doesn’t have the most SAG wins. In fact, she is in joint 6th place.

Who Has Won The Most SAG Awards

Many big-name actors have won multiple SAG Awards. However, one actor currently tops the table for the most awards won in the ceremony’s history.

Julia Louis-Dreyfus has won nine SAG Awards, all for her TV work. This is primarily thanks to her work on Seinfeld. The legendary sitcom about nothing has been nominated for 17 SAG awards and won six. Five of these are due to Louis-Dreyfus, who won five awards for both Outstanding Performance by an Ensemble in a Comedy Series and Outstanding Performance by a Female Actor in a Comedy Series. However, the actress has also won four awards for her work on Veep, showing that she isn’t a one-trick pony.

Alec Baldwin currently holds second place, with eight wins, and like Louis-Dreyfus, these are all for television work. However, all eight wins come from his work on 30 Rock.

Viola Davis and Renée Zellweger jointly hold the honor of having the most SAG Award wins for film work. Davis has won six awards overall, with four coming from movies. This includes an Outstanding Leading Actress in a Motion Picture award for her role in The Help. She won this award again in 2020 for her role in Ma Rainey’s Black Bottom.

Renée Zellweger has won four awards, all of which are for her film work. This includes two awards for Chicago, one for Cold Mountain and one for her role in 2020’s Judy.