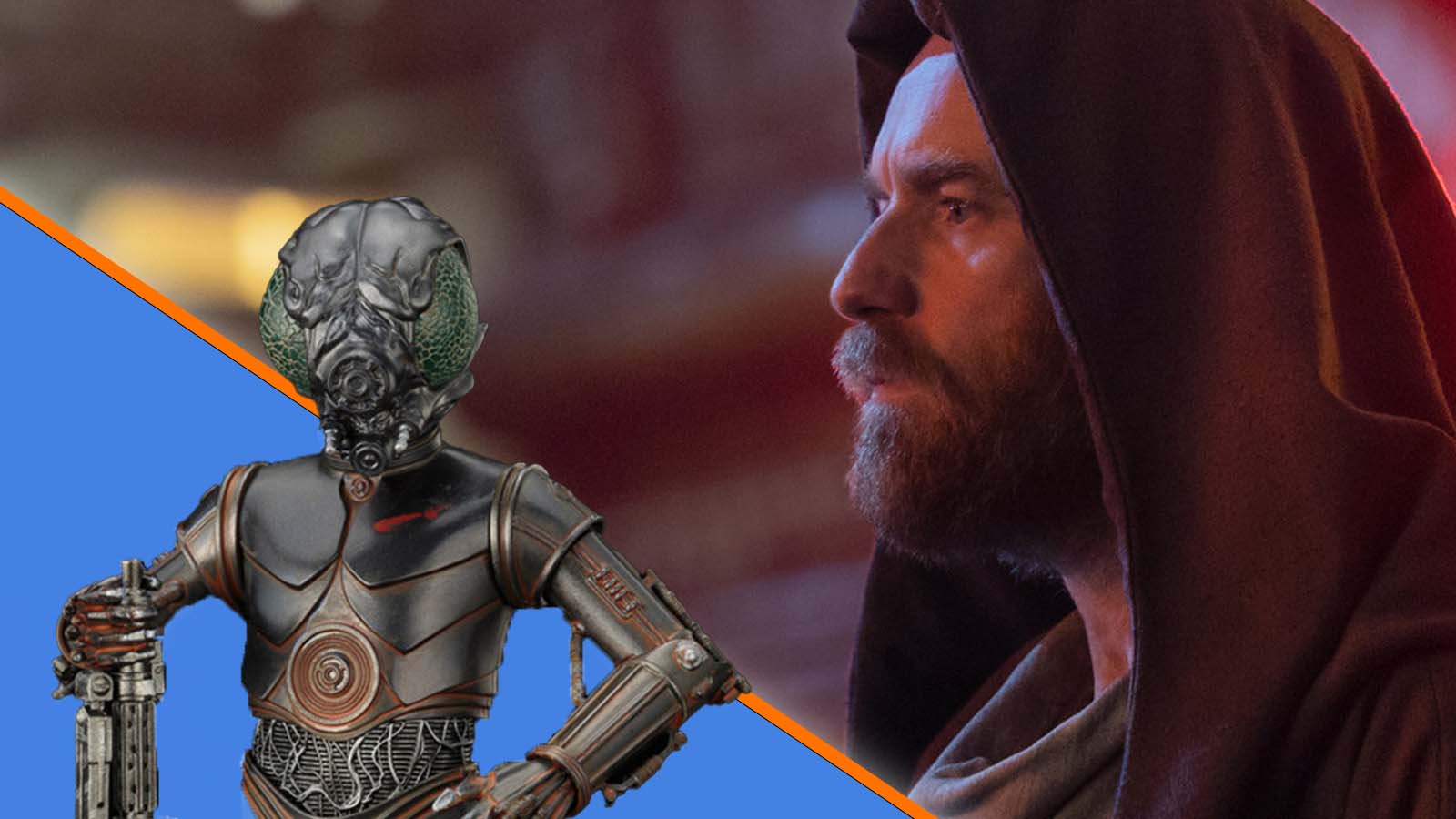 Disney Plus Remix by Keane Eacobellis

Pretty much anybody with a Disney Plus subscription knows about The Mandalorian and Boba Fett. Even casual fans who tuned into The Book of Boba Fett can recognize both of the famous Star Wars bounty hunters and can probably even name series antagonists, Cad Bane and Black Krrsantan, as well. But even though he appeared in what most fans consider to be the greatest Star Wars film of them all, bounty hunter 4 -LOM doesn’t exactly get a lot of brand recognition outside the hardcore of Star Wars fandom.

That could be set to change. But for now, let’s look into who exactly the feared — if not necessarily well-known — galactic bounty hunter is.

Fans of the original trilogy caught their first brief glimpse of 4-LOM (pronounced four ell oh em) in the famous bounty hunter sequence in Episode V: The Empire Strikes Back that featured the first live-action look at Boba Fett as well as fandom favorites Bossk, Dengar, and the assassin droid IG-88. But, even though the camera time of the latter three was brief, two bounty hunters standing off to the side had even briefer cameos: 4-LOM and Zuckuss.

Although they’ve since developed long and rich backstories, the original Star Wars bounty hunters were meant as little more than set dressing for Empire’s introduction of Boba Fett. As such, many of the actors’ costumes were cobbled together with whatever the production team had at hand. For example, the production team created Trandoshan bounty hunter Bossk’s spacesuit from a whole old Windak flight suit used by the legendary BBC Sci-Fi series Doctor Who. They created 4-LOM’s look by using a black and silver distressed version of a protocol droid’s costume topped off with a massive insectoid head. Chris Parsons, the stand-in for Anthony Daniels, played 4-LOM.

Like his bounty hunting colleagues, 4-LOM soon gained a backstory from a mix of headcanon, fanon, and canon. His established origin is that he was once a LOM series protocol droid developed by Industrial Automaton, the same company that manufactures the R2 series astromech droid. His massive insectlike head was designed to resemble the species he originally served. At some point, 4-LOM suffered a series of programming errors, causing him to become listless and unfulfilled. Eventually, the glitches allowed the droid to essentially rewrite his personality. 4-LOM chose to reinvent himself as a thief, leaving his original position as an etiquette droid on a luxury spaceliner to pursue a life of crime.

Eventually, 4-LOM came to the attention of the galactic crimelord Jabba the Hutt. Jabba upgraded the droid’s programming, allowing it to use violence. 4-LOM took up a DLT-19 heavy blaster rifle modified to fire electromagnetic pulses as well as standard energy blasts and began a career as a bounty hunter. 4-LOM’s programming allowed him to specialize in anticipating and countering the moves of his opponents. 4-LOM would eventually form a partnership with Gand bounty hunter, Zuckuss.

4-LOM and Zuckuss answered Darth Vader’s summons to find and capture Luke Skywalker shortly after the Rebel Alliance lost their base on Hoth to the Empire. Despite his limited screen time in Empire, the character has gone on to appear in many of the Star Wars comic series including Star Wars, Darth Vader, Bounty Hunters, War of the Bounty Hunters, as well as in Season Two of the LEGO animated series LEGO Star Wars: The Freemaker Adventures.

StarWarsNews.net is reporting that “a credible source” has said 4-LOM will appear in the upcoming Obi-Wan Kenobi Disney Plus series. Although the source in question did not reveal many details about 4-LOM’s involvement in the story, they did assure the site that his role would be more substantial than his mere seconds of screen time in Empire.

Star Wars: Obi-Wan Kenobi premieres on Disney Plus on May 25.