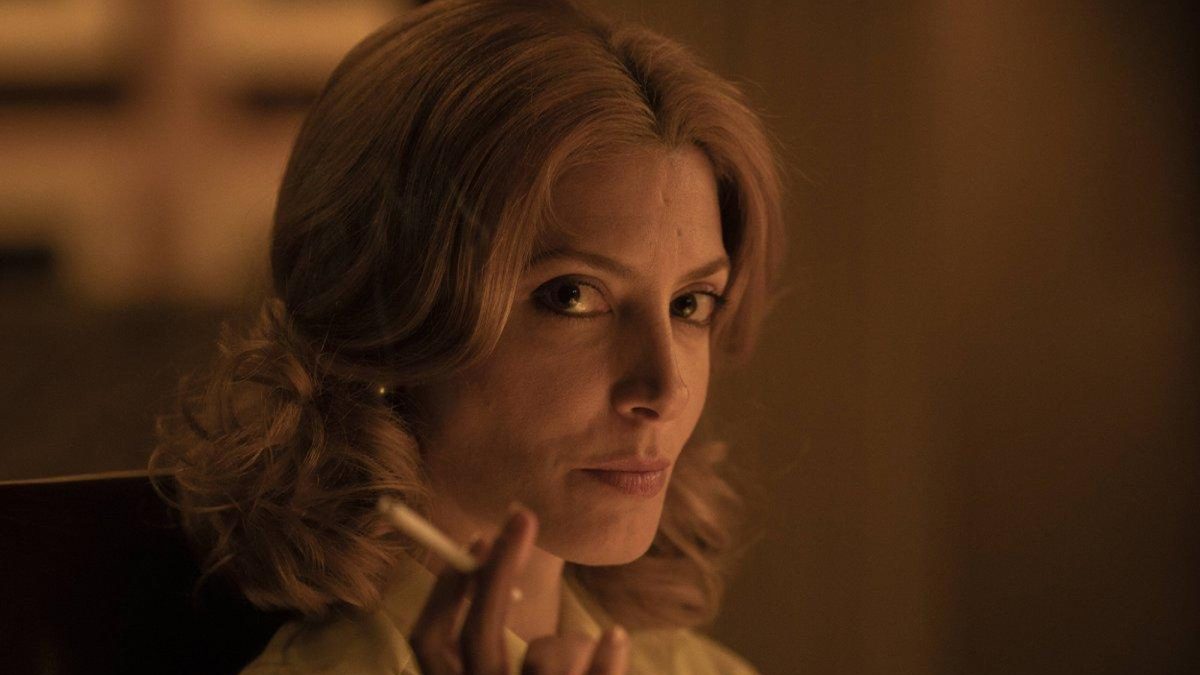 The Spanish psychological mystery thriller God’s Crooked Lines has hooked millions of the genre’s fans to the screen who find themselves constantly left with the task of solving the complex puzzles and twists that the movie entails.

Released on Oct. 6, 2022, and based on the novel by Torcuato Luca de Tena, the story revolves around a private detective Alice Gould (Barbara Lennie), who got herself admitted to a psychiatric ward masquerading as a patient diagnosed with paranoia.

As the film progressed, the viewers are acquainted with Alice’s key motive to take this step, which is to investigate the death of a former patient, Damian Garcia del Olmo, the son of Dr. Raimundo Garcia del Olmo. She was convinced of Damian’s murder and proceeds with her search for the culprit within the ward. Along the way, she met several characters whose association with the deceased placed them at the receiving end of suspicion.

These include the patient Luis Ojeda, who was claimed to be constantly fighting with Damian and later attempted to rape Alice. The efforts at solving the mystery of ‘who killed?’ continued until Alice discovered the real cause of her being there, which was a conspiracy by her husband to prove her insanity and eventually rob her of her wealth.

The director of the hospital Dr. Samuel Alvar (Eduard Fernandez) throughout the movie was hell-bent on proving Alice’s insanity despite her pleas against the same. However, there is one character whose name is reiterated until the movie’s end and who played a crucial role in Alice’s admission and false diagnosis. The mysterious character is none other than Dr. Donadio. Let’s get to know more about him.

What is Dr. Donadio up to?

It was made very clear at the movie’s beginning that it was Dr. Donadio who assisted Alice in her entry to the hospital by falsely diagnosing her as a patient of paranoia. After going inside the ward, she met Dr. Tedoro Ruiperez, who read out Donadio’s evaluation of Alice to Samuel Alvar.

The evaluation stated Alice to be a compulsive liar who possesses the ability to manipulate any situation or conversation even to the extent of baffling eminent psychologists. The diagnosis also mentioned that Alice frequently contradicts her statements, which could be easy to pinpoint, but finds a way to make these contradictions logical.

Here, Dr. Donadio’s appraisal separates her from every other patient in the facility, who, despite being mentally challenged, are somehow predictable — thereby deeming Alice as a dangerous patient in need of constant care. The viewers later get to know how Donadio was complicit in Alice’s intentions of unearthing the secrets behind Damian’s death.

Following her confrontation with Samuel Alvar, who refused to have sent any letter to Alice confirming his approval or support for her investigation, they engaged in harsh confrontations where Alice revealed her original plans in front of all the hospital staff including an individual who seemed to be a police officer.

To her shock, the person was revealed to be Dr. Raimundo Garcia del Olmo, the father of the late patient Damian, who sent Alice on the mission in the first place, and who we saw at the very outset of the movie accompanying her to the facility.

Interestingly, Donadio’s identity was disclosed at the very end, and to Alice and the audience’s shock, he turned out to be the person who claimed to be Dr. Raimundo. This proves that the man at the beginning who dropped Alice was not Raimondo, but Donadio, who made a false assessment about Alice being an expert liar.

Despite having revealed his identity, Donadio’s presence was felt in the movie as his name was frequently taken. His appearance at the end raises significant questions in relation to the movie’s climactic twists. The first is regarding Alice’s sanity. The movie showed us a constant tussle between Alvar and Alice, where the former remained unmoved in his opinion about her illness.

Alice’s shocking reaction to Donadio might mean she had been lying all along to free herself and created a theory in her mind that blamed her husband for her presence in the ward. This could also mean that Donadio’s assessment of Alice was real (about her being a liar and manipulator) and he was in no way assisting her to solve a murder case.

While this has been considered a plausible theory about the movie’s final twist, Donadio’s unexpected presence could also imply that Alice was once again trapped in a web of complicated machinations which included her husband and Alvar. The latter was vehemently against her claims at proving her innocence and subjected herself to severe treatment.

There is a possibility that Donadio was hired by Alice’s husband to appear as Raimondo for meeting his ultimate goal of admitting her into the ward. As Alvar was also the key suspect in this controversy, his crucial role in asking Donadio to come was the perfect way to plant the seed of doubts in the mind of other doctors, who collectively voted in favor of Alice’s discharge from the hospital. To sum up, Donadio played a major role in determining the key twist of the movie.