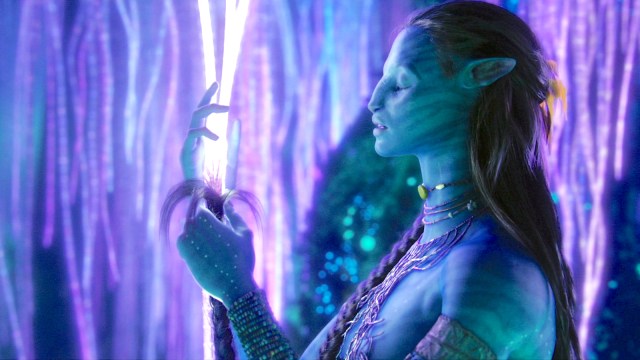 There’s no denying Avatar is James Cameron’s magnum opus. When the first movie came out in 2009, audiences were introduced to the planet of Pandora, the Na’vi people who inhabit it, and all the history, lore, mythology, language, topography, and minutiae Cameron hid under every nook and cranny. Yet, the biggest detail of all, the one that holds the Na’vi people together like glue and served as a major plot point for the first movie, is Eywa.

Eywa is not a person, but she is as real to the Na’vi people as oxygen is to humans. Her part in the first Avatar movie was so complex she might as well have been the protagonist. After all, it was the assault on The Tree of Souls, and by extension Eywa, that Jake Sully, Neytiri, and all of the Na’vi fought so hard to protect against from the Resources Development Administration (RDA).

When the long-awaited sequel, Avatar: The Way of Water, premieres on Dec. 16, Eywa will undoubtedly be mentioned, for she governs every aspect of the Na’vi culture in both blissful moments and those laden with strife, the latter of which The Way of Water will be rife with. Here’s what you should know about her before going in.

Eywa is known as the All-Mother or Great Mother

The All-Mother, also known as Eywa, is the predominant deity of Pandora and the spiritual presence, or guiding light, through which the Na’vi live and breathe. Eywa represents the Na’vi’s faith in a globally distributed consciousness, a concept by which they believe everything returns to Eywa when it dies.

For the Na’vi, a connection to Eywa can be made through their braids, at the end of which are translucent-like tendrils, otherwise known as neural queues. These tendrils, when connected, allow the Na’vi to mentally communicate with one another, or Eywa. This type of connection was seen between both Jake Sully and his direhorse Pale in the first Avatar movie as well as multiple times throughout the movie as a means of connecting with Eywa under the Tree of Souls.

In times of great need, Eywa is able to intervene directly in the lives of her people, as was the case during the Assault on the Tree of Souls when she summoned Pandora’s wildlife to help the Na’vi fight against the RDA.

The Na’vi have a strong belief in unity and community, which Eywa plays a large role in reinforcing, and one which permeates every aspect of the Na’vi’s relationships, including Jake and Neytiri’s. When we meet them again in The Way of Water, Jake and Neytiri will be fighting to save their family — which now includes three children, one of which is a reincarnated version of Signorine Weaver’s character — from the forces that try to tear them apart.

Avatar: The Way of Water will see you in theaters when it premieres on Dec. 16.