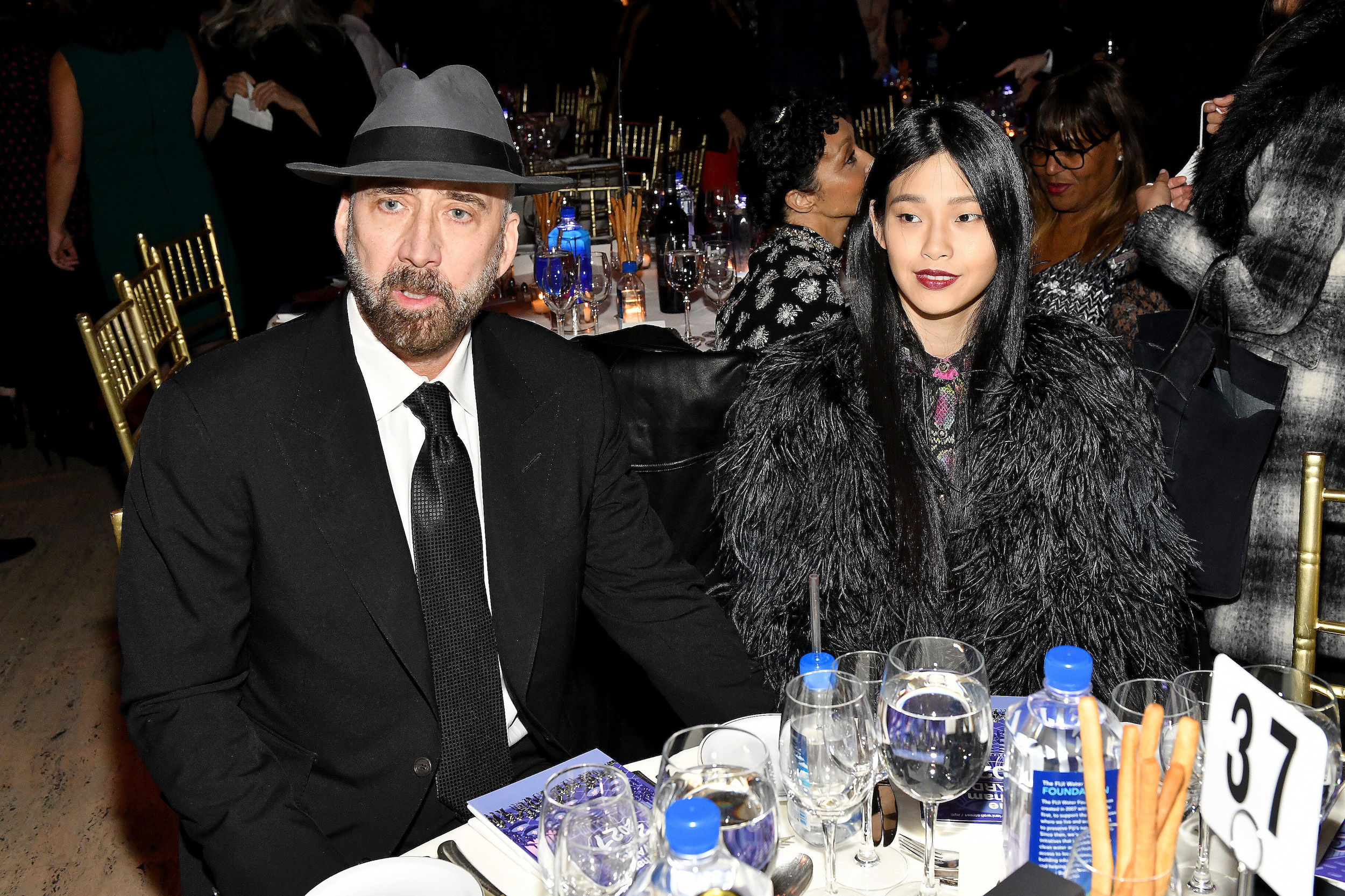 Nicolas Cage is an enigma. He’s an Academy Award-winning actor (1996’s Leaving Las Vegas), but he’s also been in quite a few blockbusters over the years, including the National Treasure and Ghost Rider franchises.

There’s a pretty good chance he’ll get another Oscar nom for last year’s Pig. Oh, and he buys dinosaur bones. His wife, however, is less known. Her name is Riko Shibata, and she’s 31 years younger than him – a year younger than his oldest son. She’s only 11 years older than his youngest son Kal-El Coppola Cage. She’s also pregnant.

So who is she?

Shibata is Cage’s fifth wife. The couple married on Feb. 16 of last year, and it’s her first marriage. They tied the knot in Las Vegas, Nevada at the Wynn Hotel. She wore a “handmade [black] Japanese Bridal Kimono from Kyoto that required three layers,” according to People.

Cage wore a black Tom Ford tuxedo. The wedding was an intimate affair with “traditional Catholic and Shinto vows with poetry from Walt Whitman and Haiku sprinkled in,” according to a Cage rep.

The bride even took his last name and is now legally known as Riko Cage. Shibata and Cage reportedly met in Japan through mutual friends while filming Prisoners of the Ghostland. Shibata is also an actress.

Cage announced he was engaged to Shibata on a radio show hosted by his brother Marc Coppola.

“She left New York and went back to Kyoto, Japan, and I went back to Nevada, and I haven’t seen her for six months,” he said on the show. “We’re really happy together, and we’re really excited to spend that time together, so I finally just said ‘Look, I wanna marry you,’ and we got engaged on FaceTime.”

Shibata’s favorite color is (obviously) black, so Cage kept that in mind when he bought the wedding ring.

“I got her a black diamond engagement ring. Her favorite color is black, so she wanted the black gold and the black diamond. I customized and personalized it, and I actually sent it to her FedEx,” Cage said.

Cage said he knew the relationship would work when he discovered Shibata’s love for flying squirrels.

“She likes animals, too, so I asked her, ‘Do you have any pets?’ And she said, ‘Yes, I have flying squirrels.’ She had two sugar gliders… I thought, ‘That’s it. This could work out,'” he told Entertainment Tonight.

In 2020, he took her to visit his pyramid-shaped tomb in New Orleans, because he wanted to show her places that were “meaningful” to him.

“When you enter a new love, you want to show where you went to school. ‘This is my old neighborhood. I grew up in that house,'” he told GQ. “New Orleans is like the other city I grew up in, so it was meaningful for me to show her New Orleans.”

Cage said Shibata also did the same for him, taking him to some shrines in Kyoto.