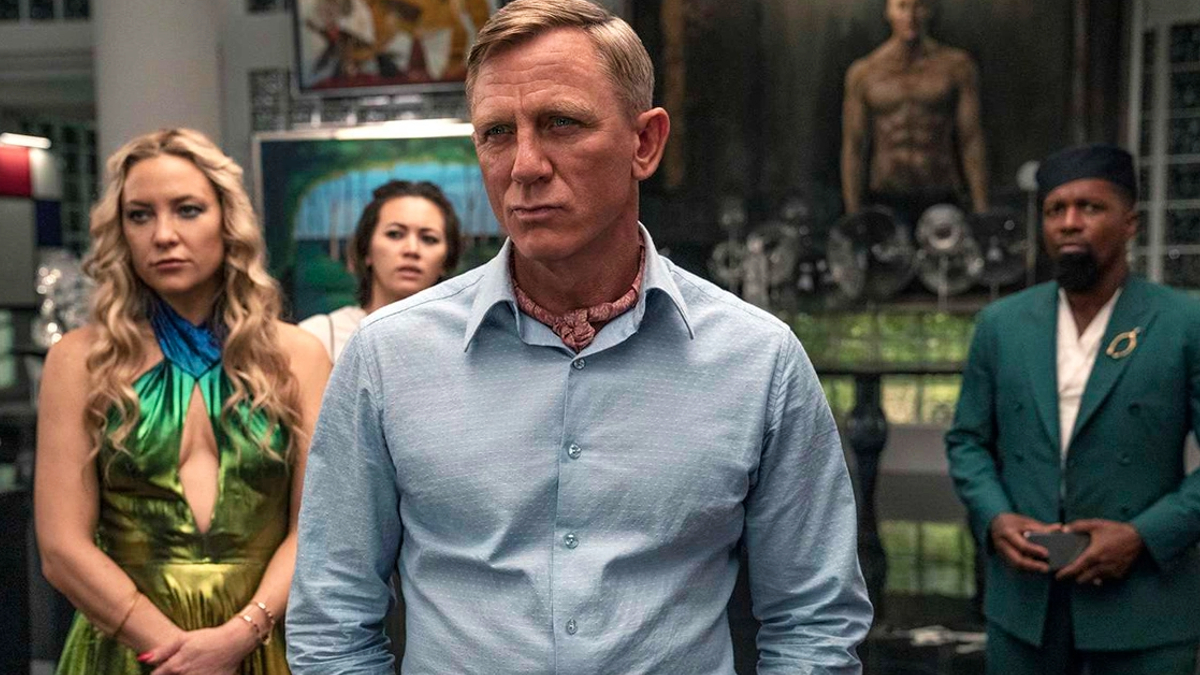 Warning: There are major spoilers ahead for Glass Onion: A Knives Out Mystery.

Daniel Craig has reprised his role as the famous detective Benoit Blanc in Rian Johnson’s second installment of the Knives out mystery. Not unlike its predecessor, Glass Onion: A Knives Out Mystery — released on Sept. 10 — has maintained the trend of making impressive casting choices, including Janelle Monae, Kathryn Hahn, Kate Hudson, Ethan Hawke, Dave Bautista, and Fight Club star Edward Norton as the tech billionaire Miles Bron.

Like Knives Out, Glass Onion has also maintained the mysterious tone of a Sherlock Holmes novel with innumerable and intricate twists baffling the viewers and keeping them guessing till the end. Of course, there are a lot of characters, unknown and budding tensions between almost everyone, and a murder to be solved; a task which Blanc takes up and resolves with much enthusiasm and rapidity.

The crux of the film raises the question of “who dunnit?” implying that there is a murderer among the members of the group. The movie meticulously weaves all the pieces of the puzzle together and provides a satisfying ending to an intriguing yet complicated mystery.

Who is the murderer in the movie?

The movie starts with a group of people receiving an invitation from their common friend – billionaire Miles Bron (Edward Norton). The “disruptors” (as they were called) were invited to visit his private island in Greece for solving a murder mystery game. Detective Benoit Blanc (Daniel Craig) and Miles’ former business partner and co-founder of Alpha, Andi also appear at the magnificent venue much to Miles’ surprise.

Ever since the words ‘murder mystery’ were read on the invitation at the movie’s very beginning, tensions started building. It was later revealed by Miles that he had never sent any invitation to Blanc – thus adding another layer of mystery to the plot.

The viewers are also introduced to Andi, who lost a legal battle with Miles thereby ending her partnership with him and explaining the look of distress and disappointment on her face throughout.

Halfway through the film, the characters’ disillusionment with Miles’ behavior started to become clear and it was soon hinted that almost everyone had a reason for wanting him dead although nothing was explained in detail.

This was not until he disclosed the true intention for inviting the disruptors, which was to make them aware of his plan to go public with ‘Klear,’ a hydrogen-based fuel that powered his mansion, the Glass Onion. The rest of the members start to express their concerns about its safety only to get discredited and shunned by Miles. By this time, the viewers are pretty much sure of Miles’ imminent murder by his guests.

What happened to Duke?

A murder does occur but much to the audience’s surprise, it wasn’t Miles but fellow disruptor Duke, a men’s rights streamer who seemingly died of poisoning after he took a drink from Miles’ glass.

It became clear that the intention of the killer was to kill Miles. Amid this tension, Andi became the major suspect due to her absence during the time of the murder and her fight with Duke just before the incident.

As Blanc followed Andi, he addressed her as Helen only for her to get shot by an unnamed killer. Here, we are introduced to Andi’s twin sister Helen who masqueraded as Andi at the party. It was revealed that Andi committed suicide the day before Helen approached Blanc to solve her sister’s murder, who in turn advised her to follow him to the island as Andi.

So, it is not until the middle of the movie that we are introduced to the real murdered victim which wasn’t Miles or Duke but the former’s business partner, Andi, or Cassandra Brand. Right before her death, she held a red envelope and sent a threatening email to the group to destroy the industry.

As the flashbacks covered Blanc and Helen’s perspectives of the disruptors’ behavior on the island, it became clear that none of them had any reason to get Miles killed. On the contrary, they needed his assistance to resolve their respective professional crises.

What was the motive?

While all of them had motives to kill Andi, further investigations culminated in the final revelation where Miles turned out to be the murderer. He poisoned Andi, stole the red envelope with Andi’s initial plans for Alpha (proving her claim as the brain behind Alpha), and killed Duke after he learned of the real Andi’s death on his phone at the party, and began to blackmail Miles to get him a role in the Alpha news.

To avoid possible exposure, he mixed pineapple juice in his drink and traded his glass with Duke — without anyone’s observation — who died of his allergic reaction to pineapple. The movie’s ending — which is also its climactic denouement — shows Helen exacting revenge on Miles by smashing every decorative item inside the Glass Onion. She survived the bullet, which fortunately hit the notebook in her chest, and found the contents of the envelope in Miles’ mansion.

Initially, her actions were interpreted as a way of unleashing her frustrations about her sister’s death, which seemingly failed to receive any justice since the disruptors disagreed to testify against Miles. This was until she threw the sample of Klear handed to her by Blanc into the fire, destroying Miles’ mansion and property on the island and leading to his arrest.

Despite a cathartic ending, it is the process of discovering the killer’s identity which is a rewarding experience for the viewers as the story constantly pulls the audience into its various, intricate layers of subplots and unexpected twists.