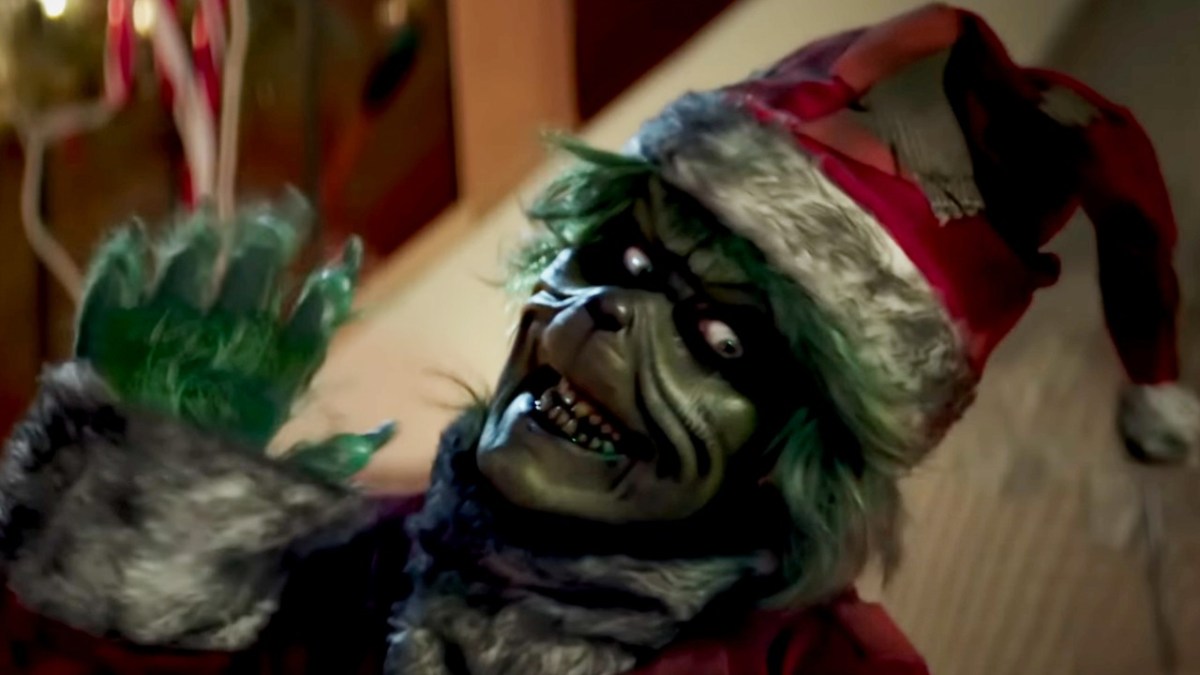 After the release of its head-scratching first trailer, The Mean One is the latest viral sensation taking the horror world by absolute storm. As silly as it can get, the premise centers around the ominous Grinch character who, after viciously murdering the parents of Cindy You-Know-Who, sets his sights on terrorizing Cindy and the rest of Newville during the Christmas season. The horror film has been recognized in the public domain as a parody, and borrows several elements from 2000’s Dr. Seuss’ How the Grinch Stole Christmas.

As anticipation around the horror extravaganza continues to build, genre fans have plenty of questions that need to be answered. From the gut-busting plot to the unnerving appearance of the Grinch, it’s no wonder there is a certain fascination surrounding the project. However, there is one question that is perhaps the most glaring of them all: Who plays the Grinch in the upcoming horror movie?

Who plays the Grinch in The Mean One?

In The Mean One, the Grinch is portrayed by actor David Howard Thornton. Much like prior versions of the Grinch, this one will be similar in appearance — with unappealing green skin, long, gritty fingers, and a head-turning laugh. This version of the Grinch, however, is much meaner than other versions — if that’s even possible. Let’s face it, though, at least Jim Carrey’s portrayal never tried to commit straight-up murder. Or… did he?

Taking a step back, Thornton is certainly the perfect choice for the upcoming role. With his unsettling appearance, towering height, and superlative use of body language, it makes sense why he was specifically cast in the role. Then again, who wouldn’t want to portray a blood-thirsty version of the Grinch?

Upon release of the trailer and official poster, horror fans were immediately reminded of a familiar figure in the horror world — and that would be Art the Clown. Much like Art, Thornton’s Grinch utilizes eerie body language and movement to stalk his victims. This makes complete sense, seeing as Thornton is in fact the same actor who portrays Art the Clown in Damien Leone’s Terrifier movies.

Seeing as Thornton now portrays two memorable characters in the widespread horror genre, it might be time to start tossing his name into the hat of notable scream kings. And although The Mean One has yet to hit theaters, fans can surely expect an unpredictable performance from one of the most spine-tingling actors in the horror genre today.