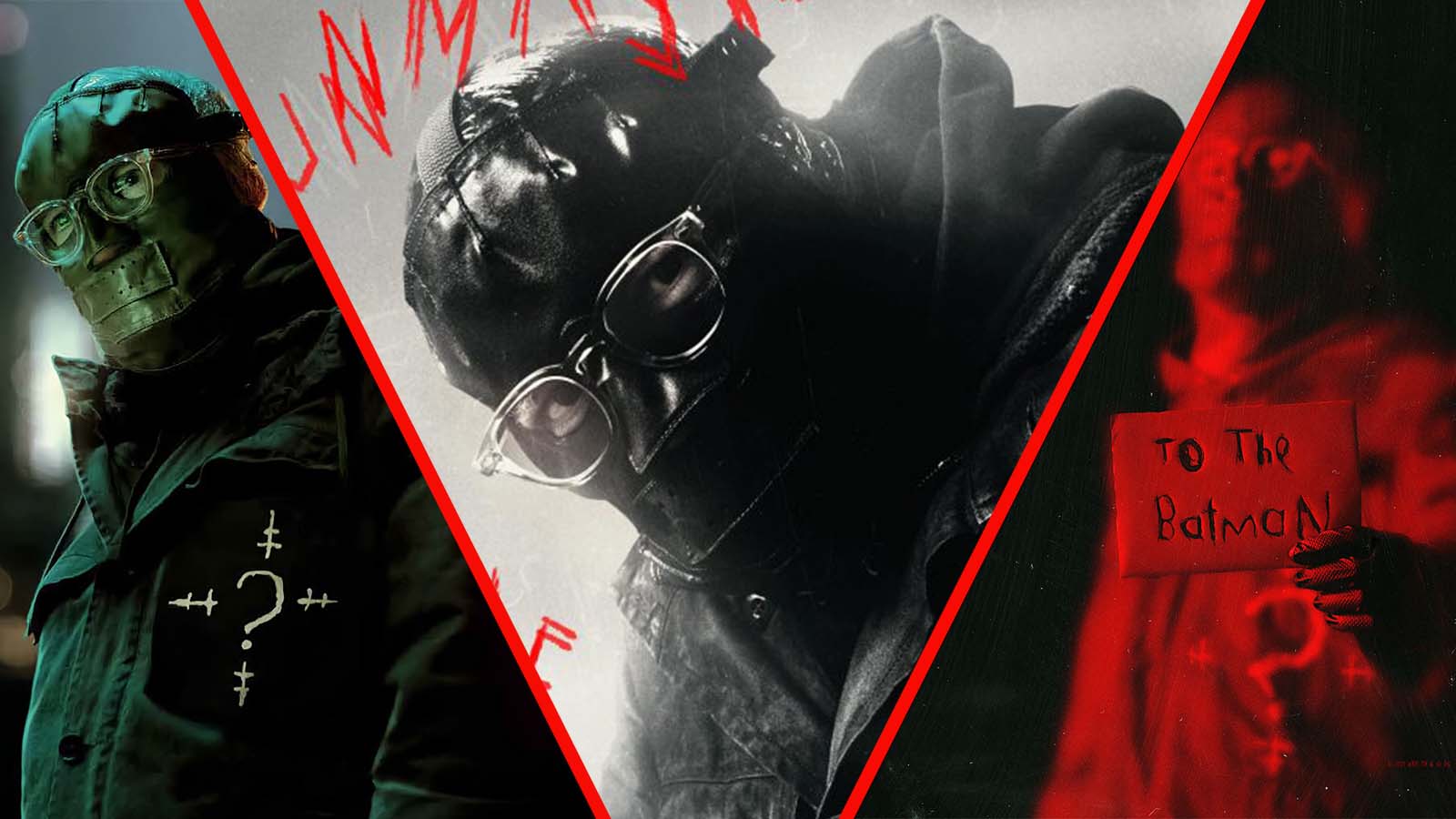 Warning: This article contains full spoilers for The Batman.

With The Batman hitting theaters today, its secrets are finally out there. And, make no mistake, DC fans will be unpacking this one for a while. On the one hand, the movie is more self-contained than, say, your average MCU film, but at the same time it still has an eye on setting up future installments in what director Matt Reeves is calling his “Batverse.” For instance, one pivotal scene paves the way for the rise of another iconic villain in the sequel.

It’s only after Edward Nashton/the Riddler (Paul Dano) is arrested that his real endgame becomes clear: he’s planted bombs along the Gotham waterfront that he’s primed to go off to flood the city. While Batman (Robert Pattinson) is unable to prevent the detonations, he does succeed in stopping the Riddler’s goons from assassinating Gotham’s new Mayor Bella Real (Jayme Lawson) and generally causing untold havoc.

As Riddler watches his plans come to nothing on TV, he sobs in his cell at Arkham Asylum (or Arkham State Hospital, as it’s dubbed in the movie). But the inmate in the cell next to his offers some words to cheer him up…

Who is the Riddler’s new friend?

This mysterious individual reveals themselves to be sympathetic to the Riddler’s cause, sharing Nashton’s psychopathic tendencies and love of chaos. Though we do not see their face, which is kept in silhouette, it’s possible to detect some hint that they have a facial deformity. What’s more, their dialogue offers a major hint at their true identity.

“Isn’t that just terrible?” says the stranger. “Them raining on your parade like that? What is it they say? One day you’re on top, the next you’re a clown. Well, let me tell you, there are worse things to be.”

Facial scars? Talk of clowns? There’s only one person this can be, right? The evidence only gets more damning when the Riddler and his new pal end the scene hooting with laughter together. Yes, though the name isn’t said out loud, this mysterious Arkham inmate surely has to be the Joker.

Who played the Riddler’s new friend?

OK, so the Joker exists in the Batverse. Now the big question is: who plays him? It actually happens to be an actor audiences have just seen in another superhero blockbuster flick, though his obscured features and use of an American accent will likely throw people off the scent. Marvel fans may be surprised to learn that Riddler’s new clown-loving ally is Barry Keoghan, who previously portrayed Druig in Eternals.

Keoghan’s presence was naturally kept out of the marketing for The Batman, though he had been labeled online as playing someone called “Stanley Merkel”, which we now know to have been a cover story. In the movie’s credits themselves, he is listed as “Unseen Arkham Prisoner”. Though he only has a couple of minutes of screen time here, assuming Keoghan really is playing the one and only Joker, we can no doubt expect him to fill a much more significant part in The Batman 2. Which is interesting as it means that he may have major roles in both the Marvel and DC universes going forward.

For those eager to see more of Keoghan’s Joker, the good news is that an alternate introduction for him was shot for The Batman, with Matt Reeves teasing to Tech Radar that this deleted scene could be released once the dust has settled on the film’s release as he thinks it’s “really cool” and he wants people to see it.

While we wait for more on the Batverse’s Joker to emerge, you can catch The Batman in theaters this weekend.