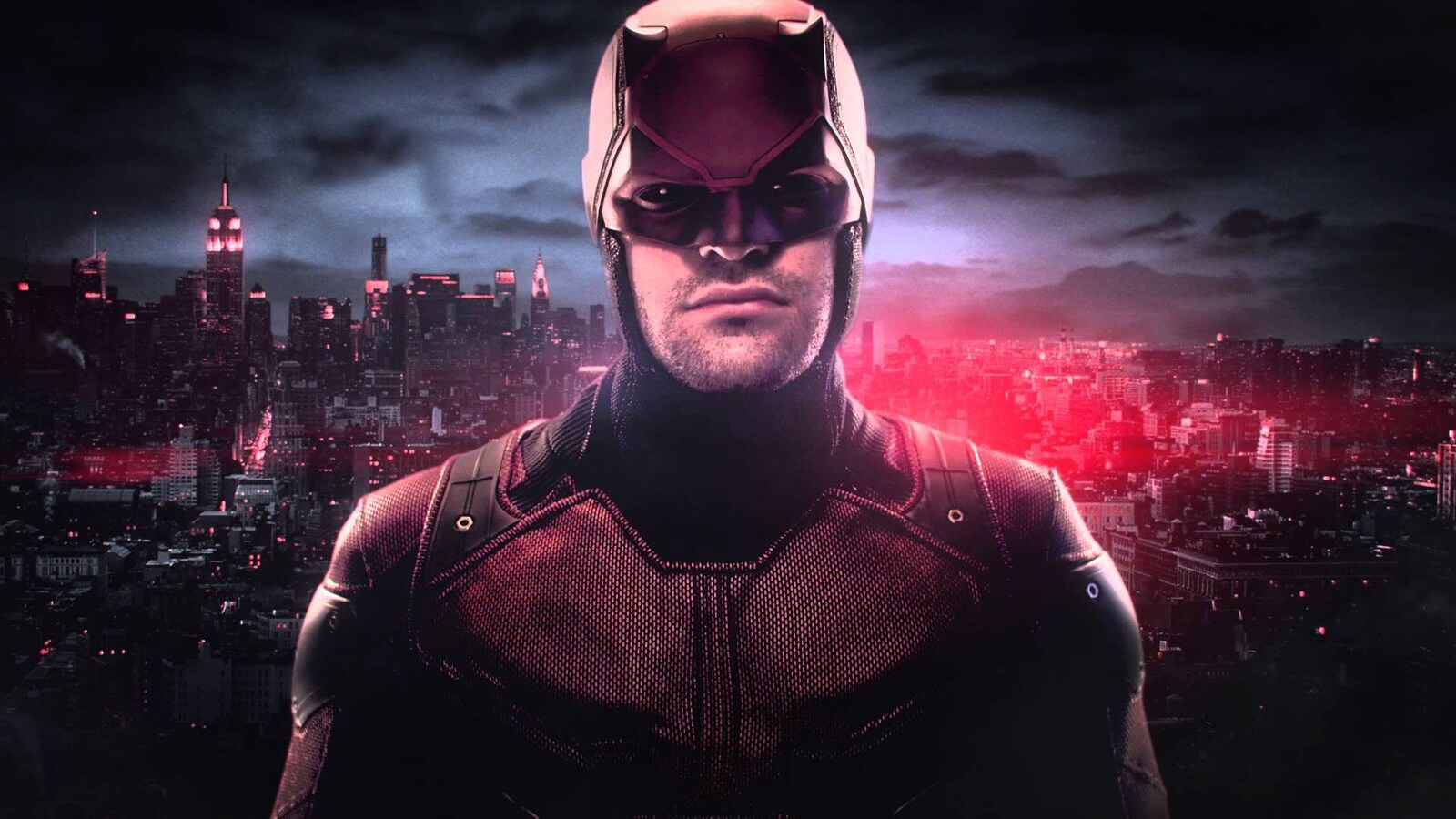 Seems like actor Wilson Bethel was a little too good at his job. In a more than understandable gaffe, Disney Plus has put the wrong actor on the title card for their recently acquired Daredevil series. The show, which originally aired on Netflix from 2015 to 2018, starred Charlie Cox in the title role, but the actor in the horned suit featured on the Disney Plus Daredevil landing page isn’t Cox but series regular Bethel, doing a particularly fine imitation of old horn head.

The image originates from a season three sequence in which Bethel, playing Daredevil’s nemesis, Bullseye, dresses up as the Hells Kitchen Hero in an attempt to ruin his reputation. It’s a pretty effective gambit too, as the actor is almost a dead ringer for Cox when he’s wearing his super-suit. But it is a regrettable speck of mud in the Mouse’s eye on the day the streaming service welcomes all the so-called “Marvel Netflix television series” (and Agents of S.H.I.E.L.D.) into the MCU’s newest and most official home.

A great deal of excitement has surrounded the Disney Plus get of the shows, especially in the wake of Cox’s in-character cameo in Spider-Man: No Way Home and Vincent D’Onofrio’s Kingpin showing up as a big bad in Disney’s Hawkeye series. Both appearances firmly establish the MCU’s proper presence of, at the very least, the Daredevil (former) Netflix series, and that may just open the doors for the rest of the franchises to follow. Jon Bernthal’s Punisher character originated in season 2 of Daredevil and Jessica Jones, Luke Cage, and Iron Fist all joined up in The Defenders following their respective solo series.

But the glitch might be taken by many fans as a lack of overall respect for the various series — especially that of Daredevil, arguably the best received of the Netflix properties and seen by many as the flagship Defenders Saga property. That, and the fact that the shows haven’t been established on Disney Plus’ MCU viewing order timeline — the more or less official structure of where a property slots into the universe’s chronological order — may indicate to some fans that Disney wants to have its cake and not eat it. That is to say, Disney may still consider some aspects — obvious examples being Kingpin and Daredevil — to be MCU canon while the other characters’ positions in the universe may be more nebulous.

In any case, one person likely to forgive Disney for its lack of attention to detail is Cox himself, who seems to be relishing his return to the character and is craving more. Speaking of his recent return to canonical status, Cox told Comicbook.com:

“I love it. I’ve loved every minute of it. And right now I’m just buzzing that it’s kind of happening again, it’s starting up again. And I don’t know where it’s going, I don’t know how much involvement I’m going to have, I don’t know what it’s leading to, but it feels like we’re born again. And so I feel like I’m getting a second chance at the dream job that has… I refer to it as, “There’s the gift that keeps on giving.” It’s been so good to me, I’ve had such a good time doing it, I love playing the character, I love the stories.”

Daredevil, Jessica Jones, Luke Cage, Iron Fist, Punisher, and Agents of S.H.I.E.L.D. are all now available for streaming on Disney Plus/