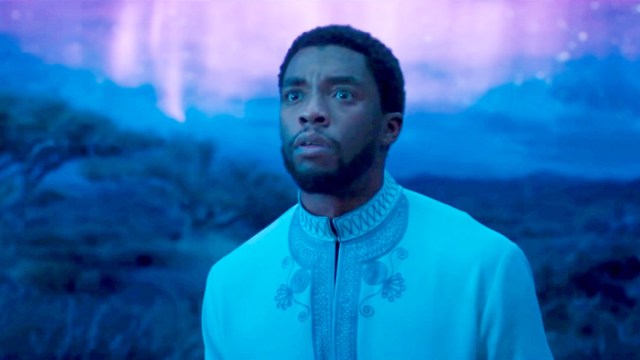 From the very beginning of Black Panther: Wakanda Forever, it is evident that one of the film’s core themes is to honor Chadwick Boseman’s legacy as T’Challa. The story itself starts with the funeral of the King of Wakanda, with his heartbroken sister Shuri, mother, Queen Ramonda, and others in attendance, which is followed by a procession that is observed by the entire Wakandan population. But this undoubtedly heart-touching moment is missing something — the presence of the Avengers.

It feels as if a crucial piece of a jigsaw puzzle is absent to see none of the Avengers or any of the other superheroes alongside whom T’Challa fought, lost, and then won against Thanos, bothered to show up.

In case your memory did you a favor and chooses to forget the tear-jerking scene of Tony Stark’s funeral in the aftermath of the third Snap that annihilated Thanos and his massive army, let us remind you that everyone from superheroes and not-so-super heroes, to anyone even remotely close to Iron Man attended the solemn event.

It wouldn’t have been the first time those from outside set foot in Wakanda, the better part of the battle in Infinity War kickstarted there and had the majority of the MCU heroes present. Bucky Barnes — the infamous Winter Soldier — finally regained control over his psyche and broke free of the Hydra mind-conditioning thanks to T’Challa’s offering to take him in. If not everyone, at least Barnes should have been present during the former Black Panther’s funeral.

So, why is there an Avengers-sized hole in T’Challa’s funeral?

While Wakanda Forever doesn’t answer or even acknowledge the anomaly, it is easy to make some possible inferences as to why the Avengers missed the funeral of T’Challa, a man whose Wakandan army played a significant role in holding off Thanos’ massive forces.

For starters, it is evident from the looks of the ceremony that Wakandan funerals are rather intimate events, especially when it is someone from the royal family. It is possible that only family members and some from the royal council are allowed to attend.

There is also the matter of the brimming air of hostility between Wakanda and many other powerful countries who are waiting to ambush the nation and steal away its stock of vibranium. The danger is further stressed when we see several military men attacking a Wakandan laboratory, intent on getting their hands on the incredibly rare and impossibly powerful metal.

With the Heart-Shaped Herb extinct and no hopes for a new Black Panther rising to protect the nation, it won’t be incorrect to assume that in case the Avengers had wanted to attend the funeral, Queen Ramonda probably denied them entry, refusing to risk Wakanda’s safety by letting in a bunch of strangers she barely met twice.

But Wakanda now has a new Black Panther as well as renewed access to the formerly-extinct herb. We not only expect Shuri to continue her adventures, now in the capacity of a superhero, but also play host to the past — and future — Avengers.