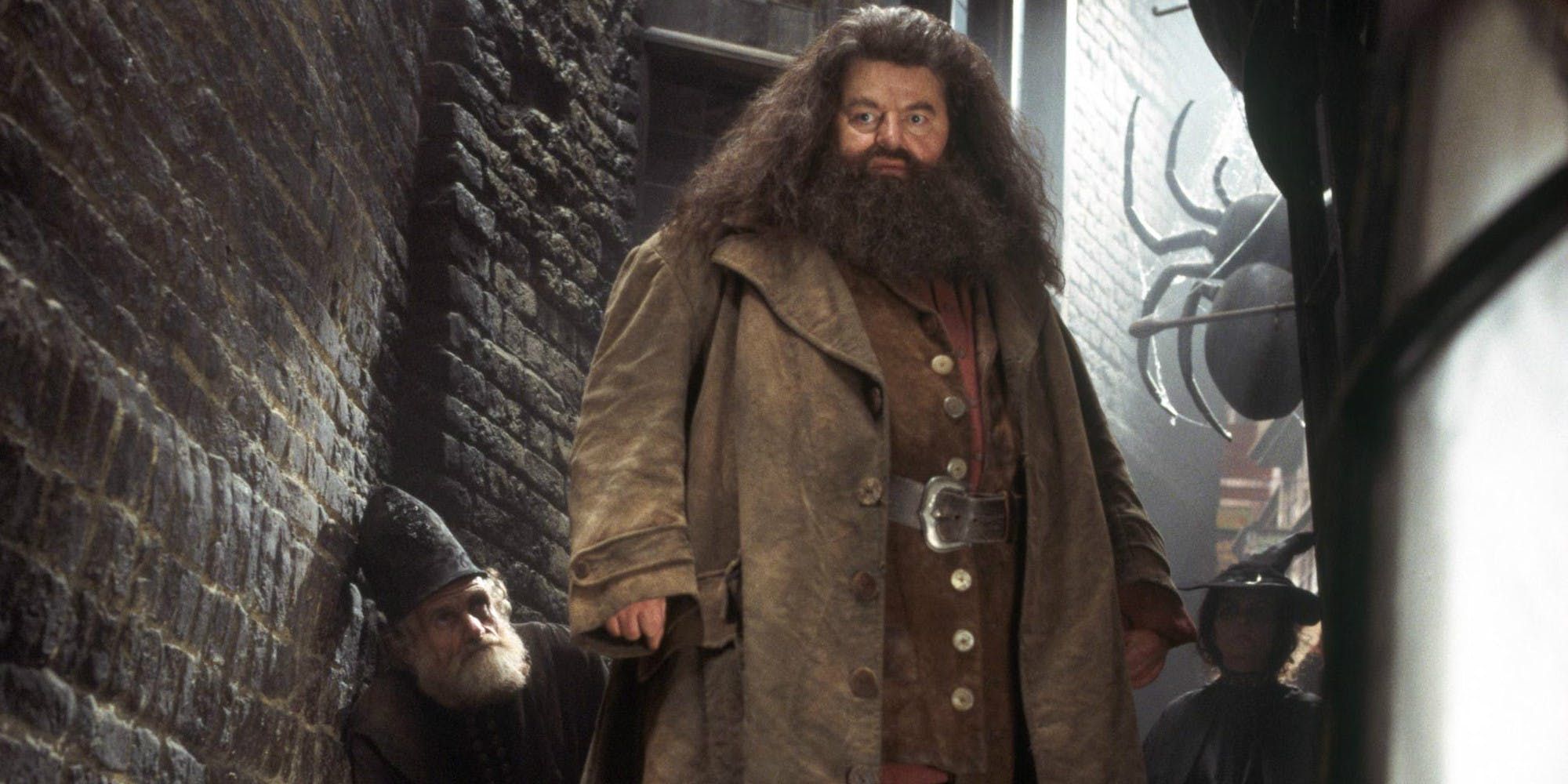 The Wizarding World of Harry Potter is filled with a vast array of enigmatic characters, many of whom go to great lengths to safeguard dark secrets and shady pasts. One such character is Hagrid, the Care of Magical Creatures professor at Hogwarts. While he’s always on the good side and consistently remains one of Harry’s most loyal allies, the seemingly harmless Keeper of the Keys was not legally allowed to do magic. What was the reason behind this weird discrimination?

Despite not being allowed to use magic like everyone else, Hagrid was promoted from Hogwarts gamekeeper to Care of Magical Creatures teacher thanks to Dumbledore’s unyielding trust in him. He remained an active part of the wizarding community and even played a significant role in the Battle of Hogwarts at the end of Harry Potter and the Deathly Hallows. Since he eventually meets up with Harry’s son, Albus Severus, it’s obvious that he retained his post for years, but he still wasn’t supposed to practice magic despite his contributions. Why?

The prejudice against “half-breeds”

Many in the magical community looked down on part-human creatures, insultingly called “half-breeds.” Hagrid was a half-giant, born to Mr. Hagrid, a wizard, and Fridwulfa, a giantess. He was brought up by his father, as his mother left them to reunite with her kin when he was just three, but even though he never got acquainted with the giant half of his family, his status as a half-giant was enough for many to treat him as a subject of scorn.

This behavior was apparent in Harry Potter and the Order of the Phoenix, where Dolores Umbridge openly detests Hagrid for being part-human, part giant. Sadly, Hagrid has been facing judgmental treatment since he was very young. In fact, this prejudice against him played an important role in the beloved character losing his right to perform magic decades ago.

Hagrid and the Chamber of Secrets

Hagrid was a student at Hogwarts School of Witchcraft and Wizardry back in the early 1940s. Coincidentally, this coincided with the time when Tom Riddle, aka the future Lord Voldemort, was a student at school, too. While Hagrid was busy looking after his first-ever dangerous pet ⏤ an Acromantula whom he named Aragog ⏤ Riddle was using the dormant Chamber of Secrets as his own personal playground.

After the Basilisk petrified numerous students ⏤ even causing one to die ⏤ and the one responsible for opening the Chamber couldn’t be apprehended, it was decided that Hogwarts should close for good. As Hogwarts was his only home, Riddle decided to pin the crime on the unsuspecting Hagrid and his pet. He made it seem like Aragog was the mysterious monster hurting the students and Hagrid was the one who opened the Chamber of Secrets. Thankfully, the Acromantula was able to escape into the Forbidden Forest with Hagrid’s help and evaded death at the hands of the Ministry.

As for Hagrid’s fate, Tom Riddle’s word was enough to convince the then-Headmaster Armando Dippet that the half-giant was the real culprit, and Hagrid was expelled from Hogwarts. His wand was broken in half and he was banned from using magic ever again. Dumbledore, however, always trusted Hagrid. He convinced Dippet to let him stay at Hogwarts and be trained as a gamekeeper.

Although his wand was broken, Hagrid continued to use magic in secret. While it was never explicitly stated, he most likely has the broken halves of his wand hidden inside his giant pink umbrella, as he is occasionally seen performing simple spells with it (and botching up the more difficult ones).

When the Chamber of Secrets is opened for the second time in Harry Potter and the Chamber of Secrets, more than 50 years after Hagrid was expelled from Hogwarts, the culprit is once again Voldemort. This time, however, he operates from the pages of his old diary and via a hoodwinked Ginny Weasley. The Ministry of Magic is unaware of either of these truths as a result of being misguided by the likes of Lucius Malfoy (secretly a Death Eater).

When the cycle starts all over again with students getting petrified, it’s once again assumed that Hagrid is the one to blame. Cornelius Fudge, the Minister of Magic himself, arrives to whisk Hagrid away to Azkaban the same night that Dumbledore is asked to step down as Hogwarts’ Headmaster by the school governors.

Though it is ultimately discovered that Tom Riddle, aka Voldemort, was the one behind both openings of the Chamber of Secrets (credit goes to our brave Mr. Potter) and Hagrid was wrongfully punished, all the latter gets as compensation is a release from Azkaban. It leaves one to wonder whether or not Hagrid ever considered trying to complete his schooling in order to be able to practice magic again ⏤ if such a thing would even be allowed so many years after his expulsion ⏤ or if he’s been able to get by with his umbrella and doesn’t think more schooling is necessary.

Whatever the case may be, one truth remains: “It’s not Hogwarts without you, Hagrid.”