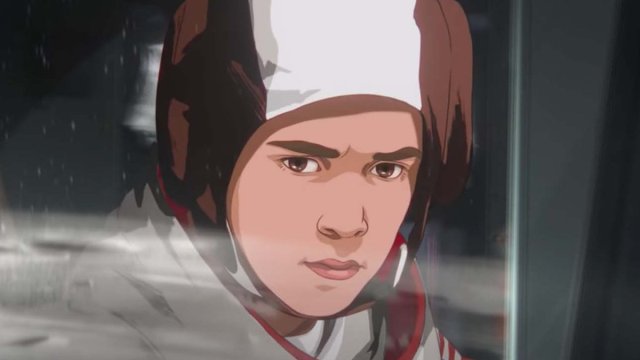 The Oscars are facing a massive controversy this year as many animation fans are angry about The Academy Of Motion Picture Arts And Sciences’ decision to not allow a popular and highly-praised animated feature to compete for the Best Animated Feature Film award.

Which film is not allowed to compete?

The film at the center of this controversy is Apollo 10 1/2: A Space Age Childhood. Written and directed by Richard Linklater, the film is a coming-of-age tale based on Linklater’s own childhood. The film jumps between two perspectives: an astronaut on the historic Apollo 11 mission to the moon and a young child watching it unfold on TV, his dreams and desires being shaped by this massive historical event, all while his future self narrates the moment.

Why was the film not allowed to compete?

However, according to Linklater, the Academy’s reason for the rejection is that it “does not feel that the techniques meet the definition of animation in the category rules” because of live-action footage used during the rotoscoping process.

According to the Academy guidelines:

“An animated film is defined as a motion picture in which movement and characters’ performances are created using a frame-by-frame technique, and usually falls into one of the two general fields of animation: narrative or abstract. Some of the techniques of animating films include but are not limited to hand-drawn animation, computer animation, stop-motion, clay animation, pixilation, cutout animation, pinscreen, camera multiple pass imagery, kaleidoscopic effects created frame-by-frame, and drawing on the film frame itself. Motion capture and real-time puppetry are not by themselves animation techniques.”

The guidelines go on to say that:

“If the picture is created in a cinematic style that could be mistaken for live action, the filmmaker(s) must also submit information supporting how and why the picture is substantially a work of animation rather than live action.”

And this latter section seems to be the core of the Academy’s decision to disallow the film.

However, Linklater and the movie’s animation director Tommy Pallotta disagree with this. In a conversation with Indiewire, Pallotta says: “The only rotoscope in the film is the outline of the characters,” and that “everything else is animated.” The pair also suggest that live-action footage was used as the base for less than twenty percent of the movie. As all the environments and details were animated.

Linklater said, “A lot of it is their own irrational prejudices and paranoia about rotoscoping. In a way, we feel like we’re being penalized for being good at it, and being proud about it.”

Pallotta told Indiewire, “I feel like if I’ve been caught in a Kafkaesque nightmare where someone is saying something isn’t real and I know it’s real. I’ve been producing rotoscope animation for 25 years, and I’m done with people telling me it’s not animation. It’s just such an insult.”

Linklater added, “This decision cuts off the creative flow for a certain kind of animated movie,” Before adding, “will anyone greenlight something like this if it can’t get nominated?” He went on to say that, in his opinion, the animation category is too focused on children’s animation.

“The industry is clustered around kids’ entertainment,” says Linklater. Before adding: “I get this feeling that they’re basically like, ‘Indie weirdos, go home.’”

Understandably, the news has started an absolute Twitter storm of fans of the film and the genre, offering support and rants. Craig Staggs and Steph Swope of Minnow Mountain, the animation studio responsible for animating Apollo 10 1/2, released this statement:

“Apollo 10 1/2: A Space Age Childhood is an animated film.
Minnow Mountain animated the characters in Apollo 10 1/2. And we are f*cking proud of the work we did. We’re a small company and we were honored to be working with Richard Linklater on the film.
Like everyone else, we were shocked by the news that the Academy doesn’t think this animated film qualifies as animation. Despite meeting the written requirements for consideration, and having precedent-setting films that used the same approach, Apollo 10 1/2 was rejected by a small committee of insiders for its naturalistic style.
This independent film, using a 100-year-old hand-drawn 2D animation technique, has been rejected from an animation category dominated by big budget films made with cutting edge 3D technology.
Our hearts break for the film’s ANIMATORS who did an incredible job during Covid lockdown- they made a special film.
They deserve to have their film judged on an even playing field with the other animated films of the year.”

Why is this omission surprising?

Linklater is keen to note that his 2006 film A Scanner Darkly and his 2001 picture Waking Life were also rotoscoped, but they were allowed to compete, showing that these decisions are inconsistent.

Is this a new controversy?

This isn’t a new controversy. It has long been argued that the ceremony’s Best Animated Feature Film category is biased toward family-friendly movies. In fact, after the last Oscars ceremony, Phil Lord and Christopher Miller wrote an open letter in Variety, condemning the show for treating animation as a medium only for children.

Richard Linklater has filed an appeal against the decision. In a letter to the Academy, Linklater said,

“Dear Members of the SFFA Committee and Branch Governors,

I’m writing to appeal the decision by the Academy of ineligibility in the feature animation category of our film ‘Apollo 10 ½: A Space Age Childhood.’

In response to the conclusion that the Academy ‘does not feel that the techniques meet the definition of animation in the category rules‘ because of the ‘extensive use‘ of live-action footage, we’d all argue that this is counter to previously established precedents set by the Academy with two specific films in recent history, ‘Spine of Night’ and ‘Loving Vincent.’

These two films have employed nearly identical animation pipelines that, like ‘Apollo 10 ½,’ feature a frame-by-frame redrawing from live-action reference, NOT motion capture, with hundreds of animators working over 20 months (during Covid lockdown) applying their artistry by hand. The difference between Apollo 10 ½ and these qualifying films is stylistic. This naturalistic style is not a technical choice but rather an artistic choice in the crucial area of how I want the film to look and feel. It is accomplished by the hard work of animators drawing character motion and performances frame by frame, not a side effect of some hidden software or automatic process.

Although not mentioned in the category rules— caricature, exaggeration, and creative design were used as arguments against consideration: ‘the character performances in this film not appearing to be caricatured exaggerated or creatively designed in a significant way that differs from the original footage.’

This is a subjective judgment of an aesthetic choice, and an area the committee should steer clear of when determining eligibility. This unwritten qualification makes it impossible to predict in advance if a film will qualify and is not applied equally to the two previously eligible films.

We entirely reject the outdated and discriminatory notion that, in an industry dominated by the technical advancements in big-budget CGI 3D films, some traditional animation techniques are less pure or authentic even after they meet the technical requirements for consideration.

We now ask for an opportunity to present this case to the SFFA Branch Committee via a video conference to answer any specific process questions concerning this appeal, explain our process, and defend our artistic choices. ‘Apollo 10 ½: A Space Age Childhood’ should rightfully be considered in the category of animated features by the Academy. Please let us know if this can be scheduled in the weeks to come when the committee next meets.

Also, speaking as an Academy member of almost 30 years and nominated in 4 other categories over the years, I’m pretty sure there’s no other branch that offers such a time-consuming (now in our 6th month) and fraught (defending your art) process to determine eligibility. No one should have to go through this.

At the time of writing, the date of this appeal hasn’t been confirmed, and it is currently unknown if Linklater will get a chance to state his case.